A bookshelf for inclusion

Bill Dockery | Summer 2014
A bookshelf for inclusion
A bookshelf for inclusion
Bill Dockery
UU World Magazine Summer 2014 , published by the Unitarian Universalist Association
Life
Social Justice, Social Justice
Since the passage of the Americans with Disabilities Act in 1990, people with disabilities have ramped up their activism. They have sought to claim an equal place in the classroom and the economy. Finding their place in church pews has proven uniquely challenging, since religious organizations are specifically exempted from provisions of the ADA.

Unitarian Universalism, which celebrates itself as a haven for people who aren’t typical of the mainstream, still has work to do to welcome people who are identified as disabled, especially if the disability involves differences of cognitive capacity or emotional competence.

Fortunately, in recent years several books have been published that present the diverse aspects of disability and make the case for inclusion. Some explore the experiences of individuals with disabilities and the theological implications of inclusion, another offers a historical perspective on how society has used the disability label to achieve coercive social ends, and one lays out practical steps that churches can take to encourage inclusion and engagement with people with disabilities.

The only strategy that can combat the preconceptions and prejudices many of us feel is what was once called consciousness-raising: awareness and education that bring out the innate similarities between people who have different collections of abilities. That heart-changing tack is the one Mark Pinsky takes in Amazing Gifts: Stories of Faith, Disability, and Inclusion (Alban Institute, 2012).

“Churches, synagogues, mosques, and temples are places where people with disabilities might not expect to feel excluded, isolated, or patronized, but that has often been the norm,” he writes in his introduction. “For years congregations have effectively excluded people with disabilities from worship—whether by steps and narrow doorways or by straitened attitudes—or segregated them in ‘special’ services.”

Pinsky has assembled sixty-four vignettes of individuals with an active presence in disability advocacy and in religion. Two are UUs, including Barbara Meyers, whose bout with mental illness first brought her to Mission Peak UU Congregation in Fremont, California, and later led her to seminary and a pastoral counseling ministry. She has gone on to develop a curriculum to awaken congregations to the inclusion needs of people with mental disorders, and she serves on EqUUal Access, a denominational advocacy group working toward inclusion in all UU churches.

Andrew Solomon digs deeper into the workings of identity and disability in his book Far from the Tree: Parents, Children, and the Search for Identity (Scribner, 2012). Solomon, a gifted writer with a doctorate in psychology from Cambridge, explores the ways disability and difference affect the parent-child relationship. He probes the physical, psychological, and social complexities of deafness, dwarfism, Down syndrome, and other identities viewed as somehow disabling.

“Difference unites us,” he writes. “While each of these experiences can isolate those who are affected, together they compose an aggregate of millions whose struggles connect them profoundly. The exceptional is ubiquitous; to be entirely typical is the rare and lonely state.”

Illustrating the truism that disability is actually a social construct, Solomon notes: “Labeling a child’s mind as diseased—whether with autism, intellectual disabilities, or transgenderism—may reflect the discomfort that mind gives parents more than any discomfort it causes their child.”

It was just such a discomfort that led Thomas Reynolds to begin a theological examination of disability. When one of their children was seven, Reynolds and his wife were asked not to bring the boy back to church school because he was disruptive, using foul language and having outbursts. The problem was, as they were in the process of learning, that their boy had Tourette syndrome, Asperger syndrome, and bipolar disorder.

Vulnerable Communion: A Theology of Disability and Hospitality (Brazos Press, 2008) is the result of Reynolds’s inquiry. Like Solomon, he posits that the experience of vulnerability is the common thread that links us to one another. He writes: “Wholeness is not the product of self-sufficiency or independence, but rather of the genuinely inclusive communion that results from sharing our humanity with one another in light of the grace of God. To exist as a finite creature is to be contingent and vulnerable.”

Reynolds, associate professor of theology at the University of Toronto’s Emmanuel College, writes of the fundamental vulnerability that all humans face and our need for acceptance, for “home,” for belonging as an antidote to that basic weakness.

“We are unfinished animals that require anchoring in networks of relationships,” he writes. “We need others to nurture and sustain us, making it possible to inhabit a safe, predictable, and meaningful world.”

In A Disability History of the United States (Beacon Press, 2012), historian Kim Nielsen steps back from the personal to look at the broad implications of disability from prehistoric peoples through the beginnings of the twenty-first century.

Early European settlements made no institutional provisions for people with mental illness or cognitive deficiencies, leaving their care to families or communities. But after the Revolutionary War, as the fledgling nation began to shape its civic and social structure, the effort began to determine exactly who was productive and worthy of citizenship.

“Inherent to the creation of the United States,” Nielsen writes, “was the legal and ideological delineation of those who embodied ableness and thus full citizenship, as apart from those whose bodies and minds were considered deficient and defective.”

She also documents the middle and late twentieth century, which saw an increase in advocacy and activism among people with disabilities. On the model of the civil rights movement, access and education came to be seen as rights, not condescension.

Even if a congregation is willing, the institution may be weak. The commitment to inclusion may be there but the follow-through may be lacking. The ways to include people with disabilities are neither easy nor self-evident.

The average religious education volunteer is unlikely to know ways to cope with a child’s repetitive behaviors, outbursts, or extreme withdrawal, much less how to integrate that child into a group of age peers. And the typical RE teacher won’t be qualified to recognize a developmental disorder or plan strategies that can coalesce individuals into a caring fellowship.

In the fellowship hall or the sanctuary, congregants may not have the knowledge or patience to engage with someone who is difficult for them to understand because of a speech impediment or who doesn’t respond appropriately to typical social cues.

To meet the practical needs of inclusion, a professor of special education at Vanderbilt’s Kennedy Center in Nashville has written a how-to guide that addresses the inclusion needs of families and congregations, as well as those of caregivers. In Including People with Disabilities in Faith Communities (Paul H. Brookes Publishing, 2007), Erik Carter systematically outlines how a congregation can determine whether it is effectively welcoming people of all abilities and then design an inclusive RE program.

“Gestures must have authenticity and substance: they must offer much more than just the veneer of welcome,” he writes. “A congregation can say all the right things but still fail to nurture close relationships and fall short of addressing people’s felt needs.”

Carter recommends drafting an RE inclusion plan that maps the way the RE organization will interact with a child who has a disability. But he offers a caution: “These plans help you become an expert on how best to welcome a specific child, rather than on the specific disability condition. It is not important to know all of the details of a child’s diagnosis, just how to support him or her best.”

Carter doesn’t stop with what happens inside the church on Sundays. He suggests ways for congregations to reach out to individuals and families for “the other six days,” acknowledging that a congregation’s ministry can extend to families and even institutional caregivers.

Carter’s suggestion is central to the opportunity for ministry that a person with a disability offers a congregation. The person with a disability may need merely inclusion, a welcome into the fabric of the congregation, and an opportunity to enrich the fellowship. But behind that person may be a retinue of other people who could also benefit from the spiritual support and fellowship that a caring UU congregation has to offer. 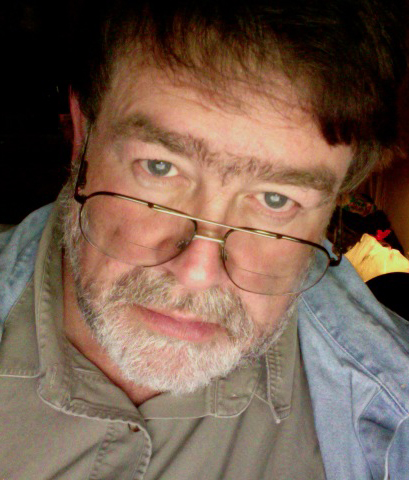 Bill Dockery is a journalist, science writer, and member of Tennessee Valley Unitarian Universalist Church in Knoxville, Tennessee. He has two children, one of whom has intellectual disabilities and other impairments.