May we remember our power to bless, ourselves, and others.

Last year, as I began this unexpected journey [of having cancer], I was a guest at Gifford Hospital, the little county hospital in Randolph, Vermont. The hospitalist, the doctor in charge of the whole hospital, so to speak, visited me several times. In the course of conversation, we discovered that we share the same faith tradition. We are both Unitarian Universalist. He spoke to me of services that he had led. We discovered as well that we share a love of poetry. He spoke to me of lesser-known poets that he admired.

Eventually, the hospital realized that they did not know what to do with me and made arrangements to transfer me to a larger facility. Waiting in the hospital for the transfer, I was surrounded by my children. The ambulance arrived; the drivers conferred with the medical team. They confirmed my needs. I moved onto the stretcher. The ambulance drivers wheeled me toward the door while the air was filled with calls of good-bye as my children prepared to take their leave of me until the next day.

In the midst of this motion and commotion Dr. Smith, my poetry-loving UU hospitalist, raised his hand. He stopped all the motion and commotion. He commanded our attention. Everyone’s. Mine, my family’s, the ambulance drivers’, the medical staff hovering by the door or moving through the hallway. Dr. Smith called us to attention and held us there. Then, he spoke a poem, his voice ringing out, the words filling the otherwise sterile hospital room.

I don’t remember what poem it was. I don’t remember even one word. I do remember that in that moment, Dr. Smith acknowledged the vulnerability of that moment. He allowed us to acknowledge, to mark in some way, that we were embarking on a life-changing journey, a journey that would be transformative—either creatively or destructively, for better or for worse, or both. It was not just a ride in an ambulance, not just a transfer to another hospital. It was equally a journey of spiritual import.

My Unitarian Universalist hospitalist Dr. Smith reached out. He raised his hand in an act of blessing. In doing so, he deepened the bond within our family. He created an opening for grace—an opening to feel our connection to each other and to something bigger than any of us, something bigger than all of us. He allowed us to feel connected in the context of this new journey.

As I have continued on this journey, I have continued to be held in that moment. Continuously surrounded by new medical staff, I found myself curious about them. What blessing would they bring to us?

Has someone blessed you in this way? Did someone act as a conduit for the blessings of the earth, the energy of the earth, to help you remember in the cells of your being, your perfect loveliness?

Who has been there? When you could not find the flower of self-blessing, who reached out in words or in touch? Who acted as a guide, to steer you back to the place of self-blessing?

Turn to someone near you.

Offer them your gaze—a gaze that reflects back to them their essential loveliness.

Place your hand on their shoulder, or their elbow. Offer them your touch—a touch that can help them to reconnect with their source of self-blessing.

May we remember our power to bless, ourselves, and others.

This article appeared in the Spring 2015 issue of UU World (pages 20-23). It is excerpted from a sermon given at Champlain Valley UU Society on February 2, 2014. 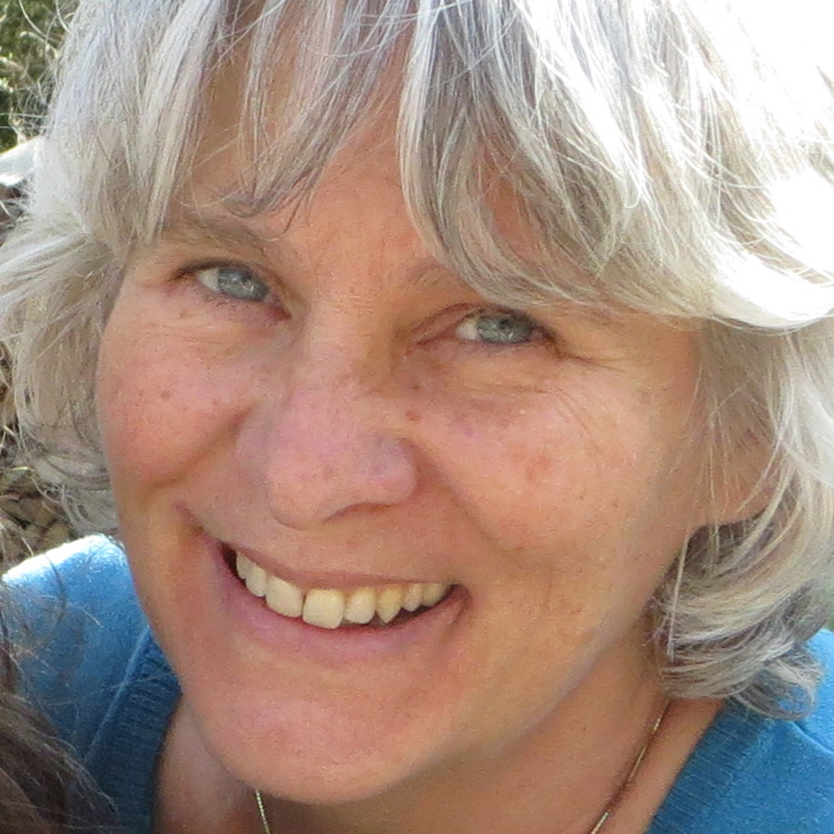 The Rev. Lee Devoe was interim minister at the Unitarian Universalist Congregation of the Upper Valley in Norwich, Vermont, prior to her death on October 18, 2014.