An interfaith gathering at Auschwitz bears witness to human evil—and the beauty of human diversity.

I didn't expect it to be beautiful: well-made, rosy brick buildings, doors with handsome woodwork trim, healthy trees lining the streets. The sky, on our first day in Auschwitz, was an unbearably cheerful blue. Warm air. Birds in profusion.

I had already met people, shared a few meals with them. We talked of our fears going in: Can I handle this? What should I feel? Why am I here? I liked some people, disliked others. But before we went in, something shifted. Everyone suddenly seemed incredibly dear.

Some of us were Jews who had lost family, or whose families survived the camps, or who missed being here by a fluke. Some were Poles whose families complied with the Nazi army, or resisted, or lost their homes when Oswiecim (the original Polish name for Auschwitz) was cleared out for Nazi officers. Some were Germans whose parents had participated in the Nazi movement, or worked in the resistance, or were too afraid to do anything. Some, like me, had no blood ties to what happened here. I wore my chalice to remember the Unitarian Service Committee, which began ushering refugees out of Europe in 1940.

We watched a short film made around the time of liberation, showing what the Russians saw when they arrived at Auschwitz. And then we walked together, all 130 of us, under the wrought iron sign that said, Arbeit Mach Frei: "Work Makes You Free."

Our group was organized by the Peacemaker Community, an international interfaith organization founded by Zen master Bernie Glassman. For five years he has led retreats in Auschwitz, bringing people together to bear witness to the suffering experienced there and to the importance of human diversity, to promote healing, and to bring people to an internal condition the Buddhists call "the place of unknowing."

As we moved through the exhibits on the grounds, our tour guide—a smartly dressed young Polish woman—would explain the meaning of where we stood. This is where they held roll call. This is where they hanged prisoners who tried to escape. The gas used in the gas chambers is called Zyklon B—here under this glass you can see a can of it, what the pellets look like. She explained to us how it was used, who made it—Bayer, of Bayer Aspirin—how it reacted with human skin, how efficient it was.

I had been to the Holocaust Museum in Washington. I had seen exhibits like these. I thought I would be all right. But when we entered the room where—how else do you say this?—they collected mounds of women's hair for the manufacture of blankets and clothing, I saw a woman's whole braid, a rusted clasp, and my heart tore open again.

We were taken into barracks past slatted wooden shelves that three, six, or even twelve prisoners had used for beds. We saw gouges in a ledge where prisoners had eaten the wood. We were taken into a gas chamber. We walked down into the scarred, gray room with neat round holes in the ceiling where cans of Zyklon B were dropped. And then we walked back out into the bright skies, into the mild air.

We gathered around an oddly shaped pond in the spot where the Nazis burned the bodies of their victims. There are ashes in it still. Some people lit candles. Father Tchaikofsky, a priest from a nearby Polish order, made a formal apology on behalf of the Catholic church that went much, much further than the Pope's. He spoke of the way the Gospels had been distorted and used for evil purposes, how the church had colluded and evaded its responsibility, how it had helped the spread of anti-Semitism that exists even today in Poland. "Indifference is a sin," he said. Jews wept, saying they had been waiting their whole lives to hear something like this. Germans wept, Poles wept, for the shame and the secrets and the guilt that they carried—even as the children and grandchildren of the people involved in this war. Then all of us wept—even those of us who wrestled with the powerful urge to say that this wasn't our fault, that what happened here had nothing to do with us.

Each day of the retreat, we sat in the center of Birkenau, where the trains used to unload prisoners. We sat on our bright turquoise cushions on the spot where the arriving prisoners were "selected"—left, to the gas chambers, right, to the barracks. Or to experiments. Or to God knows what. Our periods of meditation began with the chilling sound of a hand-cranked siren. People took turns chanting names of those who died here. The siren faded away, and we were surrounded by voices in all directions. In the distance we heard the trains that still run in the town of Oswiecim.

Ninety-seven of the one hundred names on my list were Krause. Five years ago, I met a couple in Arlington, Virginia, named Krause. They have become second parents to me. I visit them every month. I spend most holidays with them. As I tried to understand my place here, battling the feeling of "not me, not me," here was a message, plain and clear: Yes, you. You can't say it has nothing to do with you.

As children and grandchildren of those who committed these crimes, the Germans on the retreat described a very particular reaction. They said they felt fragmented, that part of them felt like the perpetrators—some of their families profited handsomely from the war—and part of them felt like the victims; inheritors of an unbelievable sorrow, blamed though they themselves had done nothing wrong. They were here, they said, in hopes of becoming whole. In listening to them, I saw that they were part of me, too. In speaking the names, I realized that anyone at Auschwitz could have been named Krause—Jew, gay, political prisoner, hero, indifferent one, Nazi—and all are part of me.

That is what bearing witness means. Coming to a place like Auschwitz, with all of our differences, in all of our brokenness, we realize that we carry in our own persons the pain of the world, the pain that we usually do not feel strong enough to face. Only when we face it together do we have any chance of becoming whole.

On our first day, we came at last to a courtyard and stood before the Execution Wall. Here, candles are kept burning. There are always fresh flowers. My friend Naomi was serving as rabbi for us during the retreat, but she was in tremendous shock. Two great-uncles and a great-aunt died here. She was supposed to lead the service, and she could barely speak. She began singing in a broken voice. I found myself whispering, Come on, sweetheart, you can do it. As clearer and stronger notes crept into her voice, others began to sing with her. Other religious leaders joined her up front—another rabbi, a swami in orange robes, a sheik, a Lakota Sun Dancer, several Zen masters, a Lutheran pastor—all offering chants of mourning, healing, and peace. Native speakers recited the Kaddish, the Jewish prayer for the dead, in Japanese, German, Italian, French, Dutch, English, Polish, Hebrew, and Aramaic, and we joined the refrain: Hai, Amen, Si, Amen, Oui, Amen, Ja, Amen, Tak, Amen. Yes, Amen. We ended our service singing, Sh'ma Yisrael, Adonai Eloheinu, Adonai Ehad: "Listen, O Israel, the Lord your God, the Lord is one."

Our different bodies—tiny Japanese women, big, blond German men, dark, light, heavy, slim—bowed left, right, center, singing louder and louder: God is one, God is one. The spirit that pervades all life, no matter what its outward form, is one. And therefore, we are one. So proclaimed our Unitarian ancestor, Francis Dávid, in the 16th century in this very part of the world: Egy Az Isten—"God is one." And I knew in a deeper way what we are trying to do as Unitarian Universalists. We proclaim that God is one, that there is unity in our diversity, that in our diversity is tremendous beauty and strength. I stood in a place that had tried to crush the beauty of human difference with brutal efficiency, but we, by our very bodies, were proclaiming the beauty of human difference. I always thought unity in diversity was a wonderful ideal, but until right then, I had never really experienced it in my body, experienced a need for it like food. I didn't expect it to be beautiful.

Adapted from a sermon preached to the Unitarian Universalist Fellowship of Easton, Maryland, on December 3, 2000. This essay appeared in the July/August 2001 issue of UU World under the byline Barbara Hoag; the author is now known as Barbara Hoag Gadon. 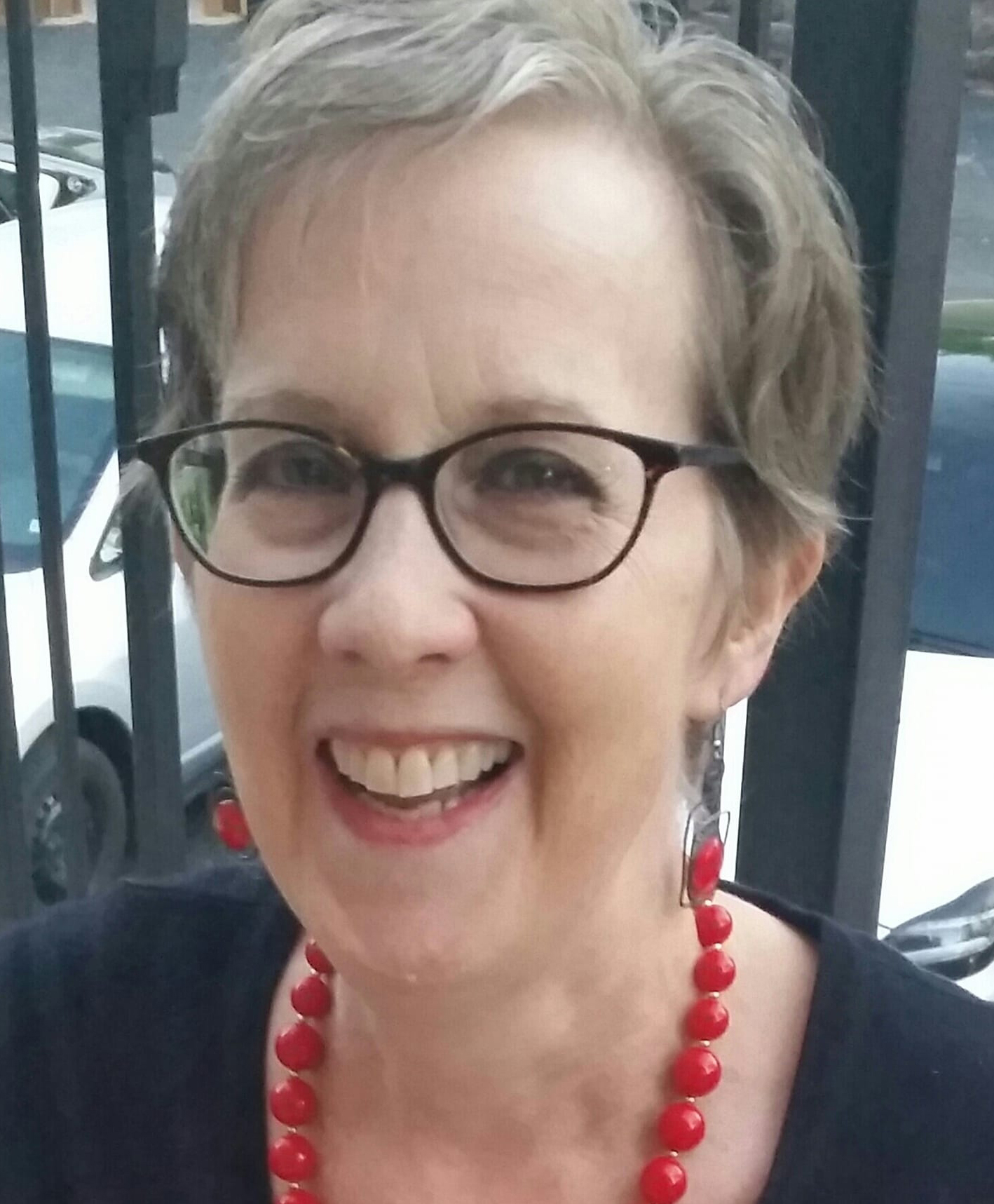