E.J. Graff asks what marriage is for

The author of a history of marriage explains why she thinks the time has come for same-sex marriage.

At one time E.J. Graff took a dim view of marriage. When she was only 10, she says, she looked up at her mother and thought, “I’m not going to be a wife.” As an adult, she had her worldview shaped by the lesbian feminism of the 1970s, which saw marriage of any kind—heterosexual or homosexual—as an expression of patriarchal values. But over time, the Boston-based freelance writer began to change her mind. She attended the weddings of heterosexual friends and started to understand marriage as “an extremely powerful ritual” that “brought friends and families into [the newlyweds’] hearts so they were not alone in their partnership,” she says. She began to respect an institution she had previously viewed as politically retrograde.

Then her partner, Madeline, proposed that they exchange rings. Graff said, “Not unless we have a ceremony.” And so they did, in 1991, at their best friend’s house in a Boston suburb. While Madeline used the words marriage and wedding freely in connection with the event, Graff was determined to avoid them—she says she was reluctant to go down the “heterosexual, patriarchal road.”

Graff clearly had some conflicting feelings. She kept asking herself, “What have we done exactly? Did we get married?” To figure it all out, she began to write. “The more I looked, the more I realized that I couldn’t answer the question of whether I was in favor of us being able to get married without asking the question ‘What is marriage for?’” she says. “The more I looked, the less I could separate it from my mother’s marriage, from my grandparents’ marriages. What was it they had done? And what was its meaning? Finding the answer to that question was the only way I could figure out whether same-sex couples belonged, and if it was an institution I wanted to enter.” So began “an obsession,” as she puts it, that ended with the book What Is Marriage For?, which Beacon Press will publish this spring [1999].

What Is Marriage For? locates the same-sex marriage of the 1990s in the history of marriage, tracing the institution from the Old Testament Hebrews through medieval Catholic theologians to nineteenth century Utopians. As she read widely on the subject, Graff found an ever-changing institution that has always been a battleground, with same-sex marriage only the most recent skirmish in the battle. She discovered that in asking, “What is marriage for?” she was actually asking, “What does it mean to be fully human.”

UU World spoke with Graff about her book at Radcliffe College’s Schlesinger Library in Cambridge, Massachusetts, where she is currently an affiliated scholar.

UU World: How did your book on marriage come to get written?

EJG: I was writing very basic articles on the subject, including one in Ms. At that time, there was almost no one writing about it. Then a number of gay neoconservative men started writing about marriage as if it were suddenly going to make all gay men settle down and confine their sex lives to one husband and start wearing suits and get jobs as lawyers. They didn’t take into account that men are very different from one another and that marriage certainly has not domesticated promiscuous heterosexual men. They also didn’t take into account that many women, including lesbian feminists, have heated debates about whether the institution of marriage has been good or bad for women.

And by contrast with these writers, there were neoconservative heterosexual men who kept saying same-sex marriage would end civilization. I thought, I have to keep writing! I wrote a series of articles, and the more I wrote, the more I realized I had to know more in order both to answer my questions and enter the debate.

UU World: Yet, you didn’t write a conventional polemic on the subject. Instead, you put it in a larger context and come at it from various angles.

UU World: How so?

EJG: Capitalism changed the western world. Once people can make their own living, they have to be free to make their own beds. Once you no longer depend on both tradition and five or ten other people for your financial survival, you can make a lot of choices—to have children or not; to stay together or not, based on your own inner lives. And soon it comes to seem immoral to deny those heart choices—such as to marry or unmarry, based on your heart—to those who want to marry within their own sex.

UU World: Your book does make it clear that marriage has always had a fluid definition.

EJG: Yes. The early Christians, for instance, with their emphasis on celibacy, really took on the existing Roman and Hebrew ideas of marriage. They attacked the notion of marriage as social and civic obligation, an obligation to produce heirs and increase the tribe. And at different times in history, people with entirely contrary views of marriage lived literally side by side under different marriage rules. So you have Jews allowing divorce and Christians forbidding it; Jews allowing an uncle and niece to marry, while Christians forbade you to marry your godmother’s third cousin. I’m not exaggerating! Or you have the English aristocracy saying you could never legitimate a child born before a marriage, while the village juries agreed that a child born after throthplight (engagement) but before the wedding ceremony was legitimate and could inherit. So the history of marriage is the history of debate and change and disagreement.

UU World: What about the emergence of civil, as opposed to religious, marriage? How did that come about?

EJG: Until the emergence of the capitalist nation-states, most marriages were conducted under one or another religious regime. So a 13th-century Catholic couple would be married in the eyes of the Catholic church, while their Jewish neighbors would be married under Jewish law. Their marriages would be governed by the separate laws also. Civil marriage came about only when the nation states emerged and said, “We are going to have a separate set of laws and no longer destroy societies in terrible, bloody ways over religion.”

At that point, starting with the Protestant Reformation, most states took over their dominant religion’s marriage laws. But when the nation-states’ marriage laws began to deviate from what religious laws had been, you had really dramatic debates—like the debates over divorce in the nineteenth and twentieth centuries. Divorce went against what for a couple of millenniums had been the very definition of marriage—that it linked you unto death. That was Jesus’ definition!

UU World: Are children still an important part of our conception of marriage? And does this play a role in our thinking about same-sex marriage?

EJG: Today’s debate over same-sex marriage has three parts. One is the moral and pragmatic recognition that two people of the same sex can make their lives together. That took us a long time to establish—that we exist! The second is, given that we exist, should our basic financial rights and duties be recognized in the same way they have been recognized for a different-sex couple who have agreed to care for each other for their entire lives? The third part is the children part. That is the most contentious. A lot of people think marriage should belong only to procreative couples. But we changed that in the US with Griswold v. Connecticut in 1965, in which the Supreme Court codified the idea that a married couple may block conception. And if conception is voluntary, it can’t at the same time be mandatory.

UU World: Yet the subject elicits so much emotion. How much does that have to do with the use of the word marriage?

EJG: Most of the resistance really comes from that. People don’t want to give us the word marriage because it has a lot of personal, religious, and symbolic meaning. Though I’m surprised by how strong that resistance is. People are a lot more willing to cede the individual component parts. For example, in the Netherlands, the country that is probably the furthest along, we have every right of marriage except the word marriage. It’s called something else there.

UU World: Opponents of same-sex marriage like the conservative writer William Bennett argue that opening up marriage to gay and lesbian couples will lead to the acceptance of polygamy.

EJG: That is pretty standard: Polygamy, bestiality, incest. All through history, any change in the marriage rules—changing the divorce laws, allowing married women to own property separate from their husbands, contraception, interracial marriage—has brought out the same apocalyptic cries: “God will punish you and your children, and civilization will collapse.” I have a whole file of jeremiads! In 1816, when Connecticut was debating divorce, Timothy Dwight, the president of Yale, equated divorcés with prostitutes—they were “impure, loathsome, abandoned wretches . . . the offspring of Sodom and Gomorrah.”

UU World: But you haven’t addressed Bennett’s argument. Does it have any validity?

EJG: Essentially, same-sex marriage can only happen in a society that considers men and women to be not the same but equal. Polygamy, on the other hand, thrives only in societies where men are in charge and consider their wives part of their property. So philosophically, polygamy and same-sex marriage are completely opposed. One is feminist and one is patriarchal in the root sense of the word.

UU World: Still, marrying someone of the same sex involves a major departure from the way that marriage has been viewed. A lot of people—and not just religious conservatives—find it hard to accept.

EJG: What I argue is that marriage has historically been for money, sex, babies, kin, order, and heart. Those have always been violent battlegrounds, but the world has never fallen in when the marriage rules have changed.

The direction of those changes since the nineteenth century has been consistent, and same-sex marriage is in the same direction. If you say, “Yes, couples can prevent conception, and it is still a marriage; yes, couples can come together and come apart, and what they had was still a marriage”; and if you say, “They can choose it for themselves, and it is still a marriage”—those are incredibly radical changes. And they all endorse the integrity of the individual spirit. As society moves toward individual dignity, you have to respect individual choice, and that is how you get to same-sex marriage.

UU World: As you know, UU congregations have done gay unions for years, and a few years ago [1996], the General Assembly endorsed the legalization of same-sex marriage. What other things can a liberal religious denomination do?

EJG: It would be arrogant for me to prescribe what religious denominations should be doing. But churches that care about this issue can do several things. For instance, announce to your congregation that you’d like to recognize committed partners. Make it clear that if a couple wants to get married, your congregation would be delighted to marry them. Church members can still be afraid, regardless of the overall policy of their denomination. They have a lot to lose; they might not be sure. So make an explicit statement. And get involved in the local marriage politics, whatever they are. This issue is being fought jurisdiction by jurisdiction, state by state, and every state needs more people to work for same-sex marriage. 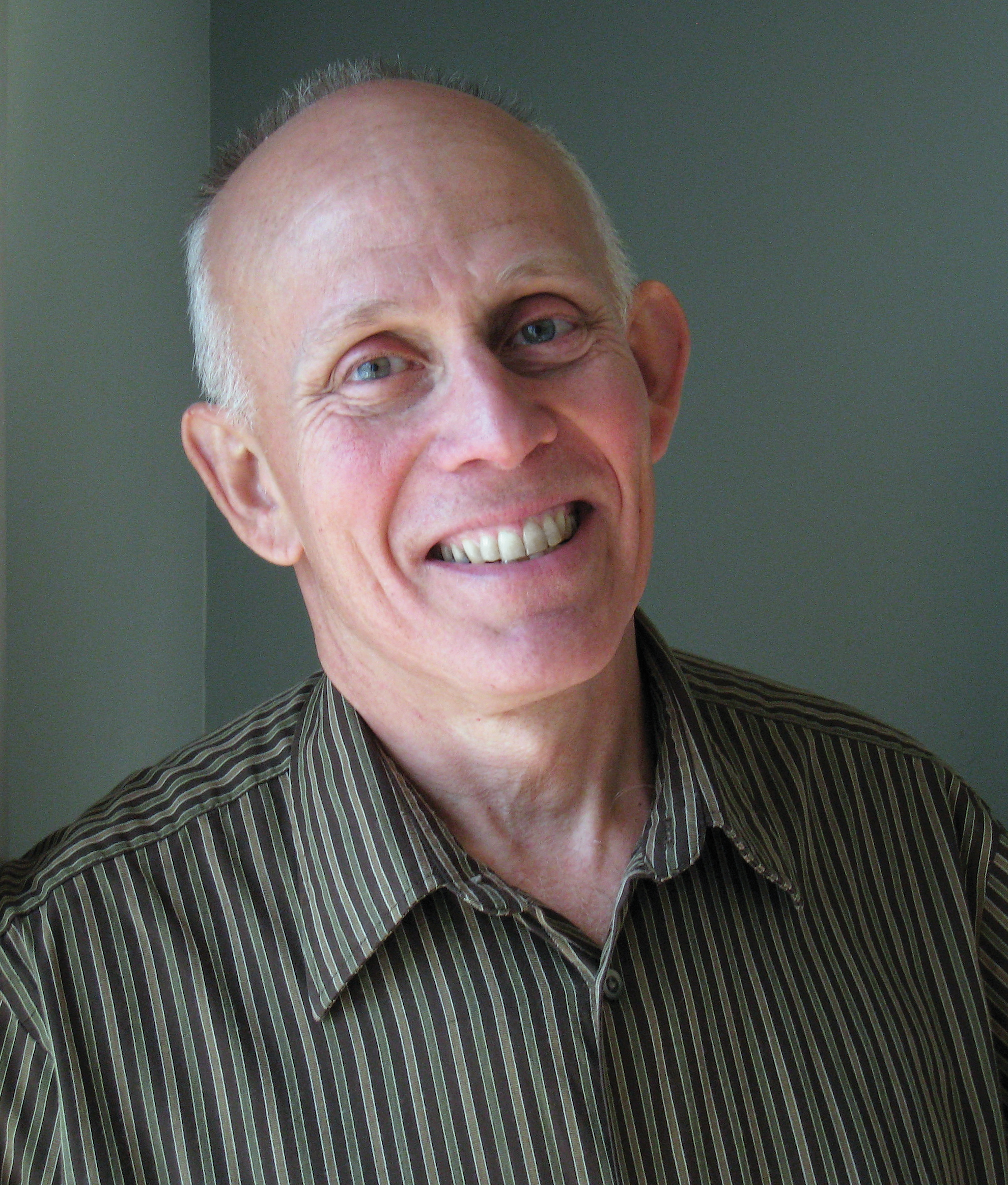 Neil Miller teaches journalism at Tufts University. He is the author of Out of the Past: Gay and Lesbian History from 1869 to the Present (Vintage, 1995); a revised edition will be published by Alyson Books in November 2005.

What Unitarian Universalism looks like, twenty years from now.

Whether we realize it or not, we likely all know sex abuse victims and offenders. Can we be in community with both?