Great art and the gods

Elaine Greensmith Jordan | 3/12/2007 | Spring 2007
Great art and the gods
Great art and the gods
Elaine Greensmith Jordan
3/12/2007
UU World Magazine Spring 2007 , published by the Unitarian Universalist Association
Reflections
Personal Inspiration, Personal Inspiration
I decided to make good on my belief that children who are sensitive toward beauty could never choose to be destructive by escorting five children from San Diego's Unitarian Cooperative Preschool—Kristina, Joelle, Zoe, Mark, Joey (all aged 5)—to the Fine Arts Museum. I thought I might help these kindergartners experience beautiful images, color, mood, and texture.

Kristina and Joelle were dressed for the museum with pretty skirts and clean faces. Zoe, whose mother is an artist, wore black tights and an orange tunic to set off her red hair and freckles. Mark's chubby face was capped with blond curls, like a cherub on a Renaissance frieze. Joey's dark-skinned pensive face was pressed to the car window as if he'd spotted something compelling in the distance.

We arrived and walked across the lawns toward the large reflecting pool, where my charges teetered along the edge. I tried not to worry. They addressed the goldfish, pointing at and talking about their favorites.

While we strolled past the tiny paintings in the first gallery of medieval art, I told the children that they were more than 500 years old. On a whim, I asked them what people were thinking about then. After a quiet look around, Joey said, “God. They were thinking about God."

I was astonished. The picture of the woman holding her glowing child made Joey think of God? Where did that come from? "Yes," I said, "These painters thought about God a lot."

Kristina took the floor with an explanation of Jesus. "You can see him in our church. He's that baby, and he's our savior."

Mark, child of a Jewish father, said, "What's a savior?"

I swallowed. "Well, Mark, a savior is a person some people think comes from God to make things better in this world."

Zoe asked, "Who are the people with the lights behind their heads?" I explained about haloes. Then the five children asked questions about the suffering they saw in the paintings: women weeping, Jesus bleeding, men openly grieving. I told the story of the crucifixion, and the questions continued. Where was Jesus buried? Why did he have to wear the stickers on his head? Was his skull still rolling around in the tomb? How had I become a theologian to five-year-olds?

I ended the question period when I noticed Zoe looking intently at a painting of Jesus' bleeding body. Her eyes filled with tears, but before she could really cry we were on our way up the wide flight of stairs with vivid blue handrails. The glowing molded plastic sculptures we found on the higher floor changed our mood. The children loved every abstract molded piece, and they dashed from one sensuous smooth creation to the other.

Joelle ran to Stargazer, a mammoth round sculpture of indeterminate gender. "My mother is going to buy this one," she said and stood beneath it talking as if to an old friend.

Then we proceeded across the hall to the Pre-Columbian collection. I explained that this was an exhibit found in the earth and ruins of Mexico. Everyone stared, absorbed by the costumes and headdresses, pierced decorated ears, feathers, and shields. I was impressed by the children's powers of observation. By now Mark was annoyed about the museum's rule that nothing could be touched. He had a point. The plastics were so lusciously sensuous, and it would be fun to pick up the Mexican artifacts. He was especially fascinated by the enlarged genitalia on the figures. He wanted to go under the rope barrier and take a closer look. I encouraged him to talk it over with the museum guard, whose smile was kind. No luck.

"Why are the statues so funny-looking?" Mark asked. "That lady has a big stomach and . . . other things." We were back into religion again, discussing the meaning of pregnant idols and iconic animals. I told the children about the worship of fertility gods and household gods.

"How could that fat lady bring good luck to a family?" Joelle asked.

I had no idea, but answered, "When the family looks at her, sitting on a shelf in their house, they feel she's watching over them, like a grandmother." I took the quiet as acceptance of my answer.

"Why did people need the things on their shelf to feel safe?" Mark asked.

"I think they were afraid of a lot of things, like wild animals and darkness. You remember they had no lights they could turn on."

"Are the animals magic?" asked Joey.

"Maybe that's why we can't pick them up," added Mark.

I tried to answer questions about a culture I barely understood. I'd no idea if fertility gods were religious or magical. What was the difference anyway? Where was Joseph Campbell when you needed him?

The guard complimented me on the beauty and behavior of my charges. I looked at them, leaning over the ropes and staring into the glass cases, and saw their charming variety. Joey's habit was to step very close to the glass cases and stare; Joelle talked to the images on display. Kristina liked to follow me and lecture where she could, much as I was doing. Zoe held my hand, wanting protection from tender feelings. Mark's cherubic face had the look of skepticism. For the guard's benefit Zoe and Joelle did a pirouette, or a facsimile, and we left the museum.

On our drive home, the children munched apples while Kristina told about her church. "It was a thousand years ago," she said, cryptically. Then, when no one spoke, she added, "In church you have to be quiet, and there's Jesus. He's hanging on a cross and bleeding."

Mark watched her. "I don't understand people believing in stories about Jesus." He took a bite of his apple and waited for me to clear up the confusions of art and religion.

“I know," I said. “It's hard to understand. People's families have different beliefs, and some go to churches and some don't." How did I get into this? There could be many ways of thinking about faith and God, I told the apple-eaters.

Kristina asked, “Can I throw my core out the window?" ending the discussion, I hoped.

When we arrived back at the school parking lot, Joelle asked if she could write a story about our trip, no doubt full of ideas about a stargazing sculpture. I followed everyone inside, proud of my efforts to expand the world of kindergartners and ready to retreat to my home. Zoe told her friends about the blue handrails. Joey walked to his numbers project and began sliding gold beads on an abacus, lost in thought.

Just when I thought the children were settled into the rest of the school morning, Kristina said, in a loud voice, “We saw Jesus." No one looked up. She had hoped for more.

Mark's mother, a teacher at the school, asked him how the field trip went.

He took a long minute, “They had big bathrooms. The guy there wouldn't let us touch anything."

Nothing more to be said about great art and the gods. 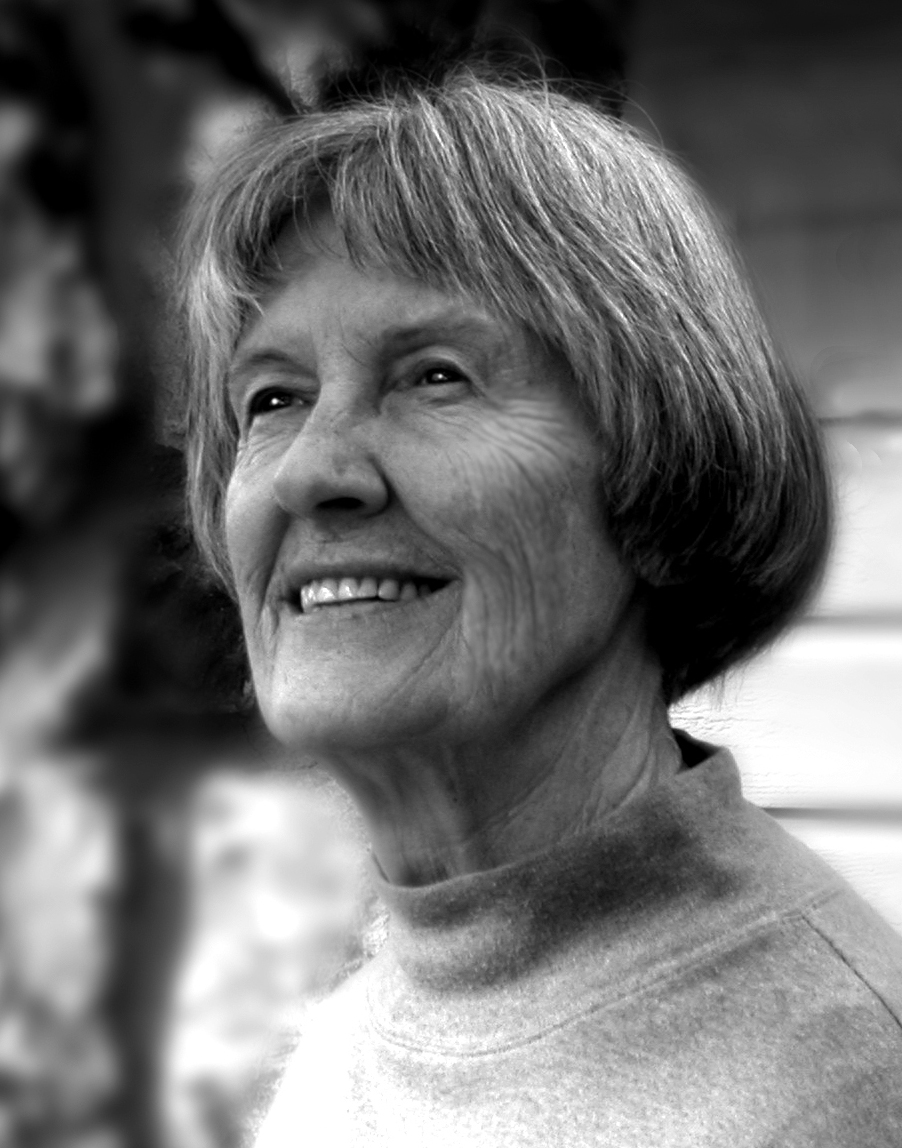 Elaine Greensmith Jordan is a frequent visitor at Granite Peak Unitarian Church and Prescott Unitarian Fellowship in Prescott, Arizona. She has published essays in The Georgetown Review, Inkslingers, From Writer to Reader, Storyhouse, and New Works Review.