My family started attending weeklong conferences on Star Island, a retreat center six miles off the New Hampshire coast, the summer I was eight. Star Island felt like church, since the same kids who were in my Sunday school class at home were here, too. But on the island we had very little supervision. In packs, we crawled into Betty Moody’s Cave—where legend says Betty accidentally smothered her baby—spooking one another into silence. I could go an entire day without seeing my mom, running into her only after dinner, both of us in line for a lime rickey.

My family often stayed in Gosport, a tilting tower east of the nineteenth-century Oceanic Hotel. The Oceanic is the island’s gathering place and the only part of Star visible from the mainland, just a smudge of white clapboard and red roof. Every morning, sunrise woke me through bare windows. I shimmied into a damp bathing suit, gripped a thin towel under my arm, and walked down to the dock, where the 7 a.m. polar bear ocean-dippers congregated around a bleary-eyed lifeguard. The group was made up of competitive kids and adults who liked to start the day bracingly. Steam rose from coffee mugs and from the pitchers of hot water on hand to douse shivering heads and shoulders.

I willed myself step-by-step down a ladder into the frigid gray water, plunged my head under the surface, and scrambled back up, my toes barely registering the dock’s icy slickness. Then I stepped into line for a sticker to add to the procession of identical stickers across my nametag. At the end of the week, with a sore throat and runny nose, I’d show off my seven painful dunks.

The windows in Gosport look out over a rocky path leading from the Oceanic’s vast porch up to the tiny stone chapel at the island’s highest point. When I was still young enough to have a bedtime, I lay on my hard mattress, my little sister Annie breathing evenly across the room, and listened to the adults processing by on their way to evening chapel. I rolled up on my knees and watched them pass, their faces dimly lit by candle lanterns. According to tradition the walk is silent, but I strained to hear murmured conversations, and felt acutely separate.

It wasn’t until high school that I started attending chapel, usually in the mornings. I liked to sit on a bench next to my dad, just outside the chapel’s open door, and listen to a slightly off-key “O Life that Maketh All Things New.” He always leaned back with his eyes closed, his red baseball cap pulled low over his forehead, ankles crossed. Stealing glances, I tried to imagine myself looking so thoroughly at ease. This was where I got to see my parents being not just parents, but adults. Even as a teenager, I could admit the impression this made on me.

A seven-day stay on Star seems much longer. Intimacy is easy and immediate. Recent strangers pass steaming trays family-style in the dining hall, and pile onto sagging couches around clawfooted round tables in the Oceanic’s lobby to play cards and wait for the lunch bell. In the evening, sunset pulls everyone out to the orange-dipped west end of the porch, to drop their arms around one another’s shoulders and gape.

Each year from June through September, writers, historians, photographers, yogis, youth, and other Unitarian Universalist and United Church of Christ families flock to Star, for back-to-back conferences. “Life on a Star I,” my family conference, takes place the second week of August.

At that time of year barn swallows fill Star’s knotty, silver-leaved poplars in perfect camouflage. The birds are invisible until they take off, and then it’s as if the leaves themselves are dislodging and flying up in a cloud.

As a kid I looked forward to this week all year long. Inevitably, it disappointed me. I craved its rituals, but its consistency also made me wistfully nostalgic. I often sat in front of the annual bonfire, two fat marshmallows dripping off a stick, and thought to myself, “This was better last year.”

After eleven years as a conferee, I got a job as a Pelican, a member of the hotel’s summer staff. One crew cleans dishes, another replaces loose floorboards, and another processes bill payments. A roommate cleans your sheets, and the boy you have a crush on separates recyclable bottles out of the trash. Work and free time occur in the same small space, so acts of carelessness are easily pinned to their perpetrators.

In my third Pelican summer, as a kitchen supervisor, I got up at 5:45 a.m. for every breakfast shift and clomped heavily downstairs in clogs and chef pants stiff with grease. Lights on, griddle hood on, water in the steam kettle, burners on high. One crucial step overlooked, and I would hear about undercooked bacon or cold oatmeal.

That August the kitchen received an order of squash, and my co-supervisor Dylan proposed that we make soup. The squash were massive—tan and bulbous, with necks the length of my forearm. They proved nearly impossible to peel and slow to cube with our dull knives. Dylan didn’t get the squash pieces into boiling water until an hour before mealtime. Not only did the rough cubes stubbornly retain their hardness, their volume was laughable.

After twenty minutes we fished out a squash cube with a fork, and stabbed at it, the tines barely puncturing the surface. Dylan burst into tears. I was angry. I took him by the wrist and marched into a dark corner of the dry storage room. Pressed in a narrow aisle between bags of flour, I grabbed his shoulders and told him not to worry, that we would figure this out. Neither of us felt the slightest relief.

Back in the kitchen the kettle of squash was an ominous cauldron. We plucked squash cubes two or three at a time into a metal bowl and, grimacing, pulverized them with an immersion blender. Hot squash juices sprayed on our hands. The resulting soup was thin and under-seasoned.

After a quiet and somber cleanup, Dylan and I escaped to the back of the island. Finally out of chef clothes, I thought about what we had accomplished. Not just that morning, but every day since June. We were amateurs. Yet we had fed 200 to 400 people, three meals daily, week after week.

The two of us settled into a favorite high-tide overlook—an outcropping of rocks that supported our backs like twin lounge chairs. The wind spat salty spray into our faces with each wave. From this perch nothing disrupted the skyline except one massive rock with a long pole protruding from it, like a speared whale. We sat silently as the past few hours receded into the late afternoon.

That was my final season as a Pelican. In September I moved to New York City to take a magazine internship. The following July I returned to Star for just a weekend to see my sister Annie. She had one of my old jobs, setting up and breaking down conference events, and was living in my old room on the fourth floor of the Oceanic. Just off the boat, I pushed through the swinging doors from the dining hall into the kitchen and saw her standing with her back to me. I paused. Annie was wearing a green floral dress to the knee, a leather belt around her waist to secure her walkie-talkie, and high-top sneakers. She was explaining a complicated order of bagels and cream cheese to the kitchen crew. I had never seen her so tan, or so comfortable delegating.

As a kid, my cheeks always burned when I saw the girl with the tattoo of a naked woman on her forearm emptying trash barrels into the island’s pickup truck. My mouth fell open when the swoopy-haired boy with dirty fingernails scooped me ice cream while flirting over his shoulder with his coworker, the girl whose T-shirt had a deep scoop neck she’d cut herself.

That morning I had tucked The Summer Book by Tove Jansson into my backpack to read on the ferry. It’s about a little girl who spends every summer on the same tiny island in Finland. Her grandmother says, “An island can be dreadful for someone from outside. Everything is complete.” The trick was remembering that Star Island only seemed that way, and only sometimes.

I tapped Annie on the shoulder. Steam was rising out of the biggest kettle behind her, and I knew by the smell that it was chili day. She whirled around, exhaled “Hi!” and pulled me into a hug. 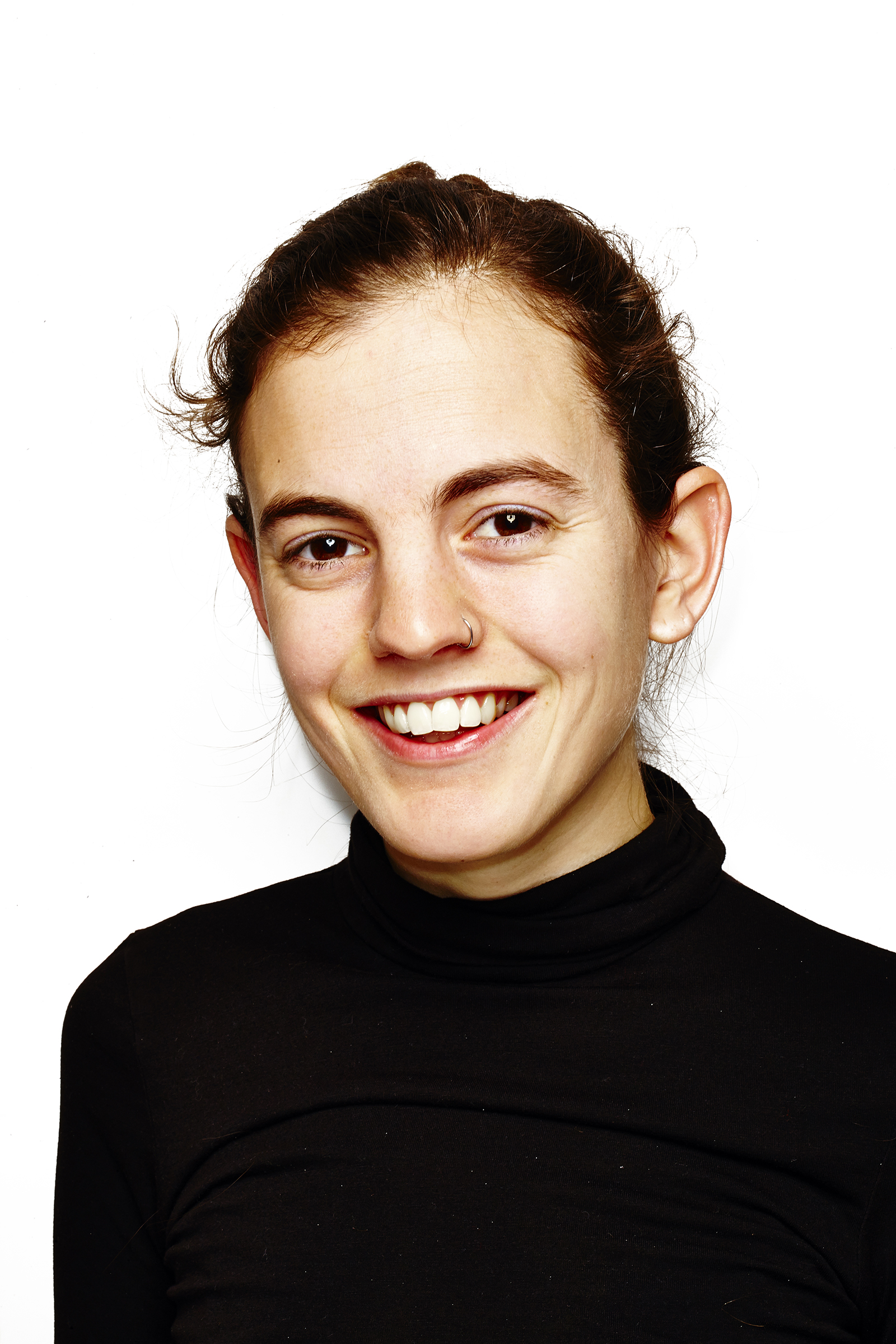 Emma Whitford lives in Brooklyn and is an editorial assistant at New York magazine. She grew up down the street from her family’s church, First Parish Unitarian Univer­salist in Arlington, Massachusetts.

A little of that human touch

A little of that human touch

We all come into relationships with a full array of scrapes and dents, but most of our imperfections can be repaired and need simply 'a little touchup and a little paint.'

Watching a loved one fade into dementia and yearning for grace.