Finding spirit in the sundown

The only way to prepare for facing Alzheimer's is to remain attentive to the present moment.

Laura Randall 3/22/2010 Spring 2010
Finding spirit in the sundown
Finding spirit in the sundown
Laura Randall
3/22/2010
UU World Magazine Spring 2010 , published by the Unitarian Universalist Association
Reflections
Personal Inspiration
My first job after graduating from college was as a medical secretary at a “home for the aged.” I had worked there as a file clerk the previous summer, so I had some contacts with the human resources department.

“Do you have any experience with hospital culture or medical terminology?” asked the woman interviewing me precisely three weeks after my college graduation ceremony.

“No,” I admitted reluctantly, “but my mother is a nurse.”

One week later my trainer, Lisa, was trying to teach me the computer system for transcribing doctors’ orders. I was having a difficult time concentrating, however, because a resident named Alice was screaming at me from across the desk. “Teacher!” she yelled, slamming her tiny fist on the desk with surprising force. “Teacher!”

Lisa saw I was distracted. “You have to ignore them,” she said kindly. “They are like this all the time.” This statement, I found out later, was not exactly true. They were worse at sundown.

“Oh,” I said and redoubled my efforts to read the doctor’s script. I sighed with relief when Lisa was paged to another floor and I could sit with Alice and hold her hand. She stopped screaming.

I shrugged apologetically. “Alice, I don’t know what you want.”

She bit my hand.

People quite naturally fear the unknown and therefore create elaborate rituals that allow us to feel safe and in control. Much of our daily life is devoted to convincing ourselves that we are the masters of our own destinies. With enough planning, foresight, and ingenuity, we can control what happens next. For the most part, life allows us to stay in this delusion.

The truth remains, however, that we do not know what is going to happen next. This is one of Alzheimer’s greatest lessons, as I have learned in my ministry with Alzheimer’s patients in subsequent years. All of the planning in the world will not show you what happens next with this disease. The only way to prepare for facing Alzheimer’s is to remain attentive to the present moment. This is not a comfortable place to be. It is not a safe place. It is an open place, however. It is a place where transformation and connection can occur if it is allowed to happen.

I discovered the importance of being open to the present moment a few weeks after my arrival at the nursing home. During orientation, we were told that it was the hospital’s policy to “re-orient” confused residents by telling them where they were, what the date was, and so on. I quickly came to the conclusion that this approach not only did not work, it was often cruel, as Alzheimer’s patients would become even more confused and agitated when I tried to impose my reality upon them.

So one day, I tried a different tactic. I was sitting at the front desk when Michael pushed his wheelchair up to me. “Can you help me, Miss?” he asked. “My wife went shopping on the island and I think she took my wallet. Now I don’t know what I’m going to do for dinner. I can’t even remember my room number.”

I quickly surmised that Michael thought he was on a cruise. I wasn’t about to tell him that he was in a nursing home instead.

I accepted the role he gave me as cruise director and told him, “Nothing to worry about, sir. Your room number is 216.” I wrote it for him on a piece of paper. “Your wife arranged to have dinner delivered to your room tonight. We are serving meatloaf.” Michael took the paper and made his way back to his room, satisfied that all was right with the world. From that moment on, I decided to pay attention to the world the resident was living in and do my best to join him or her there. I later learned that this approach is called Validation Therapy and more and more professional Alzheimer’s caregivers are embracing it.

Another thing Alzheimer’s taught me is that despite all the confusion, forgetting, and delusions, Alzheimer’s can also cut away so many of the little distractions and some of the social padding that keep us separate from one another. Journalist Lauren Kessler points out that “there’s one thing . . . about people with Alzheimer’s in general: they are real. . . . They don’t have ulterior motives. They don’t manipulate. They don’t play games. They just are.”

People with Alzheimer’s lose much of the social filter that we build for ourselves over a lifetime. It is the filter that tells us to check our emotions and keep potentially upsetting opinions to ourselves. For people with Alzheimer’s, emotions are pure and vibrant. Anger, sorrow, and joy are all expressed as the person is feeling them with the intensity that such emotions often deserve but are rarely given. Such emotional displays can make others quite uncomfortable. This is to be expected. After all, society teaches us that emotional outbursts are almost always inappropriate and we have few tools to deal with such displays of emotion.

David Shenk was struck by the lack of pretense surrounding the lives of Alzheimer’s patients and their caregivers while researching his book on the subject. He writes, “Here were people in the throes of a slow, horrible loss, aggravating and draining, and yet many seemed to be experiencing the fullness of life in a way that made me as a distant observer feel perversely envious. No one in this group seemed dead to the world, stuck in old habits, numb and sleepwalking through daily chores. These people were buzzing with life.” It is almost certainly not the life that the people involved would have chosen, but it is life. It is life with all the heartache and sweetness we can stand.

While people with Alzheimer’s can inspire those of us with typical cognitive functioning to think outside of the box spiritually speaking, that is certainly not the extent of their contributions. Spiritual insights are present for those with the disease as well. They are spiritually alive and active.

Morris Friedell, a former college professor who was diagnosed with Alzheimer’s in the spring of 1998, described the change in his perception this way: “I find myself more visually sensitive. Everything seems richer: lines, planes, contrast. It is a wonderful compensation. . . . We [who have Alzheimer’s] can appreciate clouds, leaves, flowers as we never did before.”

The “newness” of the world around them is echoed by many people in the early stages of Alzheimer’s as is a sense of wonder invoked especially when observing the natural world. Sunlight on the water shimmers with new beauty and an evening snowfall can inspire awe.

Beverly Bigtree Murphy, whose husband has Alzheimer’s, addresses the spiritual mystery of Alzheimer’s in this way, “If you believe in the concept of a soul, then you have to believe that the soul doesn’t get Alzheimer’s any more than it gets cancer. Maybe the soul has an awareness of the life around it that transcends the body or the ability to communicate. . . . Maybe, just maybe, our people have the unique experience of being able to live in two worlds, ours and a freer one that allows them access to insights and awareness we can’t even begin to fathom.”

Perhaps Murphy’s statements reflect wishful thinking, or perhaps she has articulated the sense of mystery that permeates so much of Alzheimer’s. Those of us standing on this side of the Alzheimer’s veil must rely on the sometimes cryptic information given to us by people with Alzheimer’s and trust that there is more to this disease than meets the eye. Friedell compares diagnosis of Alzheimer’s to being on a spaceship without enough fuel to return to earth. “We know we will perish in the interstellar void,” he writes, “yet we hope to radio back to earth images of beauty never seen.”

Experiences with Alzheimer’s force us to confront some of the hardest human questions. It forces family members, caregivers, and patients to see that our precious human intellect and the memories contained therein are not our true essence. This is a hard lesson to be learned in a society that prizes superior intellect, self-reliance, and individuality above all other qualities.

Ethicist Stephen Post writes, “We live in a culture that is, at least in large segments, dominated by heightened expectations of rationalism and economic productivity, so clarity of mind and productivity inevitably influence our sense of the worth of a human life.” Alzheimer’s challenges all of us to question our ideals of rationalism, self-reliance, and productivity. Does human worth lie within these values? Or does it reside somewhere else?

Perhaps this is Alzheimer’s greatest lesson. In the midst of so much ambiguous loss, we can learn to release our fears and enter the unknown openly. We can learn to be present in this one moment because, for the person with Alzheimer’s, there is no other moment. If we can join them in this moment, real human connection and the healing that goes with it can be found.

Shenk asks, “Why are so many people fascinated by Alzheimer’s disease?” He answers, “Because it is not only a disease, but also a prism through which we can view life in ways not normally available to us. Through the Alzheimer’s prism, we can experience life’s constituent parts and understand better its resonances and quirks.”

Alzheimer’s has taught me that the worth of a human life lies not in human potential, as so much of our culture teaches, but in human presence.

It is human “being” in the truest sense of the word.

My time spent in the world of long-term Alzheimer’s care began with my getting profoundly lost and questioning many of my dearly held beliefs. It ended with my knowing that if I could offer some comfort to those with Alzheimer’s and those who love them, my life would be filled with the meaning I was seeking.

Adapted from a sermon delivered on March 8, 2009, at the UU Area Church at First Parish in Sherborn, Massachusetts. 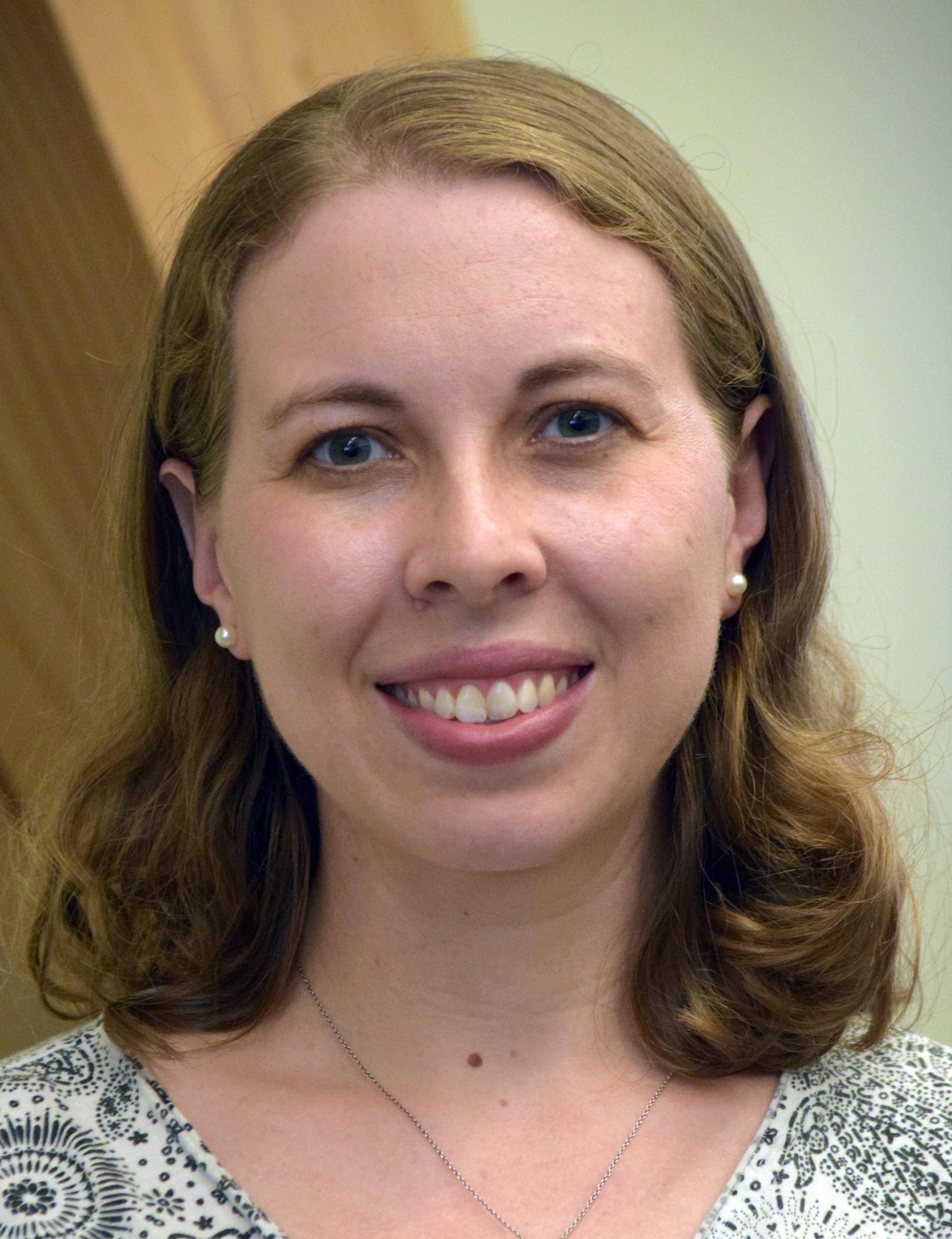