A Unitarian Universalist congregation can be the perfect place to nurture an artist even if it is not the perfect home for the art that results.

Kevin McCulloch 2/24/2014 Spring 2014
St. Vincent, UU hipster?
The UU hipster?
Kevin McCulloch
2/24/2014
UU World Magazine Spring 2014 , published by the Unitarian Universalist Association
Ideas
There is a humanist lineage in popular music consisting of acts that write songs in order to challenge the conscience and uplift the soul. These are acts whose messages feel right at home in Unitarian Universalist sanctuaries—Woody Guthrie, the Beatles, Bob Marley, and U2 all fit this description. St. Vincent does not. Yet a UU sanctuary was the venue for a St. Vincent concert in October, an event that told the story of how a UU congregation can be the perfect place to nurture an artist even if it is not the perfect home for the art that results.

St. Vincent is the musical identity of 31-year-old Annie Clark, who grew up in the youth program of the First Unitarian Church of Dallas. Since releasing her first album in 2007 she has seen extraordinary success. Her third release, 2011’s Strange Mercy, debuted at number 19 on Billboard’s album chart. She has been the subject of a fashion feature in Vogue and has appeared on the cover of Spin. She recorded an album with David Byrne of the Talking Heads, with whom she spent most of 2013 touring Australia, the United States, and Europe. But despite her busy schedule, she returned home to First Unitarian on October 19 to perform an intimate concert for the congregation.

The music that Clark records as St. Vincent is beguiling but enigmatic, alluring but indirect. To the extent that her work is part of a trend, she belongs to a class of indie rockers who reacted against the angst of 1990s alternative rock by embracing a sense of psychedelic wonder. This approach took shape around 1999 when the Flaming Lips, veteran garage rock mischief-makers from Oklahoma, abandoned their low-fidelity sound to release The Soft Bulletin, a grand kaleidoscope of strings, harps, and crashing gongs accompanying stories of wide-eyed amazement. The album was a sensation in fashionable circles and many like-minded acts followed, notably Sufjan Stevens, a singer and composer whose ambitious projects have a high profile among the audience that divides its attention between the contemporary music scene and NPR.

What ties Clark to these acts is her diverse musical training and her desire to paint with as broad a palette as possible. Her aunt and uncle are Patti Cathcart and Tuck Andress, a popular jazz duo known as Tuck & Patti. Clark joined their touring entourage as a teenager, gaining valuable exposure to jazz performance and arrangement as well as the ins and outs of the music business. After graduating high school she trained for three years at Berklee College of Music. She then spent another three years as a backing musician, first with a vaguely cultish pop music collective called the Polyphonic Spree and then with Sufjan Stevens himself.

This training shows in her songs, which despite their artifice are radio-friendly and memorable. Her most representative album, 2009’s Actor, combines the enchanted strings and angelic choruses of Disney soundtracks with electronics, rock rhythms, and distorted guitars to conjure a sound that is broad and inviting. A close listen suggests myriad connections to pop music’s past: a bit of Bacharach here, a nod to Kurt Weill there, some bossa nova, a touch of… Nilsson? Cole Porter? Her lyrics favor contrast and wordplay—“I’ve had good times/With some bad guys” and “Your lips are red/My face is red from reading your red lips” are typical—and her main approach to songwriting is to express strong emotion without grounding it in a definite context. Some of her songs are surely autobiographical but Clark carefully avoids discussing her private life in interviews. Listeners are left to either scrape the songs for clues or devise interpretations of their own, a rewarding but cerebral exercise that threatens to undercut the lyrics’ cathartic drive. “Your heart is a strange little orange to peel,” she sings, “What’s the deal?/What’s the deal?”—a sentiment that perfectly expresses the experience of listening to her music.

Clark has kept up ties with First Unitarian in Dallas. This past summer she invited a number of women from the church to record backing vocals for her forthcoming album St. Vincent. Her mother, Sharon, an active member of the congregation, helped her to arrange the October concert as a gift to the liberal religious community where she grew up. Clark performed alone for an audience composed mainly of congregants, and the lean setting—just a young woman with a guitar and a collection of effects pedals—brought her music down to a comfortable size more accessible to those unfamiliar with her scene. One older congregant I spoke to had seen her perform with her full band on the television showcase Austin City Limits but said she enjoyed this show much more, since it felt similar to the singer/songwriter format more familiar to folk music fans of her generation.

Clark gave the audience a glimpse of her UU roots, observing that the last time she’d played the room she was a gawky fifteen-year-old with an acoustic guitar. She riffed cheerfully on liberal religion at the start, stalling for time as she worked through some technical difficulties. “Human fallibility is what we’re here to celebrate,” she said to laughter and applause, then added with mock gravity, “Thus do we covenant.”

Having listened extensively to her records, I was struck by how solid Clark’s songs are at their core. Even without any trappings they pack a punch. I wondered whether their meaning for Clark changed along with the circumstances. Early in the set she played “Laughing with a Mouth of Blood,” about a break with the past in order to move forward:

And I can’t see the future
But I know it’s got big plans for me
(Oh, what does it see?)

It seemed to me that it must feel strange to sing those lyrics not in an unfamiliar club in a strange city but in an old haunt, surrounded by old friends.

If her homecoming was a strange experience for Clark, though, she didn’t show it. Her performance was graceful and generous, and the audience responded enthusiastically, their pleasure in the music blending with a natural feeling of pride for the accomplishments of one of their own. Many stayed afterward for a small reception in the social hall opposite the sanctuary. I spoke to two adults who had been youth group advisers when Clark was a teenager in the late ’90s and got the impression that her youth group was much like the one I experienced in Atlanta in the ’80s: a haven of acceptance for youth whose sensibilities did not fit the mainstream conservative culture of a large southern city. I began to think that if Annie Clark’s music has a UU message, it is that one can go far with the backing of a community that encourages you to follow your muse.

Instead of an encore, Clark ended the concert with a question-and-answer session with associate minister Aaron White. She talked about the music scene in Dallas, which she praised for its large population of “awesome weirdos,” and said she was lucky as a teen to have found a church that encourages youth to consider big questions while providing shelter when they find themselves out of step with the world around them. White expressed the congregation’s excitement at putting on a St. Vincent concert. “The church feels very cool right now,” he said. “It’s the ‘cool’ church!” exclaimed Clark. “Yeah!” White said, and then paused a beat. “That never works.”

He was right. It doesn’t work. The signifier of the music hipster—exclusive taste shaped by insider knowledge—is directly at odds with the expansive and inclusive vision of liberal religion. As a public figure, Clark cultivates her image carefully and deliberately. After a free-ranging conversation with her interviewer for Spin, she half-joked about how to frame the article: “Don’t write, ‘We met at an organic restaurant and we talked about voice lessons and yoga.’” Whatever her background, Clark is now a rock star. It’s not in her best interest to appear too earnest, and she does not advance her career at this point through informal concerts in church sanctuaries. I thought it spoke well of her, and said much about her family’s relationship to Unitarian Universalism, that she made time for this performance at all.

On my way back to my car I found myself thinking about Emerson, another Unitarian artist whose fame eclipsed his beginnings in the church. The curious position of the UU rock star is the latest example of a contradiction that has been with us since the Transcendentalist struggle to reconcile the romantic individualism of Emerson and Thoreau with the social commitment of Bronson Alcott, Margaret Fuller, and Theodore Parker. In his essays and lectures Emerson rebelled against any constraints that mere convention might place on the free flow of his inspiration. The challenge he faced was the challenge that UU artists face to this day: When you choose to follow your muse, how can you know where that muse will take you? How do you remember who you are and where you came from when reaching for the sublime?

This article appeared in the Spring 2014 issue of UU World (pages 59-62). Photograph (above): St.Vincent (Annie Clark)—seen here singing in Amsterdam in 2009—performed a benefit show in October 2013 at First Unitarian Church of Dallas, the UU church she grew up attending. (© 2009 Guus Krol) 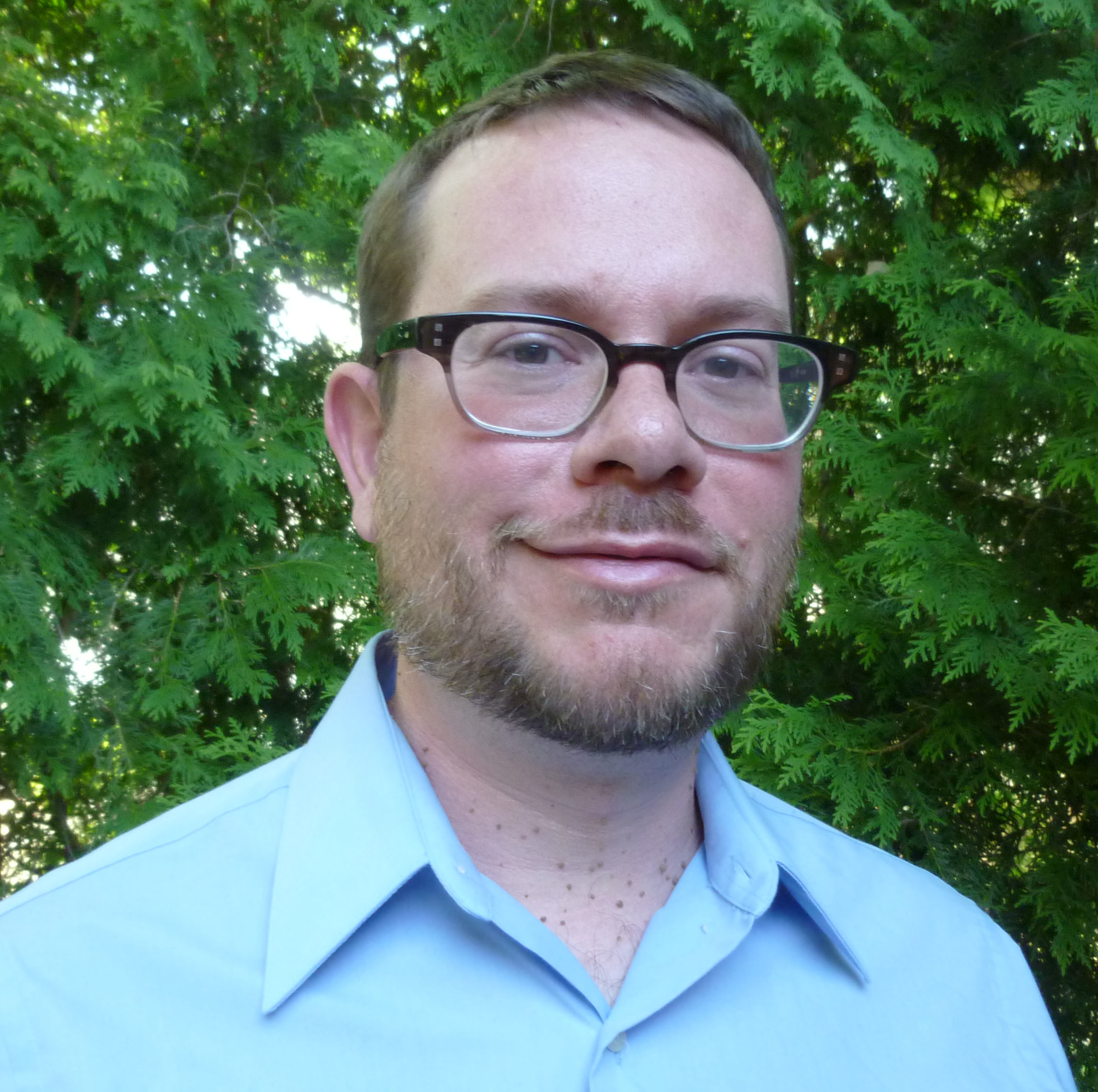