Three liberal theologians take on the problem of suffering.

Myriam Renaud | 8/18/2014 | Summer 2014
Suffering on trial
Suffering on trial
Myriam Renaud
8/18/2014
UU World Magazine Summer 2014 , published by the Unitarian Universalist Association
Ideas
UU Theology
As an adult, Rebecca Ann Parker was burdened with terror. Suspecting that its source lurked in her past, she turned to pastel crayons and rough paper to prod her memory. The drawing she created showed a small girl, naked, running from her neighbor’s house, her face twisted in a scream.

Today the Rev. Dr. Rebecca Ann Parker is a theologian, an activist, and president of Starr King School for the Ministry (retiring in June 2014). In Proverbs of Ashes, a book she co-wrote with Rita Nakashima Brock, she describes her childhood sexual abuse and the decades of suffering that followed. She rejects the Christian theology with which she was raised—which praised Jesus for submitting to torture on the cross to save humankind.

Instead, Parker embraces a healing theology, found where she least expected to find it—in the difficult work of revisiting her abuse. She is convinced that even when her tormentor held her pinned across his lap, God was present, sustaining her with “a love that exceeded her imagining.” For Parker, no amount of violence can extinguish the divine breath, the holy fire of God, burning “at the heart of life.” This holy fire makes our lives “places of illumination” and inspires us to act for justice and liberation. (See this UU World excerpt from the book and this interview with Parker and Brock.)

Suffering also undergirds the religious thought of nineteenth-century Transcendentalist, Unitarian minister, and abolitionist the Rev. Theodore Parker. According to Dean Grodzins’s American Heretic, by the time Parker was 27 years old, he had lost both parents and eight siblings. Miserable in a tense marriage, childless but longing for a large family, Parker developed a view of God that was shaped by sorrow.

He had a religious epiphany as one of his sisters lay dying. Racked with grief, he suddenly knew—knew—that he would see his sister and the rest of his family in heaven. God would protect him from the “lasting harm” of their deaths. Suffering in this life is temporary; it prepares us for a “future state of eternal happiness.” Religion, Parker decided, is quite simple: it is the absolute, endless “love of God.” God merely asks us to try to be perfect as he is perfect and to do good as often as we can. Any other beliefs are transient. Since they distort the truth, they are bound to pass away.

The humanism of Anthony Pinn, a UU religious studies professor at Rice University, offers yet another response to suffering. In Why Lord? Suffering and Evil in Black Theology, Pinn explores the history of African Americans and rejects the idea that suffering is redemptive. “Suffering is evil and it must end. . . . To think otherwise is to deny the value of human life.” Asking what kind of God would allow suffering to persist, Pinn rejects God altogether.

In Pinn’s view, suffering results from “human misconduct.” The solution? An “optimistic,” secular humanism that places our destiny in our hands. Pinn trusts that we can end oppression and find ways to eliminate other kinds of suffering. When we finally stop waiting for divine help, he says, we will take the initiative to help others and ourselves.

Both Rebecca Parker and Theodore Parker would protest some of Pinn’s claims. They didn’t wait for divine assistance before helping others, and belief in a loving God made their suffering bearable.

How are we, as religious people, to understand the suffering of a molested 5-year-old, of a brother grieving the death of a beloved sister, of children sold into slavery? To make sense of her suffering, Rebecca Parker revisited her abuse and discovered God’s holy fire. Theodore Parker’s suffering taught him to see God’s love at the core of religion. Anthony Pinn grappled with centuries of African-American suffering and concluded that no God exists. And you? Do you have a theology of suffering? 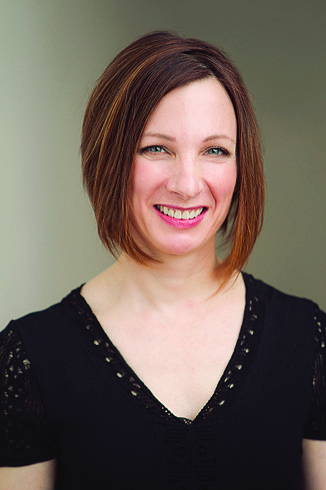 The Rev. Myriam Renaud is a Ph.D. candidate in theology at the University of Chicago Divinity School and managing editor of Sightings, which analyzes religion in current events.

As national events chip away at my First-Principle practices, I have to wonder: What will be left?