What does it mean to talk about 'peaceful' or 'violent' religions?

Jeff Wilson | 3/13/2006
The difference between peaceful and violent religions
Onward, Buddhist soldiers?
Jeff Wilson
3/13/2006
UU World Magazine , published by the Unitarian Universalist Association
Ideas
UU Theology
Venerable Ellawala Medhananda, a famous Sri Lankan Buddhist monk, doesn’t mince words. Speaking to Reuters in February, he declared: “If Prabhakaran is dead, Sri Lanka is a better place. He is the stumbling block to the peace process. We should take his influence out of society.”

Medhananda, the leader of a nationalist Buddhist political party, was calling for the assassination of Velupillai Prabhakaran, a chief architect of the religious and ethnic conflict that has killed more than 60,000 people in Sri Lanka. Depending on one’s views, Prabhakaran is either a Hindu terrorist who threatens Sri Lanka’s democracy or a freedom fighter struggling to achieve justice for his oppressed Tamil minority. With Muslim killings over cartoons and Buddhist calls for the murder of opponents, this seems like an excellent time to reflect on the rhetoric swirling around violence and religion in the modern world.

Buddhism, after all, is widely considered a “religion of peace” by people in the United States, and this perception is especially strong among religious liberals. In the 19th century, Unitarians were instrumental in bringing knowledge of Buddhism to the West, and much of their interest stemmed from perceptions that Buddhism offered a rational, peaceful, pragmatic approach to religion—in contrast, they thought, to much of Christianity. Even opponents of Buddhism expressed admiration for the character of the Buddha, whose commitment to moral principles and personal integrity impressed Unitarians, Protestants, and Roman Catholics alike. Later, attitudes such as these were important in bringing many Euro- and African Americans into the Buddhist fold during the tumultuous latter-part of the 20th century. And in part because it was people who sympathized with Buddhism’s reputation for rationality and peacefulness who tended to become Buddhists, Buddhism in America often operates as a form of liberal religion.

To offer an anecdotal example, Buddhism was given such favorable coverage during my years in the Sunday School at the Universalist Church of West Hartford, Connecticut, that I recall thinking as a young boy, “If I ever have to choose another religion when I grow up, it will be Buddhism.” Being Unitarian Universalist, of course, I didn’t end up having to choose: I’ve been a Buddhist for a decade now without abandoning my UU commitments, and they find a happy marriage in my editorship of the journal of the Unitarian Universalist Buddhist Fellowship.

Although Buddhism’s history is less checkered than that of Christianity or Islam, there are plenty of dirty little secrets that Westerners rarely learn about. Buddhist monks, for example, have marched with armies in nearly every Buddhist country. In some times and places, the monks were the armies: They clashed with rival sects, supported certain political figures, or enforced fealty on the part of serfs. Buddhism was used to justify Japan’s imperialism before and during World War II, with Buddhist monks praying for the death of President Franklin D. Roosevelt. One legend claims that in a previous lifetime the Buddha preemptively killed a man to prevent him from murdering 500 others. The slippery slope that this logic sets up is one that more than a few Buddhists have slid down to achieve their own ends.

So is Buddhism a “religion of nonviolence” or a “religion of war”? What about Islam: Is it, as President George W. Bush has asserted, a “religion of peace”? Or is it a “religion of violence,” as televangelist Pat Robertson and many others declared in the wake of September 11? And what about Christianity, for that matter, which provides us with a Jesus who blesses the peacemakers and a Jesus who comes with a sword—both of whom have had their fair share of devotees?

There has never been a religious person who was not part of some culture, ethnic group, and class, and who wasn’t affected by the political situation of his or her people. Once we recognize this undeniable truth, we can begin to understand why religious calls for peace or for violence are never as simple as “my religion is peaceful” or “their religion is violent.” The protests over cartoons that demean the Prophet Muhammad are as much about historic grievances over European and American imperialism in Muslim regions as they are about religious concerns over idolatry.

Furthermore, no religion has ever come down to us unconditioned by its past. Being part of an imperfect human world, no religion has ever existed for long without some struggle and conflict. That holds true for Buddhists as much as anyone, with the postcolonial politics of Sri Lanka’s religiously-tinged civil war offering a prime example.

This does not mean that religious violence is “merely” about culture or politics. But religious people always have particular cultural and political loyalties that influence their religious responses. And when people feel threatened or insulted, there are few if any religions that lack elements that can be used to justify violence, whether offensively or defensively.

One common mistake in attempts to classify religions of peace and violence comes from trying to find an authoritative spokesperson for a whole religion or imagining that religions are unitary things. In the West, Buddhism and Islam are relatively unfamiliar faiths, and so many people fall into the trap of thinking there is some single entity out there named “Islam” or “Buddhism.” In reality, there are many different Buddhisms, different Islams, different Christianities. There are Buddhisms of war and Islams of peace, just as there are militant and pacifist Christianities. Which is the true Buddhism, Islam, or Christianity? There is no way to answer such a question without reference to one’s own preferences, theological commitments, and prejudices—which are often informed by ethnicity, race, wealth, or other factors that impact our religious sentiments.

It’s natural to ask whether Unitarian Universalism is a religion of peace or a religion of violence, but it’s far harder to come up with a definitive answer. Of course, UU congregations affirm and promote “the goal of world community with peace, liberty, and justice for all.” Our history shows that affirming a lofty goal doesn’t mean we’re all of one mind in how to achieve it. In the United States, Unitarianism produced numerous Secretaries of War, including John C. Calhoun and Alphonso Taft; more recently, two of President Clinton's Secretaries of Defense were Unitarian Universalists. Our liberal faith also produced prominent pacifists like John Haynes Holmes, the Unitarian minister who famously declared on the eve of America’s entrance into World War I: “If war is right, then Christianity is wrong, false, a lie. If Christianity is right, then war is wrong, false, a lie.” Many Unitarian and Universalist ministers disagreed.

We cannot employ carnal weapons nor any physical violence whatsoever to compel moral agents to do right, or to prevent their doing wrong—not even for the preservation of our lives. We cannot render evil for evil. . . . We cannot do evil that good may come.

All religions contain seeds that can lead to peace or to violence, depending on how we choose to nurture them. Late in the Buddha’s life, King Vidudabha of Kosala marched to war against the Buddha’s people, the Shakyas of Kapilavastu. As Vidudabha rounded a bend, he found the Buddha sitting in the hot sun under a withered tree on the Kapilavastu side of the border. Asked why he didn’t move to a shaded spot on the Kosala side, the Buddha replied that one always finds one’s own land most agreeable. The King was struck, and pondering this he went away. Two more times he brought his armies against Kapilavastu, and again the Buddha dissuaded him. But finally the King determined that he would not be swayed, and he sacked Kapilavastu, massacring the Shakyas.

The Buddha had many thousands of followers, but he did not raise arms to drive away the invaders. The conflict grew out of years of disputes between the two peoples, and he saw that there was no point in trying to deny the inexorable karma driving the situation. All he could do was weep. Perhaps prefiguring Adin Ballou, he is reported to have said: “Hatred is never overcome by hatred, but only by love—this is an eternal law.”

From this story some Buddhists learn that unrelenting attachment to one’s homeland is an acceptable part of their religion. Other Buddhists learn that war and violence bring only misery. In the end, every religion is continually reinvented as a way of peace or a way of war each time an adherent chooses violent or nonviolent means to deal with a troubling situation. The only constant is that some learn one lesson from their past and some learn another. 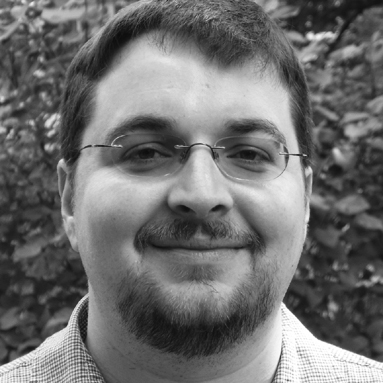 A Unitarian Universalist from childhood, Jeff Wilson is an assistant professor of Religious Studies and East Asian Studies at Renison College, University of Waterloo. He is a contributing editor for Tricycle: The Buddhist Review and Killing the Buddha, and the author of The Buddhist Guide to New York (St. Martin’s Press, 2000) and Mourning the Unborn Dead: American Uses of Buddhist Post-Abortion Rituals.