Michael A Schuler 7/6/2009 Summer 2009
The promised land is under your feet
The promised land is under your feet
Michael A Schuler
7/6/2009
UU World Magazine Summer 2009 , published by the Unitarian Universalist Association
Forum
Families & Faith Development
Americans are said to thrive on change and novelty. But do we? Humans are curious creatures, and it’s natural for us to want to explore new terrain. Nevertheless, a compelling case can be made for resisting this impulse. Thriving also has something to do with settling in.

Novelist Wallace Stegner was a close observer of American culture. He once observed that people in this country can generally be assigned to one of two categories: “boomers” or “stickers.” He lamented that the former—folks who with very little forethought will pull up stakes and head for the latest boomtown—were becoming increasingly dominant. Modern society, Stegner complained, schools its citizens in discontent and encourages us to “get up and get out.” The itch for greener pastures or greater adventure—symptomatic, perhaps, of an unresolved frontier fixation—is one we just can’t resist scratching. But, Stegner wrote, “Neither the country nor the society we build out of it can be healthy if we don’t stop raiding and running and learn to be quiet part of the time, and acquire the sense not of ownership, but of belonging.”

Stegner first voiced this concern a half century ago, and today the average American pulls up stakes and heads for a new home, neighborhood, or community about once every seven years. Rather than create viable livelihoods and livable communities where they already are, Americans have continually hankered for a new environment more suited to their needs. “Our Promised Land has always been over the next ridge or at the end of the trail, never under our feet,” Indiana University’s Scott Russell Sanders writes in an essay entitled “Settling Down.”

The reasons for all this meandering about aren’t necessarily trivial, and boomers sometimes protest that they don’t have much choice. The explanations people give include loss of local employment, educational opportunities elsewhere, environmental health issues, and the need to live nearer to close relatives. Nevertheless, a good bit of this transience appears to be based on internal restlessness rather than real necessity. People “get up and get out” for the sake of a more congenial climate, an upscale lifestyle, or a more child-friendly atmosphere. I’m familiar with these rationales because earlier in life my wife Trina and I made similar choices. At this stage of the game, however, I’m pretty well convinced that the American reluctance to sink our roots too deeply in any native soil has had a negative impact on families, communities, and ecologies. In my book Making the Good Life Last, “stay put” is one of four key principles (pay attention, exercise patience, and practice prudence being the other three) that I deem critical to the creation of a sustainable life path.

For the past two decades our family has lived in the same tightly integrated neighborhood. We have watched our son and his friends move from infancy to adulthood and then leave home, and we have marveled at the many changes that have occurred in our surroundings and in ourselves. While it is certainly conceivable that circumstances might eventually cause us to move elsewhere, we would take that step with great reluctance and with a genuine sense of loss. Trina and I enjoy our status as stickers and wish more Americans shared our own appreciation for its pleasures.

People come to the city where we live, Madison, and swoon over its most obvious assets: four beautiful lakes, Frank Lloyd Wright buildings, the nation’s biggest farmer’s market, its expansive park system, and its funky State Street shopping area. They say that they “love” the city, but what they’re really describing seems more like infatuation than real devotion. Commitment comes when residents become curious and attentive enough to develop a deep sense of identity with the place, after which they begin seriously to care. For a bona fide sticker, the fate of self and the fate of community are felt to be intertwined.

Communities owe their health and beauty to those with the fortitude and faithfulness to stay put—those who, as Stegner wrote, are prepared to place homemaking ahead of profit making. For stickers, a house is first and foremost a home and only secondarily an investment. Such residents are thus more likely than most to protect a community from those whose paramount concern is their own enrichment.

These are people who’ve been around long enough to know that their community actually has character and that this is one of the qualities that makes it habitable. As time passes, stickers inevitably learn something of their local history, recognize important landmarks and artifacts, and come to understand who and what makes the community tick. The economic, cultural, and environmental forces that have shaped and reshaped the region are obvious to stickers, and they are eager to do what they can to maintain continuity with the healthiest aspects of the past. When Terry Tempest Williams urges us to “stay home,” it is for this express purpose: to deepen our knowledge of and commitment to the place and the people we are part of.

Of course, sticking does­n’t guarantee that the special identity of a community will be preserved and its long-term interests well served. Often the developers, real estate brokers, and investors who are most responsible for altering its character can cite long residency and routinely express great pride in their community. But because their first priority is profit making, actors such as these tend to think and perform more like boomers than stickers. Despite their status as homegrown products, they have nevertheless aided and abetted a development process that has rendered many of America’s towns and cities culturally sterile and commercially homogeneous.

To be a sticker is not to be an obstinate opponent of change, but to be a person who understands his or her community thoroughly enough to know what deserves to be left undisturbed, what needs to be restored, and what is, in fact, dispensable. In the absence of persons with this level of sensitivity, indiscriminate profit seekers and indifferent newcomers will sap a community’s strength.

So Wallace Stegner is surely right about society’s need for more stickers, by which we mean persons who are willing to make a spiritual as well as a physical commitment to a place. Equipped with in-depth knowledge and an appreciation for its “genius,” they pay attention to the things that really matter to their community and thus are able to offer the necessary resistance to those whose vision has been clouded by the lust for personal power and profit.

Iowa native John Price recently penned an open letter to the young people of that state, many of whom are eager to settle elsewhere. In that missive he acknowledges that Iowa is probably not the most stimulating place to live, and he understands a youngster’s restlessness. Still, give your home a second look, Price urges. Don’t be so eager to rush off before you’ve considered what you might be leaving behind. “By staying put,” he writes, “the place I once wanted to escape has taught me how to see the world in a new and better way, with a degree of hope I could’ve hardly discovered on my own.” Most of all, Price promises, if you stay, you will never feel alone, for you will be surrounded by a dependable network of family, friends, and, yes, even strangers “who are bound to you by the land we share and by the vow of all committed love: to be there, to try.”

Staying close to home isn’t always an option, and it isn’t always desirable. Those whose livelihoods have been imperiled by the current economic downturn may be faced with the hard choice whether to remain in familiar and supportive surroundings or seek employment in a new environment. But if we are feeling the urge to get up and get out, let’s at least be aware of the tangible and intangible assets we may be leaving behind and the impact our own departure may have on the community’s strength and well-being as a whole.

While circumstances may sometimes make it difficult to stay put in the ways I’ve described, it’s important to understand that by choosing the lifestyle of a perpetually restless boomer, we forfeit the many subtle pleasures that continuity confers and that are part and parcel of the good life.

Adapted with permission from Making the Good Life Last: Four Keys to Sustainable Living, © 2009 by Michael A. Schuler, published by Berrett-Koehler. 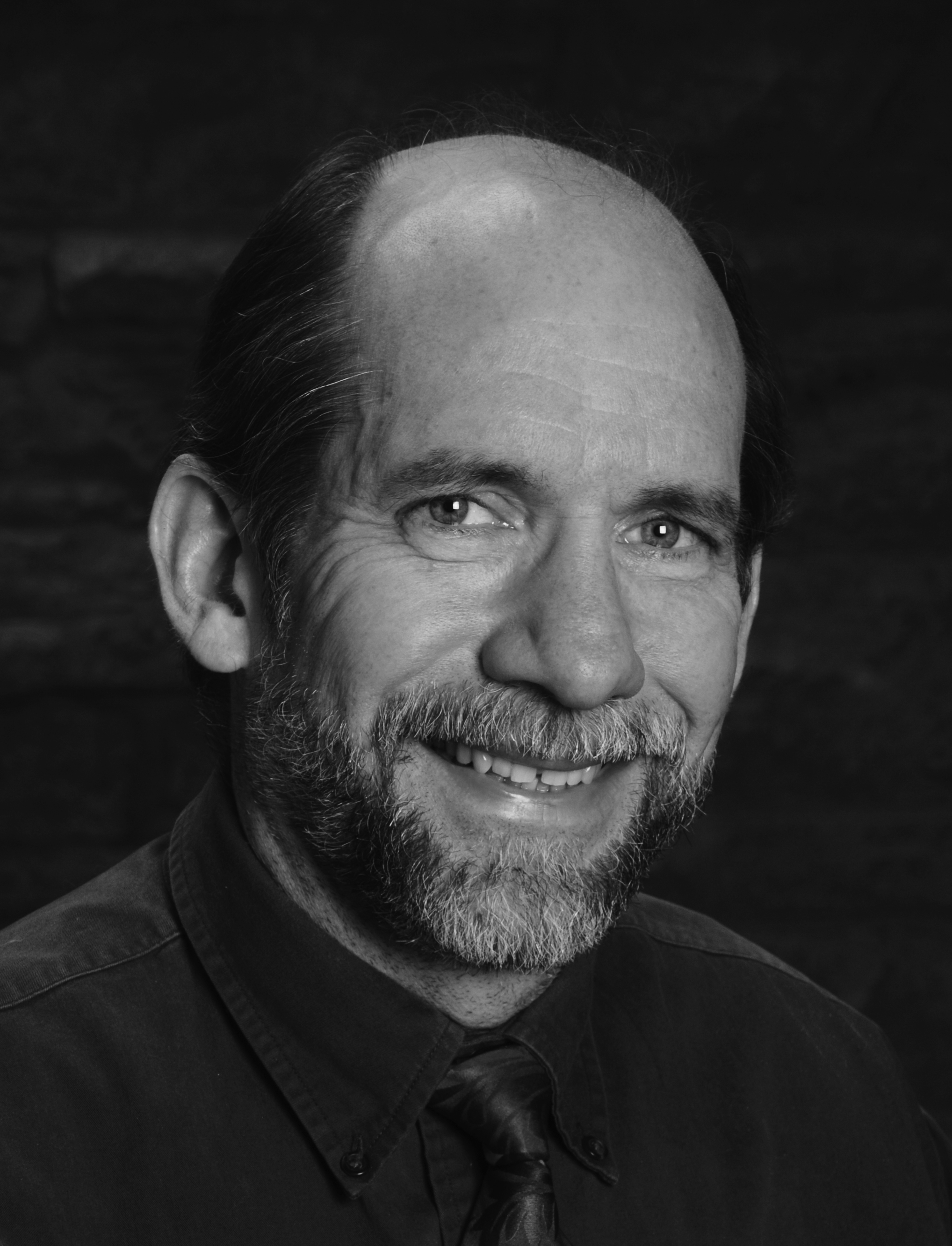 The Rev. Dr. Michael A. Schuler is parish minister of the First Unitarian Society of Madison, Wisconsin, and the author of Making the Good Life Last: Four Keys to Sustainable Living.