Going to prison changed me.

In the summer of 2000, while a student at Starr King School for the Ministry, I served as a chaplain intern at a federal prison. My job was to roam the sprawling compound and listen to the stories of some of the female inmates who called the prison home. During that summer, I heard unspeakably tragic stories. Women told me they were serving ten years, twenty years, even life sentences in prison for minor roles in nonviolent drug crimes.

Something in me shifted. I had read articles about drug conspiracy laws and mandatory minimum sentences before my internship, yet I can’t say that I was overly concerned. Now the issue was personal. Suddenly I sat face to face with women affected by mandatory sentences showing me pictures of their children, weeping and pleading for help.

I felt a strong sense of call to bring these women’s stories to public consciousness. So, I decided to use skills from a prior career in television to make a video documentary about their plight.

To get started, I contacted Families Against Mandatory Minimums, a Washington, D.C.-based organization dedicated to ending mandatory sentencing. FAMM maintains a database of hundreds of prisoners serving lengthy mandatory sentences. FAMM staff recommended three women for my documentary: Jodie Israel who was sentenced to thirteen years for a marijuana conspiracy; Danielle Metz, serving life in prison for essentially spending her abusive husband’s drug money; and Hamedah Hasan. While all three women appear in the documentary, it was Hasan who emerged as the film’s main subject.

Hasan had been in a terribly abusive relationship. Hoping to find a safe haven for herself and her three daughters, she left her home state of Oregon and accepted an invitation to move in with her cousin in Nebraska. Over time, she agreed to wire money for her cousin and occasionally performed other errands for him. When her cousin was arrested for being the mastermind of a crack cocaine operation, Hasan was arrested along with him.

Despite her limited involvement, prosecutors charged Hasan as a conspirator in the crack cocaine operation. They asked her to testify against her cousin. Hasan refused to cooperate with prosecutors and took her case to trial. She was found guilty. Because of the weight of the drugs in the case, Hasan’s sentencing judge was forced by mandatory sentencing guidelines to give Hasan two life sentences, two forty-year sentences, two twenty-year sentences, one five- and one four-year sentence. The judge later called the sentence “the most grotesque perversion of justice that I can think of.”

Hasan’s tragic story is compounded by the fact that she is a loving mother of three daughters. Kasaundra, now 20, is smart and guarded, already the dutiful caretaker protecting her family in her mother’s absence. Middle daughter Ayesha, now a mother herself, seems to carry the emotional weight for the whole family. Hasan’s youngest daughter, Kamyra, was born in prison.

In 2002, in order for the girls to see their mom, I drove them the ten hours from their home in Portland to the San Francisco Bay Area where Hasan was incarcerated. The morning of their visit, all three primped in my bathroom for two hours in anticipation of what would be only the sixth time they had seen their mom in eight years.

It was a jubilant reunion. Visiting hours ended at 3 p.m. on Saturday. At 2:55 p.m. Hasan started to cry. Then the girls started to cry. Hasan gathered the girls in a huddle, the seconds ticking away. “Stay strong,” she said. “I’m doing all I can to get out of here.” The correctional officer broke up the huddle and the girls started their long walk to our van, each carrying a bag containing a crocheted hat, gloves, and a blanket that Hasan had knitted for them. In the back seat of the van in the inland California heat, little Kamyra put on her hat and gloves and wrapped up in her blanket, the closest she would be to the warmth of her mother for many months to come.

I don’t think that members of Congress had this sort of scene in mind when they created sweeping changes to U.S. drug policies in the mid-1980s. In the wake of University of Maryland basketball star Len Bias’s death from a drug overdose in 1986 coincident with crack cocaine’s introduction to urban America, Congress devised harsh mandatory minimum sentences, a one-size-fits-all, quick fix approach to drug policy. In 1988, the mandatory sentences were expanded to include perpetrators of “drug conspiracies.” These laws, which were supposedly designed to target kingpins, have instead been used frequently against low-level and mostly nonviolent offenders like Hasan. Prison populations have soared since mandatory sentences were enacted, yet drugs are even cheaper and more available than they were in the mid-’80s.

While mandatory sentencing may seem to make sense at first glance, Hasan’s case exemplifies how limiting judicial discretion can have tragic consequences. Because of mandatory sentencing guidelines, Judge Kopf was not allowed to consider that Hasan was a victim of domestic violence, or that she had no previous convictions. He couldn’t take into consideration that even before her arrest, Hasan had moved away from her cousin and had enrolled in a Welfare to Work program. He was barred from considering the impact of incarceration on her children. Instead, he, like all other federal judges, was bound by a black-and-white sentencing grid, and was forced to issue her life sentence based solely on the weight of drugs that informants alleged had been trafficked in the case.

Moreover, because Hasan’s case involved crack cocaine, the mandatory penalties were much steeper than if she had been associated with a powder cocaine operation. (The disparate sentencing for crack and powder cocaine is being challenged by numerous agencies including the U.S. Sentencing Commission and the American Bar Association.)

What makes matters even worse is that there is no parole in the federal system. Since going to prison, Hasan has received letters of commendation from correctional officers, wardens, case managers, and chaplains. Her own sentencing judge has been advocating for her release from prison for years. However, without a federal parole system, inmates like Hasan who clearly deserve a second chance to become productive citizens have no recourse. Instead they needlessly languish in prison at a cost of more than $25,000 per year not to mention the resources needed to support their children in their absence.

We Unitarian Universalists have issued a strong statement of conscience calling for the abolition of mandatory minimum prison sentences for the use and distribution of currently illicit drugs. We are in good company. U.S. Supreme Court Justice Anthony Kennedy, the National Council of Churches, the American Bar Association, and editorial boards of leading newspapers including the New York Times and the Boston Globe have all decried the use of mandatory sentencing.

I hope that my documentary, Perversion of Justice, can play some role in raising public awareness of mandatory sentencing. After several years of effort, the film was completed this year. In addition to submitting it to film festivals and public television stations, I’m coordinating screenings in venues across the country, especially in UU congregations. I’ve showed Perversion of Justice in a growing number of congregations from Oregon City, Oregon, to Washington, D.C. I have been heartened that viewers who see Hasan’s story share both my outrage at the current system and a desire to get involved to effect change.

I believe that we, as people of faith, can help correct the injustice perpetuated by mandatory sentencing laws. We can help to correct the unjust laws that created Hasan’s egregious sentence by using our collective muscle to influence needed drug policy reforms. Hasan, her children, and many thousands of others are waiting for justice. 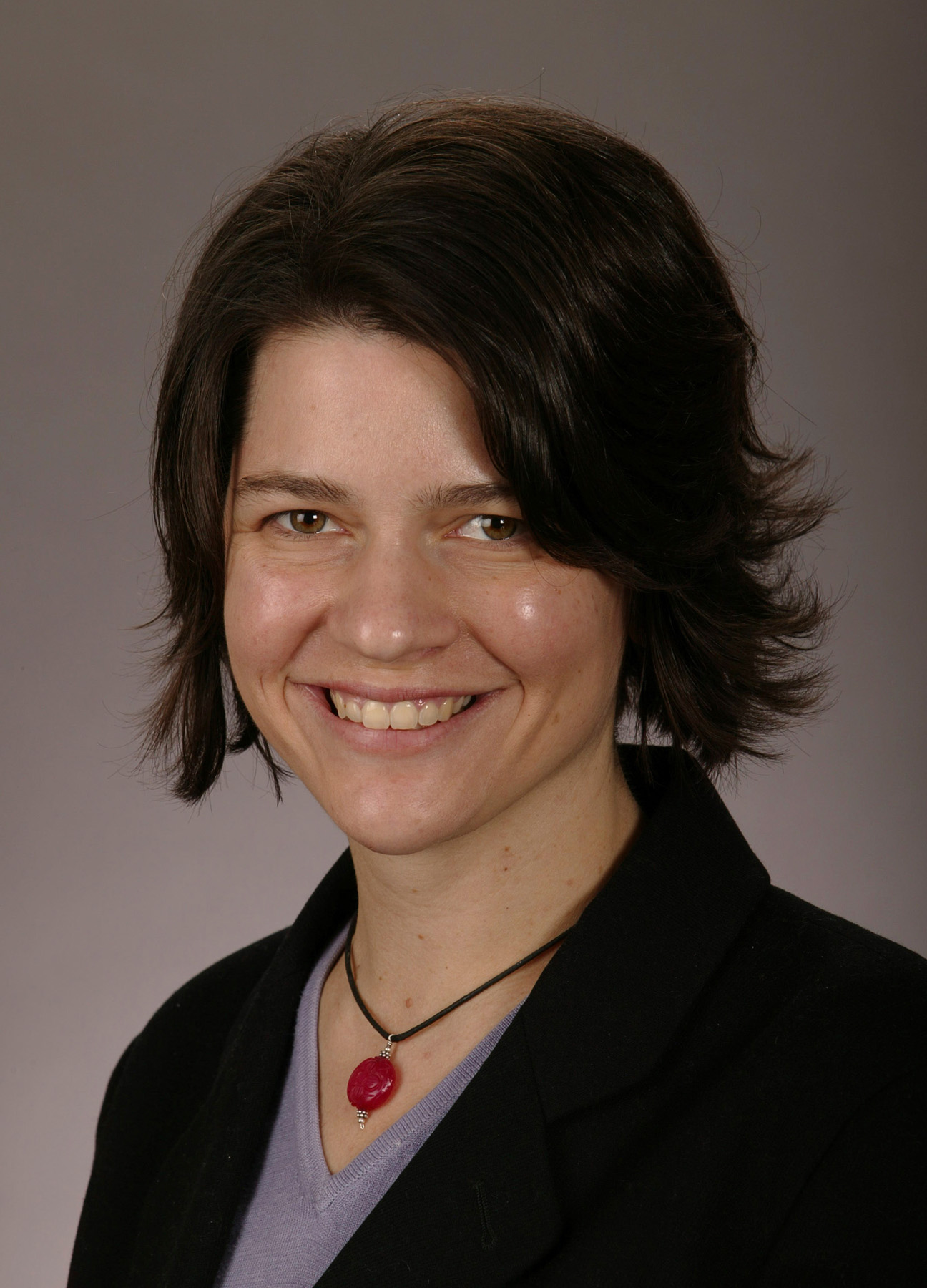 The Rev. Melissa Mummert is a filmmaker and Unitarian Universalist (UU) prison chaplain. Her 2007 documentary film Perversion of Justice explores the plight of women who have been incarcerated under mandatory minimum sentencing laws.