Unitarian Universalists on the Eightfold Path

Rick Heller | 5/21/2007 | Summer 2007
Unitarian Universalists on the Eightfold Path
Unitarian Universalists on the Eightfold Path
Rick Heller
5/21/2007
UU World Magazine Summer 2007 , published by the Unitarian Universalist Association
Feature
Personal Inspiration
One candle burned before a statue of Manjushri, a bodhisattva of wisdom, another in front of a framed portrait of Henry David Thoreau. Two dozen practitioners sat on mats and cushions spread across the floor of the impressive English Gothic Revival sanctuary of the First Unitarian Society in Newton, Massachusetts. A few more sat in pews, facing the images of Thoreau and Manjushri. We read chants, some in transliterated Japanese, from a liturgy book. One member of the sangha rang chimes at designated moments. Another thumped on a wooden drum carved in the shape of a fish. So began the Monday evening meeting of the Henry Thoreau Zen Sangha, the Buddhist community affiliated with the Newton Unitarian Universalist congregation. The sangha’s guiding teacher is the church’s senior minister, the Rev. James Ishmael Ford, a Zen priest and author.

There are more than one hundred local UU Buddhist groups now, according to the Rev. Sam Trumbore, minister of the First Unitarian Universalist Society of Albany, New York, and president of the UU Buddhist Fellowship, a nationwide network. Often called sanghas, a Sanskrit term for the Buddhist community, UU groups practice a number of forms of Buddhist meditation including Zen, the Dzogchen tradition of Tibet, and Insight, which derives from the Theravada tradition of Southeast Asia.

This winter I attended several New England UU sanghas and spoke with UU Buddhists across the continent about their religious practices. They talked about the emergence of a Western Buddhism that provides Unitarian Universalists with a tradition of spiritual practices—and about the appeal of UU congregational life for Western Buddhists. They also talked about Buddhism’s fundamental insight into the problem of suffering.

Peter Williams, who has taught meditation to students affiliated with the Unitarian Universalist Congregation of Glenwood Springs in Western Colorado, said people are drawn to Buddhism because of its emphasis on the relief of suffering. “I don’t think people come to a meditation class because they’re really happy,” he said. “A lot of times someone is dealing with depression or anxiety or divorce or a death of a loved one.”

At the Newton sangha, we chanted a blunt acknowledgment of suffering, the “Five Remembrances”:

I am of the nature to grow old. There is no way to escape growing old.

I am of the nature to have ill health. There is no way to escape having ill health.

I am of the nature to die. There is no way to escape death.

All that is dear to me and everyone I love are of the nature of change. There is no way to escape being separated from them.

My deeds are my closest companions. I am the beneficiary of my deeds. My deeds are the ground on which I stand.

The Rev. Penny Rather, minister of the Unitarian Universalist Fellowship of Laramie, Wyoming, and a graduate of the Buddhist-founded Naropa University, said: “One of the little platitudes that actually feels true is, ‘Pain is inevitable. Suffering is optional.’ Following a Buddhist path does not get rid of pain. It does not get rid of death. But it can alleviate the suffering.”

As Buddhists see it, much suffering comes from the inner dialogue that runs through our minds and how we deal with it. We ruminate over the past. We live in dread of future developments that may never occur. But the only instant we can really affect is the present. Buddhist practices are focused on helping human beings concentrate on the present.

At the Thoreau Sangha in Newton, we followed the chanting with a period of zazen, or “sitting meditation.” For 25 minutes the sanctuary was silent—aside from an occasional passing commuter train and road noise from the nearby Massachusetts Turnpike.

I’d been told to count my breaths and to start over when I reached ten. Concentration on the breath crowds out other thoughts. When a chime rang to end the sitting, my inner voice ran at a lower volume—but my right leg had also fallen asleep from the way I’d been sitting cross-legged.

We were asked to rise for a walking meditation. I stood up, mindful not to keel over as I stretched my leg. As we circled around the sanctuary in slow motion, I concentrated on the feeling of my feet touching the floor. Thoughts arose, among them John Cleese’s “silly walk” routine from Monty Python’s Flying Circus. A snap from wooden clackers signaled us to pick up the pace to a brisk stroll. Sitting still, walking in a circle, breathing: Performing simple tasks without distraction is much harder than one would imagine.

When I visited the Ralph Waldo Emerson Zen Sangha at the First Church in Boston, another UU congregation, I learned more about the challenging simplicity of Buddhism. Josh Bartok, a Zen priest ordained by Ford, leads the Emerson Sangha. “It isn’t a matter of blissing out or being relaxed,” explained Bartok. “It is literally practice, as in you might go to a batting cage to practice your swing. You practice in the easy situations of special time, special place, special cushions, supportive sangha, encouraging teachers.”

Meditation at the Emerson sangha was followed by a teaching session led by Melissa Blacker, a leader of the Worcester Zen Group, which meets at the First Unitarian Church in Worcester, Massachusetts. “Mindfulness is paying attention in the present moment on purpose without judging,” said Blacker, who is on the staff of the University of Massachusetts Medical School’s Center for Mindfulness, which employs Buddhist-derived techniques for stress reduction. “Meditation in the Buddhist tradition is not about stopping the mind or stopping thoughts. It’s about allowing thoughts to be present but not letting them run you.”

Ford sees no conflict between Uni­tarian Universalism and Buddhist practice. “One of the interesting things about Unitarian Universalism,” he said, “is that by our own peculiar evolution from within Jewish and Christian institutions, we have come to be a religion that more resembles East Asian religions than classical Western religions.” [see below for a link to Ford's essay, "What is Unitarian Universalist Buddhism?"] Unitarian Universalism has been open to practices and insights from multiple religions and theological perspectives for a long time now. In Asia, he said, Buddhism is often practiced in conjunction with traditions like Taoism or Shinto.

Among the diverse forms of Buddhism practiced by Unitarian Universalists, Zen—the tradition practiced by the Thoreau and Emerson sanghas—may be the best known, and Tibet’s exiled Dalai Lama the world’s best-known Buddhist, but Vipassana, or Insight Meditation, may be the form of Buddhism most accessible to Unitarian Universalists. Trumbore, the UU Buddhist Fellowship president, thinks so. He practices Insight Meditation and sees it as the form most appealing to humanists.

“It’s low on ritual. It’s low on bells and smells,” Trumbore said. “It’s about sitting. It’s psychologically-oriented, because you’re learning about how the mind works, and there’s not much having to do with God or deities.”

UU Buddhists in general seem to view the supernatural doctrines associated with Buddhism with skepticism. The Thoreau sangha’s weekly sitting concluded with a final chant and prostrations before the altar, but UU Buddhists insist that the practice shouldn’t be confused with idol worship.

“Buddhism functions and operates outside of a concept of God,” said Joel Baehr, secretary of the UU Buddhist Fellowship and leader of a group at the First Parish in Cambridge, Massachusetts. “Buddhists never bow to anything.” Baehr practices the Tibetan form of Buddhism, known for its abundant use of imagery.

John Schick, a member of the sangha at the First Universalist Church of Denver, doesn’t pay much attention to the idea of reincarnation. “When you get into rebirth and how many times you are going to be reborn—I don’t even go there,” he said.

But Schick reinterprets other concepts from a modern perspective.

“You can’t lump karma in with rebirth,” he said. “It is a very secular concept, I believe. It simply says we are the inheritor of our actions.”

Ford calls the Buddhism emerging in the West “liberal Buddhism.” Characterized by gender equality and meditation practice for lay people, the emerging liberal Buddhism fits nicely with humanism, but adds a new dimension.

“A lot about Unitarianism is very dry and arid,” said Ani Liggett, a member of the Unitarian Universalist Fellowship in Lafayette, Colorado. She has been going outside her congregation to add a Buddhist practice. “There is a missing piece for me. It’s the lack of an inner focus. I appreciate the intellectual aspect of UUism but I miss having a practice that gives me a deeper connection with myself.”

If traditional Unitarian Universalism lacks something in terms of emotional support for some congregants, it has its attractions, too. One word comes up often in speaking to UU Buddhists: “community.” Perhaps because they emerged from a monastic tradition, most Western Buddhist groups are not known for being family-oriented.

Laura Howell is a member of North Parish in North Andover, Massachusetts. She and her husband were part of a Buddhist community before they became parents. They joined the UU church after having children.

“We wanted community for ourselves close to home but more so for our children,” she said. “The Buddhist community in this country still isn’t quite there.”

Howell and her husband helped start the Great Pond Sangha, which now meets weekly at her church. Once a month, there is an intergenerational gathering of the sangha. Kids join in a 20-minute session, which includes chanting, a guided meditation, and listening to a wisdom tale. Then they go off for childcare while the adults meditate. Everyone gets back together for a potluck dinner.

Western Buddhism may become more family-oriented as it grows. Trumbore said the number of UU sanghas has more than doubled in the last ten years. The fellowship itself used to meet annually as an activity at the UUA’s General Assembly. UU Buddhists reached a milestone in 2005, when 130 people gathered in Garrison, New York, for the first convocation of the UU Buddhist Fellowship.

Trumbore said, “We looked around at each other and said, ‘We’re real.’”

The fellowship sponsored another gathering this April, focused on “engaged Buddhism.” The term describes undertakings that alleviate suffering in the world at large. This edges UU Buddhists toward a traditional UU concern, but with a twist.

“If you are finding inner peace, and you want to share that inner peace with others—that’s a different approach to social action,” said Trumbore. 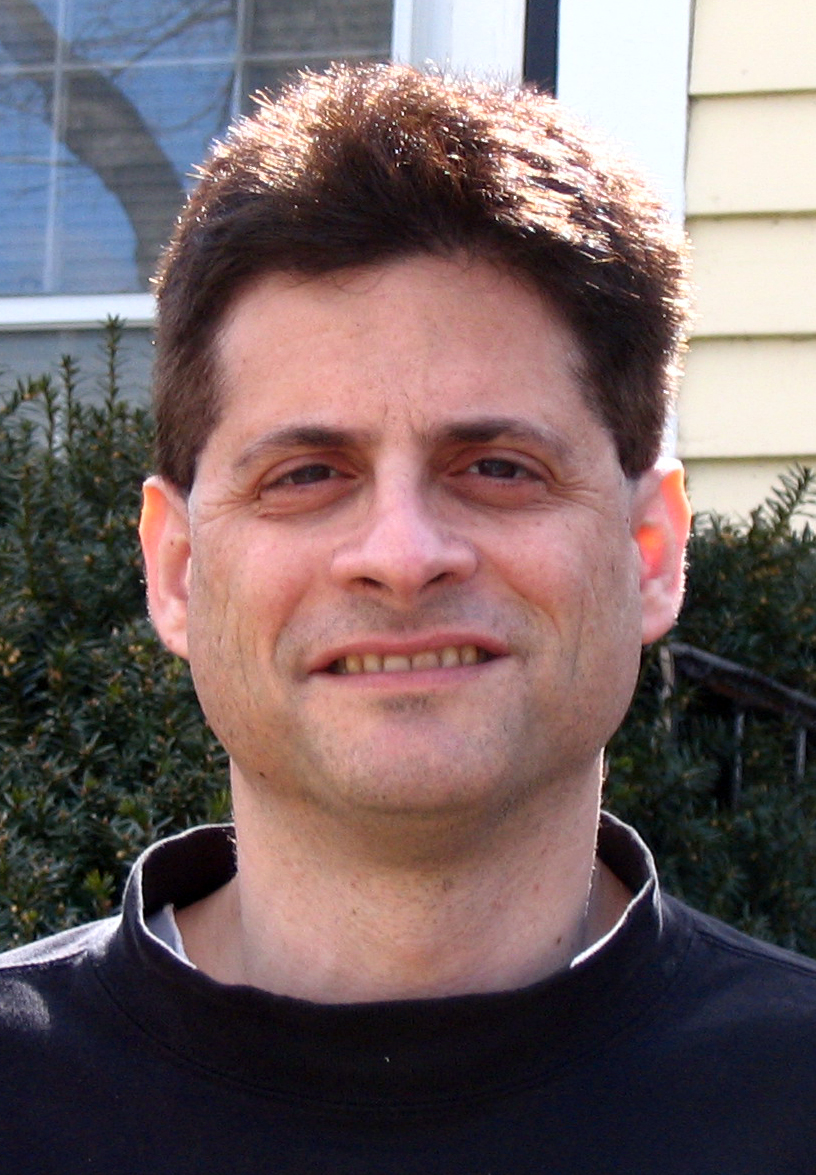 Rick Heller, a graduate student in journalism at Boston University, is a member of the First Parish in Cambridge, Massachusetts.