Up to our necks

As a nation, we are buried up to our necks in a history of violence against people of color.

When I opened my door, I saw dozens of police cars and fire engines with lights and sirens blazing. Stunned, I walked out into my sleepy Minneapolis neighborhood to find clumps of neighbors talking in quiet voices. One of my neighbors, digging a trench to fix a leaky pipe, had been sucked into a sinkhole, and was buried up to his neck in dirt. It took several hours of work before the man was safely excavated and taken out on a gurney—alive, thanks to the hard work of first responders.

So often we thank first responders for the brave work that they do, caring for those who need help. Some of you are first responders, and I thank you now. And yet, if I lived in a different neighborhood, one where primarily black people lived, I might not have walked out sleepily to find out why police were congregated near my house. Rather, I might have chosen to stay inside, fearful not of criminals on the loose but of the police themselves.

In August, a young black man, Michael Brown, was walking with friends, unarmed, in Ferguson, Missouri. Stories diverge wildly between the police and witnesses about what happened next, but what we do know is this: Brown was shot with multiple bullets by a white police officer, and killed. You probably saw some coverage of the police who later arrived in riot gear to disrupt a peaceful memorial vigil for Brown. Tanks, curfews, and tear gas overran the small town, and residents were intimidated and brutalized. Police restricted journalists’ efforts to document the situation. Residents were told they couldn’t be in their own yards.

I have been conditioned from birth to see whiteness as safety—white neighborhoods, white authority figures. My lived experience, my conversations with people of color, and my study of history have shown me over and over that this is a wild and cruel perversion of the truth. But the cultural conditioning is strong. Unless I fight it every day, white superiority seeps into my brain in slow, almost undetectable ways.

As a nation of diverse races striving to be one people, we are buried up to our necks in a history of violence and brutality against people of color. Where do we look for safety, for help, as we try to excavate ourselves from this sinkhole?

For a long time I have been one of the mostly silent, but increasingly alarmed, white folks struggling to discern how to be part of the solution instead of part of the problem. But standing silently, trying to figure things out may be a life-threatening course of action when you and your neighbors are buried up to your neck. So I’m looking on the local level for practical actions I can take. And I refuse to be silent or still anymore.

As we tentatively enter the aftermath of this summer’s events in Ferguson, we are all choosing to whom we will listen, deciding which accounts we will believe. Such times of not knowing can be transformative, when something new has happened, or something old has been seen in a new way, and the official story hasn’t yet been written.

Times of not knowing aren’t my favorite. I like to feel well-informed and smart, and it is unsettling to realize how deep my unknowing goes. Right now a lot of white people are saying, “Let’s just wait for the experts to tell us what really happened.” I recognize the impulse: to find someone impartial and fair, who knows the truth, so that we can know what “really” happened.

Pew Research statistics show that 76 percent of black people don’t expect official investigations into Michael Brown’s killing to be of any help, while most whites think they will help. How do we move forward, in a nation with statistics like that?

For me, it is increasingly clear that what I need to know—consistently, not just when I occasionally think of it—is that I don’t have any idea what it would be like to be anything other than white. This is important because I have sometimes quietly and perhaps unconsciously presumed that I do, pretty much, know what it’s like to be black. Then I hear a story like the one a black colleague recently told me, about her first conscious memory of life on this planet.

She was 3 and was trick-or-treating with her two brothers. One was 5; the other was 14. The 14-year-old was in charge of the younger kids, and he took his younger siblings about eight blocks from where they lived, where the houses were bigger and fancier.

Suddenly police pulled up, grabbed this 14-year-old, handcuffed him, and hauled him away in their car, leaving my friend and her 5-year-old brother alone in a strange neighborhood. She still remembers her shame and fear, because she peed in her pants. Her brother hugged her and they stood there, with no idea how they would get home. Knowing only that something was terribly wrong and that they were suddenly and completely on their own. Eventually a neighbor saw them and took them home. Her father, ordinarily loud and jovial, went quiet with anger when he heard what happened. He went to the police station, returning with her brother a few hours later. It seems a 30-year-old black man had committed a crime and the police had simply arrested the first black male they saw.

My colleague remembers that her father sat her and her siblings down for what would be the first of many discussions about dealing with the police. He told them to treat police the way you’d treat rabid dogs: Don’t look at them, don’t initiate any contact, don’t move towards them or make any sudden movements when they are around. In later years, he would add the advice never to leave the house without your school or state ID, but also never to reach for it.

I’ve been sitting with that story. Because my colleague is joyful and generous, because she lives with a giant heart and spirit, I tend to presume that she and I more or less inhabit the same planet. But when I heard just this tiniest formational sliver of her story, I realized that I didn’t have the faintest idea how she professed and lived her theology of love for people of all races.

Knowing that we don’t know can motivate us to learn. Here in Minneapolis, longtime activists against police brutality—primarily people of color—say they are heartened by the large numbers of white people who are suddenly coming to meetings and demonstrations. Maybe in our time of not-knowing, we who are white can try to support the leadership of people of color, the experts in this movement. Maybe we can try to take a few steps forward together. I don’t know what will happen, but I’m willing and ready to enter a new day. 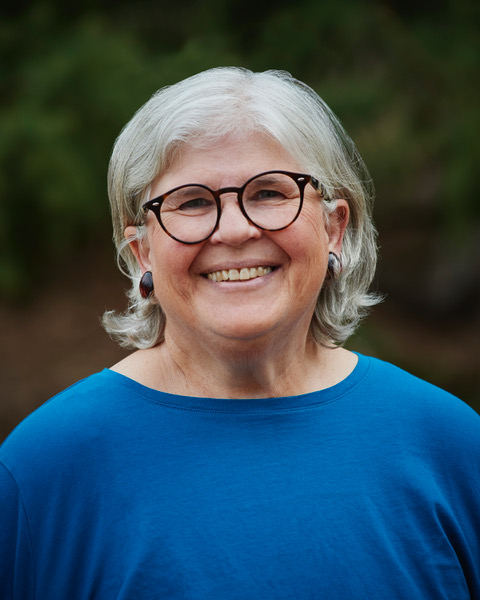 The Rev. Meg Riley is senior minister of the Church of the Larger Fellowship.