Wartime origins of the flaming chalice

The flaming chalice, ubiquitous among Unitarian Universalist churches, was first used by the Unitarian Service Committee.

But the unique combination of these items—fire and a drinking vessel—is the invention of the artist Hans Deutsch in 1941. Commissioned during World War II as the symbol of the Unitarian Service Committee (USC), the flaming chalice first appeared as a symbol for the UUA 35 years later on the title page of the 1976-77 UUA Directory. The ritual lighting of the chalice in a worship service became widespread only in the last 20 years. Like so much about our faith, the flaming chalice combines ancient elements in relatively new ways.

The Rev. Dr. Charles Rhind Joy, commissioner for Europe of the newly founded Unitarian Service Committee, was instrumental in the flaming chalice's creation. Known in the medical and relief communities for his translations of the works of Dr. Albert Schweitzer, in the Christian community as author of Harper's Topical Concordance, and among Unitarians as a former administrative vice president of the American Unitarian Association, Joy was a natural choice in 1940 to direct the Lisbon, Portugal, office of the USC. Lisbon, the only open port in Europe in the early 1940s, was the preferred destination for millions of refugees. The USC took special interest in helping artists, intellectuals, and dissidents escape the Nazis. And so while Joy worked with people from all walks of life, his clientele included many famous authors, scientists, and politicians.

Many of the refugees fled without the identification papers they needed to cross borders, so the Lisbon office concentrated especially on helping them obtain replacement papers. Joy introduced an innovation: travel documents issued by the USC itself. "It may amuse you a bit," he wrote to the Boston office of the USC, "to know that we are now issuing navicerts to pass emigrants to the new world through the British blockade. We are certifying that they are politically safe and sound."

Joy believed these documents needed a seal. He asked Hans Deutsch, an Austrian refugee artist working in Lisbon, to create one. The result was essentially the flaming chalice as we know it now.

What did the flaming chalice mean to its creator? We have only Joy's report to Boston, January 31, 1941:

It represents, as you see, a chalice with a flame, the kind of chalice which the Greeks and Romans put on their altars. The holy oil burning in it is a symbol of helpfulness and sacrifice. In ancient and medieval art this chalice is frequently found, and the design itself, modernized and stylized, though it is, reminds one of the signs seen on the old monastic manuscripts. This was in the mind of the artist. The fact, however, that it remotely suggests a cross was not in his mind, but to me this also has its merit. We do not limit our work to Christians. Indeed, at the present moment, our work is nine-tenths for the Jews, yet we do stem from the Christian tradition, and the cross does symbolize Christianity and its central theme of sacrificial love." 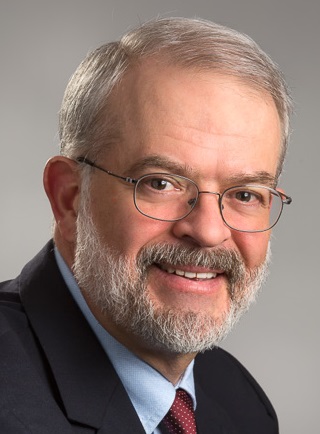 The Rev. Dan Hotchkiss, a Unitarian Universalist minister and long-time senior consultant for the Alban Institute, now consults independently with congregations on strategic planning and board governance. He is the author of Governance and Ministry: Rethinking Board Leadership and the UUA pamphlet, "The Flaming Chalice."