Working together to create common security

Common Security Clubs can help us share each other's burdens in a time of economic crisis.

Chuck Collins | 2/23/2009 | Spring 2009
Working together to create common security
Working together to create common security
Chuck Collins
2/23/2009
UU World Magazine Spring 2009 , published by the Unitarian Universalist Association
Forum
Social Justice
For fifteen years, since I co-founded United for a Fair Economy, I’ve been tracking the growing inequalities of income and wealth in the United States. Along with others, I have argued that you can’t have a healthy economy if most people’s wages are flat and their consumption is based on overwork and debt. Nor is it a good idea to change the rules of the economy to pump up assets and funnel wealth to the superrich. This leads to a bubble economy, as wealthy investors speculate with their surplus wealth and turn the market into a casino.

There is fury that ordinary taxpayers have to pay to clean up from the results of speculative greed on Wall Street. Everyone asks: How bad is the economic crisis? Will it get better soon?

My view is we are at the beginning of the great unwinding, not the middle or the end. This was a human-created disaster, and it could have been averted. In the midst of this economic crisis, what might we do together to increase economic security in our community and planet?

I recently had coffee with a single friend who rents an apartment in my neighborhood. She was worried her job would be cut.

I said, offhandedly, “You can come live with us.”

“Of course. You will always have a place to live.”

She began to sob.

Then a thought crossed my mind, “as long as we have our house.”

How quickly we go to our most vulnerable place.

In the coming year, I believe the financial crisis will worsen and personal economic security will further erode for millions of us. This economic crisis is not “out there.” It is real and present in our daily lives.

Many people will face these challenges in isolation. Even those connected to religious congregations, unions, or civic groups may be embarrassed or ashamed to reach out for help.

Drake Bennett, in his article “Depression 2009: What would it look like?” serves up a bleak image of neighborhoods hollowed out: empty houses aside houses overcrowded with people. The blue flicker of television sets in dark houses.

Today’s economic downturn, Bennett says, wouldn’t be characterized so much by soup kitchens as isolation. “In precarious times,” he writes, “hunkering down can become not simply a defense mechanism, but a worldview.”

But I think Bennett’s article misses the potential silver lining of this time—the potential for community building, meals at home, growing and sharing food, slowing down.

The election of a new U.S. president is good news. I’m heartened that President Obama is proposing bold economic stimulus and public works programs. We need a “Green New Deal” to make massive investments in infrastructure, retrofitting our leaky old buildings and homes, generating millions of jobs anchored in our communities.

But we cannot wait for the president or any leader. The changes we need to make are substantial. We need to prepare ourselves for them.

I’m excited by the movement of “Common Security Clubs” that are forming around the country. A common security club is a place where people come together to look at our real security in the face of the economic crisis. It is part study group, part self-help and mutual aid group, and part political action group. In these clubs, we learn about how we got into this mess and what we can do together to increase our economic security. (Learn more at commonsecurityclub.org.)

Our “mutual aid” muscles may be out of shape. Our ability to exchange gifts and practice neighborly generosity may have atrophied a bit in the last generation. It is important to start simple, with the small weights. Some clubs have started bulk food–buying groups, made pacts to get out of debt, organized parties to weatherize each other’s houses. My church community already has many of these practices. We cook and care for one another when someone is sick. One Sunday, twenty of us raked leaves for twenty minutes and filled twenty bags. It is a living example of many hands make light work.

Some things we can’t easily do for each other. We can’t be a bank or a senior apartment building or food stamps or Social Security. That’s where the organizing for bigger changes comes in. We need to organize and press our elected officials to ensure the economy works for everyone.

Obama has the potential to be a transformative leader. But that is because he knows it is not about him, but about us. What makes him transformative is what he may call forth in us, what muscles he will test, what sacrifices he will request. His success rests on how effectively he calls us toward covenantal life.

Here’s the good news: We are waiting to be called.

We’ve been waiting for a while. After 9/11 we were waiting to sacrifice for the greater good. Instead we were told to go shopping.

The vast majority of people in this country are hungry for a higher purpose.

We know we can’t borrow any more from the future. We know there is work to be done.

We know that we and our neighbors are in need.We know we are tired and anxious and need to witness the sign of a higher power, of community uplift. When we see others stepping up, this will help us overcome our fatigue.

But we can’t wait. We must begin the journey now, call it forth from one another. How do we get there? One starting point is to unpack the values and messages of our culture that keep us apart. One dominant message is: You are on your own. Retirement, health care? Figure it out yourself. We are told we need to be economically self-sufficient.

We are told: Some people will be left behind. The images of Hurricane Katrina reinforced this. We are told we may be left behind because we are old, brown, black, disabled, or poor. These messages keep us apart. They block the possibilities for covenantal existence.

Another step is grappling with the reality that everything must change. We are not going back to some Golden Age of 2006 or 1986 or 1956. Our planet, our landfills, and our basements cannot sustain past levels of consumption. The premise that 5 percent of the world’s population can consume 30 to 40 percent of the world’s resources is not sustainable. Growth has to be redefined.

Together, we must face these realities. Our economy will be very different. We can go two ways: We can retreat into fear, isolation, and scapegoating. Or, we can move toward shared abundance, strengthening what we hold together, collective action. As a society, we possess amazing wealth and resources. Together we hold vast commonwealth, but this wealth is grossly maldistributed.

What kind of economy and society will we become? If we do this right, our lives will be better. Our families and communities will be stronger. We will live in greater harmony with the earth.

Remember my friend? She told me later that she burst into tears that day because she “felt held”—not physically, but emotionally, by her friends. In our most anxious moments we must hold one another, remind one another of what we have together.

We need to find those who are being left behind and hold them. We must build a solidarity economy that leaves no one behind. We should banish the myth of the autonomous individual and embrace the full reality of our covenantal existence: We are not alone. And we are nothing without each other.

Let us hold one another and move from autonomy and isolation to community and covenantal existence, from anxiety to divine abundance, from an economy of greed to one of neighborly generosity.

Adapted from a sermon delivered December 7, 2008, at the First Church Unitarian Universalist in Jamaica Plain, Massachusetts. 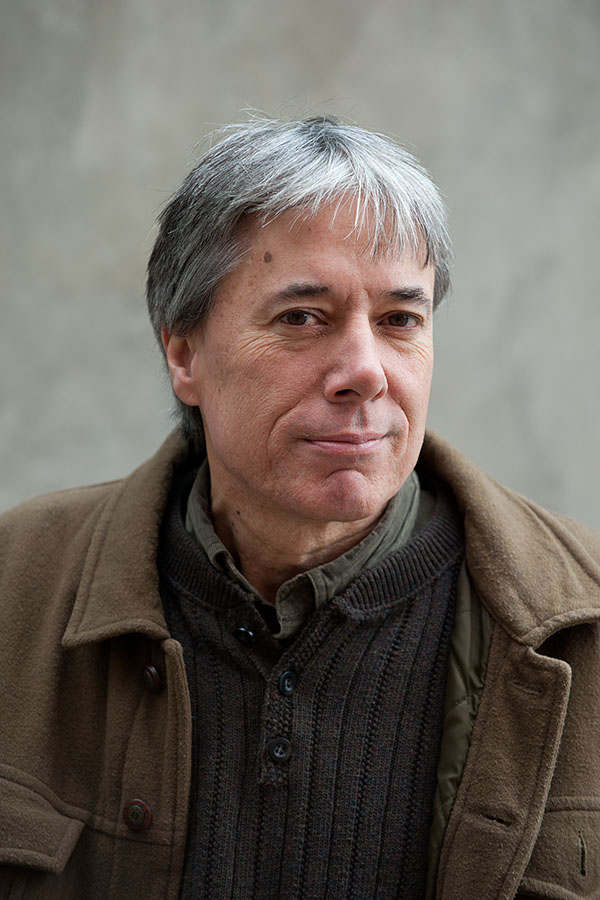 Chuck Collins directs the Program on Inequality and the Common Good at the Institute for Policy. He co-founded both United for a Fair Economy and Responsible Wealth. He is the author of Born on Third Base (2016) and is the co-author of several books, including Economic Apartheid in America (2005), The Moral Measure of the Economy (2007), and a comic book called the Economic Meltdown Funnies (2009). Collins is a member of First Church in Jamaica Plain, Massachusetts.

Why immigration is a moral issue

Why immigration is a moral issue

Religion and science can be partners

Religion and science can be partners

Both science and religion have something meaningful to contribute to a universal ethic.