Our congregations are recognized leaders in comprehensive sex ed, grounded in UU values.

Sarah Gibb Millspaugh 1/2/2012 Winter 2011
Forty years of UU sexuality education
Forty years of UU sexuality education
Sarah Gibb Millspaugh
1/2/2012
UU World Magazine Winter 2011 , published by the Unitarian Universalist Association
Looking back
UU Identity, Families & Faith Development
"What would YOU want in a course on Human Sexuality, if you were going to design one for your own children (or church school)?” asked the December 1971 Unitarian Universalist World newspaper. “Why teach such a course in church, anyway?” “And what do you hope to achieve?”

Forty years ago, these questions introduced Unitarian Universalists to a pioneering new sexuality education course for youth, About Your Sexuality (AYS). Now, with a four-decade tradition of honest, comprehensive, health-promoting talk about sexuality—and eleven years of offering specialized curricula for all ages called Our Whole Lives (OWL)—Unitarian Universalist congregations are recognized as leaders in sexuality education.

Paired, “sex education” and “church” still sound strange to some ears, but it needn’t be so. Religious leaders have guided young and old alike in sexual morality for millennia. Our Unitarian and Universalist forebears tended to affirm new understandings in science and psychology, leading us to think progressively on sexual matters. After a comprehensive study, the 1929 General Convention of the Universalist Church in America passed a resolution in favor of family planning. The American Unitarian Association stood in favor of “the planning of parenthood” at their annual meeting in 1947. The Kinsey report entitled Sexual Behavior in the Human Male took the United States by storm one year later, demonstrating that many “deviant” sexual behaviors and identities were widespread. Unitarians and Universalists took note. In the 1950s and ’60s, some UU congregations invited health care providers to lead sex education courses for young people—the congregation I now serve in Winchester, Massachusetts, was among them.

In the mid-1960s the sexual revolution swept into Unitarian Universalism, raising significant ethical questions. Sparked less by activists than by capitalists like Playboy’s Hugh Hefner and Cosmopolitan’s Helen Gurley Brown, increasing numbers of young people began to openly shun the “no sex before marriage” rule. UU ministers challenged Hefner in sermons and open letters, praising his emphasis on the goodness of sexuality, but decrying the dehumanizing ways in which he portrayed it. The UU theologian James Luther Adams argued in a 1967 Playboy article, “I prefer to appeal to what I believe is an authentic conception of love, an abiding affection that carries with it responsibility and respect for the other person in the context of a community. . . . Out of this complex of values emerge guidelines, not neatly formulated rules.” Theologians, philosophers, and average UUs wrestled with the implications of such new guidelines—a “New Morality,” one based in “situation ethics,” where the right or wrong of a sexual act could not be determined by the type of act alone. Love mattered. Emotions mattered. Individuals’ values and beliefs mattered.

This context left UU parents at a loss as to how to educate their children about sex. Parents turned to religious educators asking for help. In 1967 the UU Liberal Religious Educators Association devoted its Fall Conference to human sexuality, hoping to equip RE professionals to respond. The demand increased for resources that would help young people make well-informed, emotionally sensitive, safer decisions about their sexual lives: a curriculum that could impact them positively in a quickly changing social environment.

The curriculum team at the Unitarian Universalist Association had been hard at work throughout the late 1960s developing multimedia curricula that could awaken young people’s morality and critical thinking in new and creative ways. Boxed kits employed filmstrips, records, field trips, art projects, role-plays, and more. About Your Sexuality followed in this tradition. What became its most controversial component—its photographic filmstrips depicting anatomy and sexual behaviors—were included because all curricula of that era were multimedia. More importantly, the filmstrips responded to young people’s curiosity about sex with honest discussions and depictions. But some found the filmstrips far too explicit. The National Observer described AYS upon its launch as “the most comprehensive, explicit, and possibly controversial set of materials ever assembled for use in a classroom.” The predicted controversy soon ensued, including an obscenity court case in Brookfield, Wisconsin, and public criticism from Lenore Romney, wife of a Nixon cabinet member (and mother of 2012 presidential candidate Mitt Romney).

These public conflicts only served to increase the UU commitment to sexuality education. And as Women’s Liberation and Gay Liberation came to the forefront, we responded. In 1973 the UUA released a new unit of AYS, called “Homosexual Life Styles.” The 1980s saw revisions and adaptations, including supplements on HIV/aids, date rape, reproductive rights, and sexual abuse.

By the 1990s, facilitators of AYS were working hard to make the curriculum relevant to youth. When I took the program as a teenager in the 1980s, we giggled at the bell-bottoms and 1970s haircuts shown in the filmstrips; by the 1990s, it was not only the styles but also American culture’s sexual attitudes that had experienced a sea change. Unitarian Universalists had lost some of the innocence and optimism we’d had in the late 1960s. While we celebrated strides made in birth control, LGBT rights, women’s rights, safer sex, and assault prevention, we’d also seen the hurt wrought by the sexual revolution’s commercialism and dehumanizing sexualization. Further, cultural backlash was in full force, with the religious right organizing to take away LGBT rights and to install abstinence-only programs in the public schools. In this conflicted culture, we knew we needed to offer young people more guidance in bringing together values, faith, and sexuality.

It was at an ecumenical gathering of the National Council of Churches’ Committee on Family Ministries and Human Sexuality that the idea for Our Whole Lives was born. The United Church of Christ (UCC) had a sexuality education program for adults, but not for youth, and the UUA knew that AYS was no longer adequate. With shared progressive values on human sexuality, the UUA and UCC decided to join forces. From 1992 to 2000, the two denominations worked together to create not just one but five sexuality education curricula, each with Sexuality and Our Faith materials for use in Christian or UU faith settings. (I was the outreach coordinator for the curricula during their development.) Our Whole Lives launched with resources for Grades k–1, Grades 4–6, Grades 7–9, Grades 10–12, and adults, as well as a public advocacy manual and a guide for parents of young children. In 2008, OWL for Young Adults followed—a program that would be more relevant to college students and people under 35.

Our Whole Lives has received very positive attention from participants, parents, and the press. When coupled with supplemental materials, OWL is more explicitly religious than AYS, grounding sexuality education in the values and rituals of our tradition, and offering an optional audiovisual component. When used without faith materials, Our Whole Lives is one of the most acclaimed comprehensive sexuality education curricula used by schools, teen pregnancy prevention programs, and sexual health organizations today.

In a world of increasing polarization around sexual mores, increased social connectivity, and technological advancement, it’s time for OWL to be revised to reflect new ways of thinking and educating about sexuality. The UUA and UCC have started with revision of the cornerstone Grades 7–9 curriculum.

Conservative estimates suggest that forty years of UUA sexuality education leadership have directly impacted 200,000 people. We have trained more than 7,000 facilitators for Our Whole Lives alone. Children, youth, and adults have gained knowledge, interpersonal skills, and values that help them live healthier lives and treat others with respect. We celebrate this vital, transformational ministry as we embark on our fifth decade of joining “sex education” and “church” to positively impact the whole person. Here’s to four more decades of keeping body and soul together!

See below for related links. 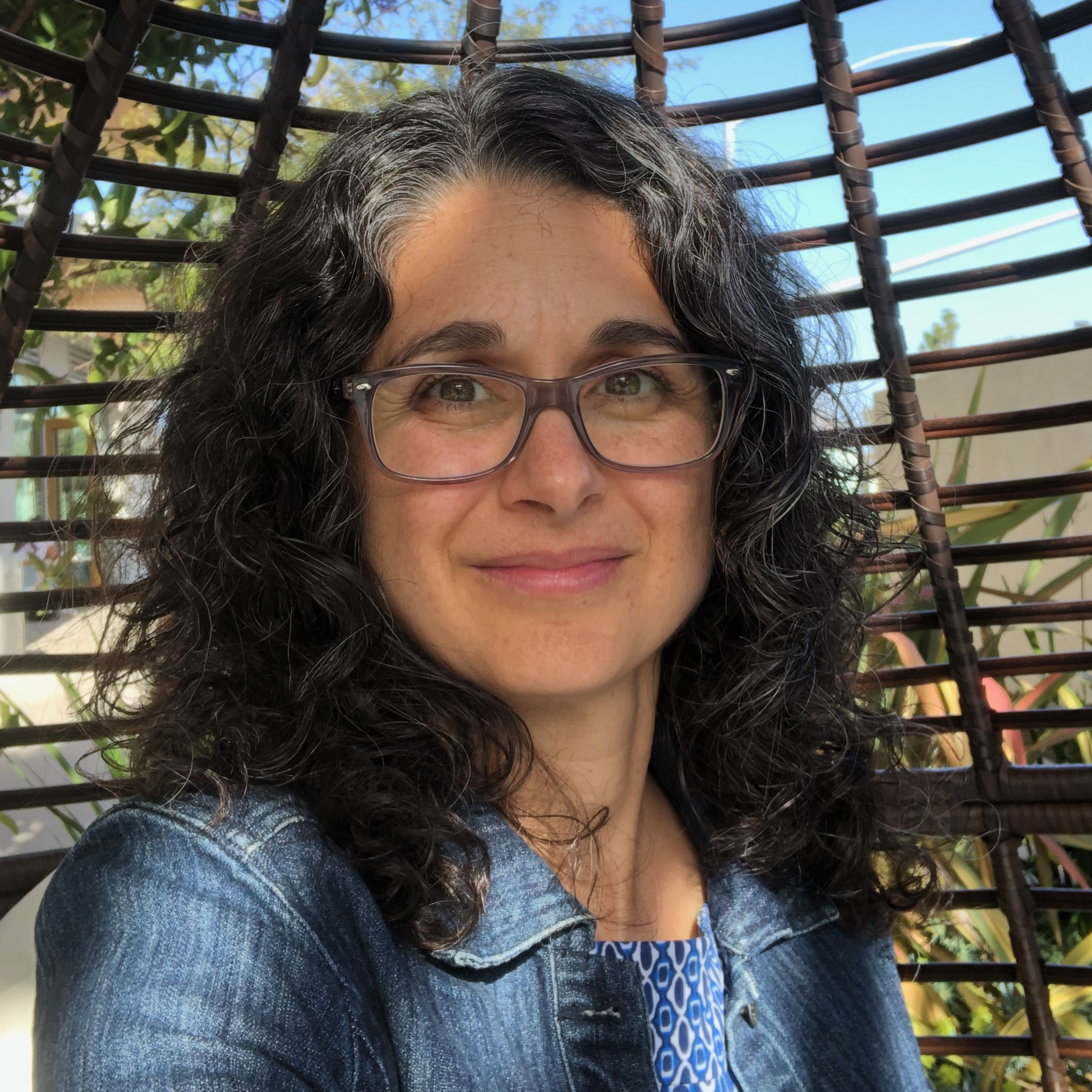