After a dying dad

‘Old life recomposes into new life, and we are not separate from this grand, inclusive, regenerative scheme.’

I spent some months earlier this year tending to my father, Jacob, on home hospice. He was 97 years old and plummeting from heart disease when I and the hospice team took over last February, and it was anyone’s guess how long he would last. No one, including the patient, expected him to see the spring.

True to form, my rather self-focused father requested a memorial service before he died, so I put one together in early March, attended by about forty friends and relatives, including his grandson Kyle, my deceased sister’s youngest son. In the crowded great room of Dad’s home, my spouse Barbara gently opened and closed the event, and I delivered what would have been called a eulogy, except that its subject was sitting nearby, happily raising his hand a few times to correct me on some details. So I called it a “Life Summary on the occasion of his Farewell Celebration.”

Dad was thoroughly in his element; laughter and affection flowed. We thought we were saying good-bye to him. But he stabilized a bit and March then led us into April.

The days went on into May and June until Dad got really worn out by the loss of functioning and decided to stop eating. I suspect he held on as long as he did to be able to mark the arrival of a great-grandchild, who was due on Father’s Day, June 19, to that same grandson Kyle and his spouse, Mary, in Virginia. Dad had thoroughly defied the odds to make it that far and stopped eating the day before Father’s Day, but Mary’s family had a track record of late deliveries, so we weren’t at all sure he would hold on to see the newest addition.

I was able to spend his last Father’s Day with him. Then Monday and Tuesday go by—no baby. Dad weakened further, but Wednesday afternoon we got the word: a boy!

Dad was exultant at the news. I arranged for the new parents in Virginia to interact with us in California that very evening, bless their tired hearts, via an internet teleconference. I had my dad hold the laptop computer showing the three of them in the hospital room, but with the screen facing me with his head just above it. I snapped a photo to be able to let the little fella know, years from now, that he and his great-grandfather were indeed both alive on the planet together.

I’ve been mulling over this experience all along the way, and ever since, but it’s still a challenge for me to be articulate about it.

In 1977, my mother, Jean, died of cancer at age 56. I was a young adult living in Denver, and I returned to New Jersey for the last, very sad weeks of her life. More recently, my younger brother, Jay, and then my younger sister, Judy, each died tragically, both also from cancer. My father’s death leaves me the last one standing from our family of six. (Another sister died of Sudden Infant Death Syndrome before I was two years old.)

When one doesn’t have children, one’s family of origin takes on a larger significance, I suppose. And somebody had to be the last one standing out of the six of us, so here I am.

It was sad to watch him decline, for sure, but it was also powerful to be in service to him and seal our bond of love forever.

One of the most salient aspects of this experience has been the powerful resonance it has created in others. My story continues to trigger numerous descriptions of similar engagements by people who run the gamut from gracious identification to regretful pain. I acknowledge wholeheartedly that my last journey with my dad was both common and uncommon.

Common, I realize, because so many of us have to care, in one way or another, for our elders as they decline; we do the best we can, often under trying circumstances. Uncommon in that I, as a man, was able to become the 24/7 caregiver for my father, which evidently—at least in the experience of the hospice nurses (all women)—is pretty darn rare. They don’t see many men in such a role.

How many men get to spend that much time with their father, at any age? He and I were not particularly close when I was young, for a number of reasons, but we never became alienated either. So when, in my late 30s, I was influenced by the so-called men’s movement, much of which was focused on “father issues,” I tried very intentionally to reconnect with him.

I went way out of my way to deepen our relationship, and that work paid off in the years since, as I was able to ride with him through this last chapter of his life and even live cheek-by-jowl with him without overreacting to his foibles. It was sad to watch him decline, for sure, but it was also powerful to be in service to him and seal our bond of love forever.

Neither he nor I needed any drama about it. Our steady mantra was: “It is what it is.” So we just let the days unfold easily, often quietly, with much routine and little elaboration. We knew what was happening, where things were going, and we didn’t dwell on it, but eagerly savored the delightfully shared, usually simple moments, like watching baseball together or observing the sky dance just after sunset over the coastal mountains to the west. He was largely unaware of how much else I had to do all around him, but he also didn’t interfere and trusted me to take over all his affairs.

My dad was a longtime confirmed atheist, so there was little speculation about the great beyond, and some rather harsh words for the evangelical hospital doctor who tried to convert him in January. But he was also something of an uncarved block, a theological innocent who was not bitter or overly skeptical.

So when he dreamed, which wasn’t all that often, he didn’t censor himself and he felt them quite fully, even as real-time experiences, which he didn’t fret about or try to explain or explain away. I took eager note of a stretch when he would greet me some mornings with wide-eyed inquiry, such as: “Who was that woman who was just here in my room?” I assured him that no one else could have possibly been there, but he said she came in and stood right where I was, in a brown coat, large as life, probably another caregiver, he suspected. She said just one word—“Oops”—then turned and left.

Hmmm. “Oops,” said the apparition. This suggested, to me at least, that maybe it wasn’t quite his time yet. A few mornings later he described what he called “the damnedest thing”: he had found himself at a desk with a large and heavy book open, trying to read it but frustrated. It was in English, he said, but otherwise incomprehensible, with tiny printed words.

One might think he was trying to make inner sense of his unfamiliar condition on a rather ultimate journey, feeling the weight of time bearing down on him. Who knows, but it was a gift to be present enough to let him speak of his dreams to me.

This experience of being with my father as he faded from view helped me to remember how much death is a part of life. As the hymn suggests, we “sing of living, sing of dying, let them both be joined in one, parts of an eternal process like the ever-circling sun.” Our Seventh Principle declares “respect for the interdependent web of all existence of which we are a part.” Death highlights that truth.

I love to walk in the forest, and everywhere in the forest there is death—decaying plants and small critters, fallen trees, and perhaps especially stumps that are all that remain of trees cut down in their prime. Yet there is also new life emerging from the midst. One season’s foliage becomes mulch to sponsor the next round of growth. Fallen trees become rich nurse logs and stumps host sprouts of new bushes and saplings.

Old life recomposes into new life, and we are not separate from this grand, inclusive, regenerative scheme. A great-grandchild shares the stage with a dying dad.

I miss my father, as I miss the rest of my family of origin, not to mention many others who have died before me. And I rest humbly in the reassurance of eternal regeneration as a guiding, universal motif, knowing well my own place in the cycle.

It is what it is.

This essay is adapted from a sermon preached August 28, 2016, at Cedars UU Church on Bainbridge Island, Washington. 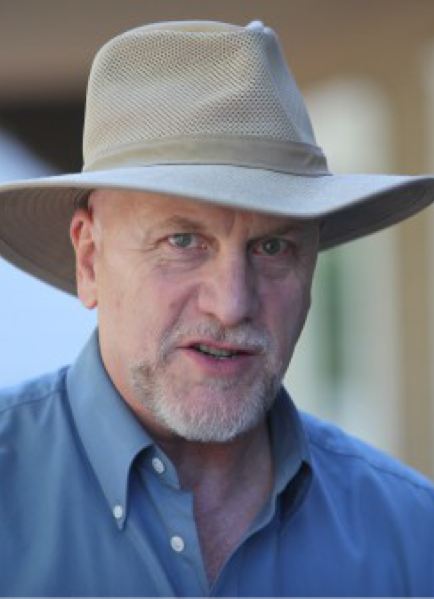 The Rev. Jaco ten Hove is a “home-bred” UU, retiring in 2017 after thirty years of ministry, mostly with spouse and co-minister the Rev. Dr. Barbara Wells ten Hove. They’ve been serving Cedars UU Church on Bainbridge Island, Washington, since 2008.