Arguments in the margins

It was precisely my emergent humanist belief that equipped me to face what seemed a death sentence.

Scanning the books of Papa’s library, I couldn’t help but notice the copious margin notes in his prized book collections: the complete works of Shakespeare, American and English writers and poets, Latin and Greek texts, and more than a few copies of the King James Version of the Bible.

These scribbles often noted his suggestions for rewording for clarity, or references to related texts and sources, and not infrequently disagreement with what the authors had to say. Many reflected his wry humor. As a bookworm in the public and school libraries, I knew better than to mark any book in any way. So it was shocking to an 8-year-old to notice these penciled notes in the fine books I knew my grandfather cherished.

Papa lived in North Carolina and his eldest daughter, my mother, lived in Virginia. She was a single mother of five, and Mother would take me on the Greyhound bus with some frequency to see Mama and Papa and some of her eleven brothers and sisters when she hit a bad patch. My siblings were much older and seldom made those trips. It was during those visits in my early years that I began to explore Papa’s library.

Papa was pleased with my curiosity and took an interest in my theological education. Over time, I came to realize that although he identified as a Social Gospel Methodist and was an enthusiastic advocate for the social justice element of that movement, he was highly critical of the Gospel element as he saw it preached and practiced in the Jim Crow South.

He was a member of a large Methodist congregation and received the minister’s visits with enthusiasm. They spoke regularly and with great intensity, with Papa challenging the theological justifications of church-supported segregation and other errors of theology he observed. He was highly critical of the absence of any prophetic voice by white clergy on the immorality of this social construct. These conversations, debates really, were most informative for a child with an inquisitive mind who was always eavesdropping. They always left me with questions that my Methodist catechism teacher was unable to answer: Why would a benevolent God condemn people to hell? Why would a loving God not allow certain types of people into heaven? How could you reasonably explain three gods in one? It just didn’t make sense to me.

And those notes in the margins, they always intrigued me! On every visit, I would find an excuse to browse Papa’s library to look for and try to understand his margin notes. They provided great insight to his self-education in Latin and Greek with particular emphasis on translations of the Gospels in the Christian Bible.

On one of those visits, I was browsing an old, worn, zippered Bible when my eyes stopped at a bold inscription in the margin of one of the Gospels: “Bull Shit!” I laughed loudly, which alerted Papa to my snooping. It launched a long conversation between a curious kid and a delighted-to-influence grandfather. He explained the importance of reason as I matured and developed my own understanding of God and the Universe. He told me about the Jefferson Bible, the document that Thomas Jefferson created to clarify Jesus’s teachings to provide “the most sublime and benevolent code of morals which has ever been offered to man.” Jefferson omitted anything that was “contrary to reason,” deleting anything that could not be supported or verified. Papa introduced me to Jefferson’s deism and the notion of a benign “watchmaker” divinity.

Over the course of that visit, he valued my doubts and welcomed my questions. Months later, my mother and I moved to North Carolina to live with my grandparents. That move initiated a two-year tutelage by my grandfather in the application of reason to all things curious to me. That experience set the stage for my early embrace of Universalism and later Unitarianism in belief if not in membership. I remained active in liberal Protestantism as I grew older, married, and started a family, all the while a cultural Christian moving toward a belief I would ultimately identify as religious humanism.

I tolerated the increasing discomfort of the theology of liberal Protestant communities as I moved the family around the United States. Living and working in Asia increased my multicultural interactions among people with different theological and philosophical worldviews. After living all over the United States and Asia, I moved to a small town in coastal South Carolina and was finally introduced to Unitarian Universalism—by a Presbyterian minister! That minister thought I would be welcomed by some folks who were organizing an emerging UU congregation. She was right.

Not long after joining this UU community, I was diagnosed with stage IV non-small cell lung cancer and prescribed a palliative treatment of chemotherapy that ultimately lasted ten months. The prognosis was grim: mortality rates were 95 percent within one year and 99 percent within five years.

It became clear to me that it was precisely my emergent humanist belief that equipped me to face what seemed at the time a death sentence. There was no deity to blame or petition for a cure, no miracle hoped for. There was, however, this revelation, if you will: my newly acknowledged Unitarian Universalist theological understanding liberated me so I could choose a path that put me in control of my treatment and recovery. It was this belief system that led to healing.

As I researched the disease, consulted with medical professionals, underwent treatment, and relied on the support of my faith community, it became increasingly clear that it was human energy and understanding that would get me through the nightmare. Great science from a world-class medical university, compassionate care from a legion of health care professionals, a loving embrace from my family and faith community, and a positive outlook of hope, all contributed to a full recovery and excellent health fifteen years on.

I posit that Unitarian Universalism saved my life. A grandfather who encouraged me to examine all things good and bad through a lens of reason: reading, study, research, considering alternatives, and honoring intuition. A community of heretics who supported me with compassion, encouraged my approach to restoring health, and never judged. A family who was there at every step and never suggested I needed to get right with any Divine. All of this and more continues to affirm and strengthen my identity as a Unitarian Universalist.

In the middle of my chemotherapy and the second year of the newly emerged Unitarian Universalist Fellowship of Beaufort, I was asked to serve as president of the congregation. You have to love a faith community that asks you to be their leader while you are planning your memorial service. I suggested they get back to me in a year to see if I were still alive.

I was, and they did. 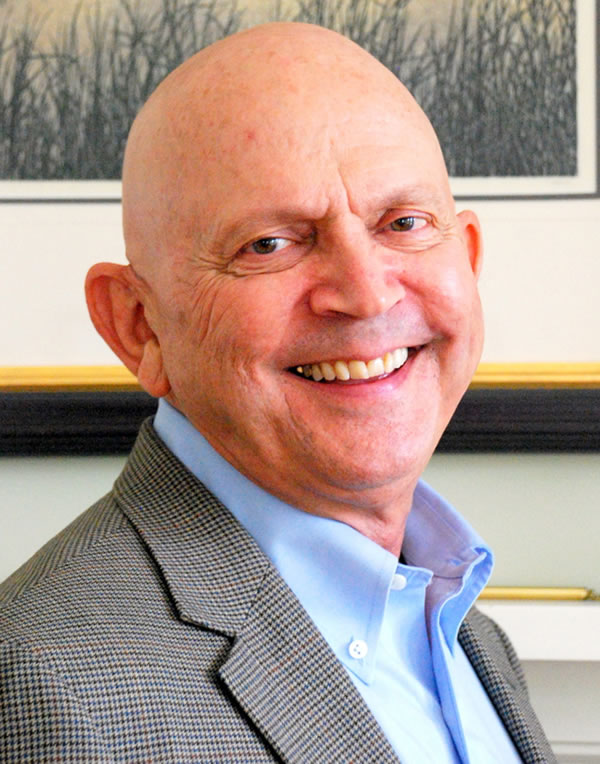