Thoughts on adolescence, growing up, and bridging into adulthood.

My name is Asha, and I’m 17. Actually, I’ll be 18 in a few weeks, but I don’t feel like an adult yet at all. Part of me still feels like an innocent 7-year-old, part of me already an independent college student, and part of me a really hip grandma. In the months leading up to my birthday, though, I’ve been thinking a lot more about age and growing up and what it means to be a teenager these days.

There are a lot of stereotypes about teenagers. We’re lazy, we’re irresponsible, we’re selfish, and all we do is sit around and take selfies all day. But most of all, we’re constantly raging against authority because we hate being told what to do. There’s some truth in that. The number of rules and restrictions placed on teenagers—by family, friends, and teachers—is a lot. My parents don’t let me create a profile on most forms of social media. My school won’t let me wear shirts that show my shoulders. I’m too young to do half the things I want to do and too old to do the other half. Too young to watch R-rated movies, too old to have birthday parties; too young to vote, too old to take naps; the list goes on.

At the same time, teenagers are subject to all sorts of expectations. We feel enormous pressure to succeed—to get straight As, take hard classes, do every extracurricular activity, get into Ivy Leagues—and that’s just school, not to mention social pressure. Our lives are not easy, as much as you may think they are. But don’t take it from me; according to the American Psychological Association, teenagers are the most stressed-out age group in the United States, more so than adults. Because of it, our mental health is taking a downward spiral. As a student in the rigorous International Baccalaureate program at my school, I regularly get less than six hours of sleep a night. Between my five Advanced Placement classes, debate, theater, dance, ukulele lessons, French club, volunteering, and, of course, the UU church, I don’t have a lot of free time. I barely found the time to write this essay. I’m far from alone in this experience.

So, restrictions and expectations. Essentially, being 17 means living a life full of contradictions. You have to get into Stanford, but you can’t stay out past 9 p.m. on a school night. You’re expected to have your whole life perfectly planned out, but you’re still seen as incapable of being independent or taking care of yourself.

The biggest misconception about teenagers, though, is that we don’t care. We do care; we care a lot. I cannot tell you how badly I wanted to vote in the 2016 election, but the second I’m old enough, look out for me at the polls! The stress we experience comes from external pressure, but also from internal motivation to make the world better. One of my friends is starting her own nonprofit to help hospitalized kids, called Art with Heart. Another was a key organizer and speaker at the Utah People’s Climate March in 2017. Another travels to Kenya every summer to help teach kids and rebuild schools. Young people are so often underestimated and not taken seriously when they have an idea.

People say that in recent years they’ve lost faith in the next generation, but if anything, my faith has grown exponentially. My generation will be the one that travels to Mars in 2030. We’ll be the ones that find a cure for cancer and stop climate change. I haven’t gotten to Mars, or cured cancer, or stopped climate change, but the point is, I could. 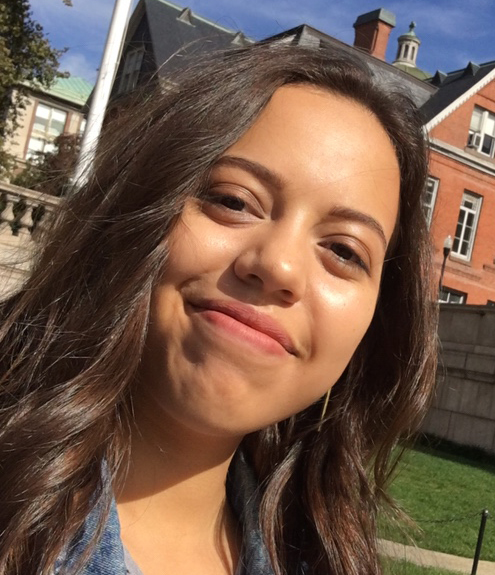 Asha Pruitt is a high school senior in Salt Lake City, Utah. A writer, actor, debater, and current UU Luminary Leader, she is passionate about everything from human rights and politics to indie films and green tea. She finally got to vote last November.