The chalice and the Force

Why have so many ‘geeks’ found their spiritual home in Unitarian Universalism?

A  year ago, I was invited to a Facebook group called “UU Geeks” by my friend Jeff Carr, a lifelong Unitarian Universalist. I asked Jeff why he created the group, one of several such groups on Facebook. “I think that UUs have a larger than normal proportion of geeks,” he said, “and I think the two cultures complement each other.”

Geek culture is an almost impossibly broad umbrella term, but the UU Geeks group has generally focused on the love of science fiction and fantasy, comic books, role-playing, video games, and popular science. Several notable figures in geek culture were UUs, such as The Twilight Zone creator Rod Serling and authors Ray Bradbury and Frederik Pohl.

Geek culture is certainly a recurring theme in ministers’ sermons. A few years ago at the UU Church of Tampa, Florida, the Rev. Dr. Sara Zimmerman read the story “The Ones Who Walk Away From Omelas,” about the moral imperative of acknowledging suffering in any form. It was written by Ursula K. Le Guin, an award-winning science fiction author. Summit UU Fellowship in Santee, California, has had sermons tied to San Diego Comic-Con and how “fandoms” build community and foster growth and achievement. Congregants were invited to wear costumes. Other ministers have referenced Doctor Who, Buffy the Vampire Slayer, and Star Trek, and several UU churches offer Harry Potter-themed summer camps.

When I asked members of the UU Geeks Facebook group whether they see a connection between UU practice and geek culture, the response was enthusiastic.

Erik Slader is a resident of Jacksonville, Florida, who proudly counts himself among the “sci-fi inclined.” Slader has been a UU for ten years, having joined the church as a teenager. “Being at General Assembly has a similar vibe to a comic con [a gathering of like-minded fans]. For the most part, both communities are very welcoming of people as they are. . . . [They] attract very friendly people with a passion, whether it’s for social action or social interaction.”

Social action is an important part of UU practice for Owen Davis, a resident of Fort Myers, Florida, and third-generation UU. “We are made of the same things as stars,” Davis said. “This sameness directly reflects how I frame the connectedness and interdependence of people and things. The worth and dignity of other beings is literally etched the same way that my worth and dignity is.”

A common refrain I hear from the group is that gatekeeping is anathema to UU principles and community. The geek community has a history of acceptance, but it has faced some new challenges as it has grown into the mainstream, such as the inclusion of marginalized viewpoints and a struggle against sexism. “Star Wars is a story of people fighting for the right to govern themselves against the tyranny of a corrupt emperor,” Davis said. “When men leer and joke to each other about Slave Leia, they forget that Leia chose that mission and strangled Jabba the Hutt with her chains, that the rightful name she deserves is Leia the Huttslayer.”

Jen Stark, a youth coordinator at the Oak Ridge, Tennessee, UU church said, “I think the Seven Principles are a set of Utopian principles. They are the foundation upon which to build a perfect society. I don’t think of this as an unattainable goal. I think as long as we can envision something, we can find a way to attain it.” I asked what being a geek meant for her practice. “For me, being a geek is believing in the vague possibility of these other, fantasy realities. It’s an exercise in hope. Star Trek found a way to build a world community with peace, liberty, and justice for all . . . why does that part have to be merely a dream?”

For others, such as Seth and Krista Keith of Tampa, Florida, the lack of labelling or separation into cliques made the atmosphere at church more welcoming for self-proclaimed geeks such as themselves. “It’s not like high school,” Seth said. “Everyone goes into their little groups. Everybody identifies themselves to a group. Everybody stays separate . . . our church doesn’t do that, wisely.”

I mention the topic of Star Wars, including the impending release of the latest installment, The Force Awakens. Seth and Krista are both big fans. “Finding the balance between good and evil,” said Krista, “that’s something I feel like is a constant work in progress with everyone.” Star Wars in particular has parallels to the UU Principles. Redemption of even the most despicable characters, including iconic villain Darth Vader, speaks to the First Principle. Likewise, the Tao-inspired concept of the Force, the spiritual energy used by the Jedi, is very reminiscent of the Seventh Principle.

There’s no one reason why many UUs are geeks, it would seem. Some look for faith traditions and moral systems in church that are similar to those they find in their beloved stories, from cinema to books to graphic novels. Others find refuge in a place where they can be themselves, where their “geekiness” is accepted as part of their identity alongside sexual orientation, race, and gender identity. Regardless, Unitarian Universalism has proved to be a community that welcomes geeks with open arms. 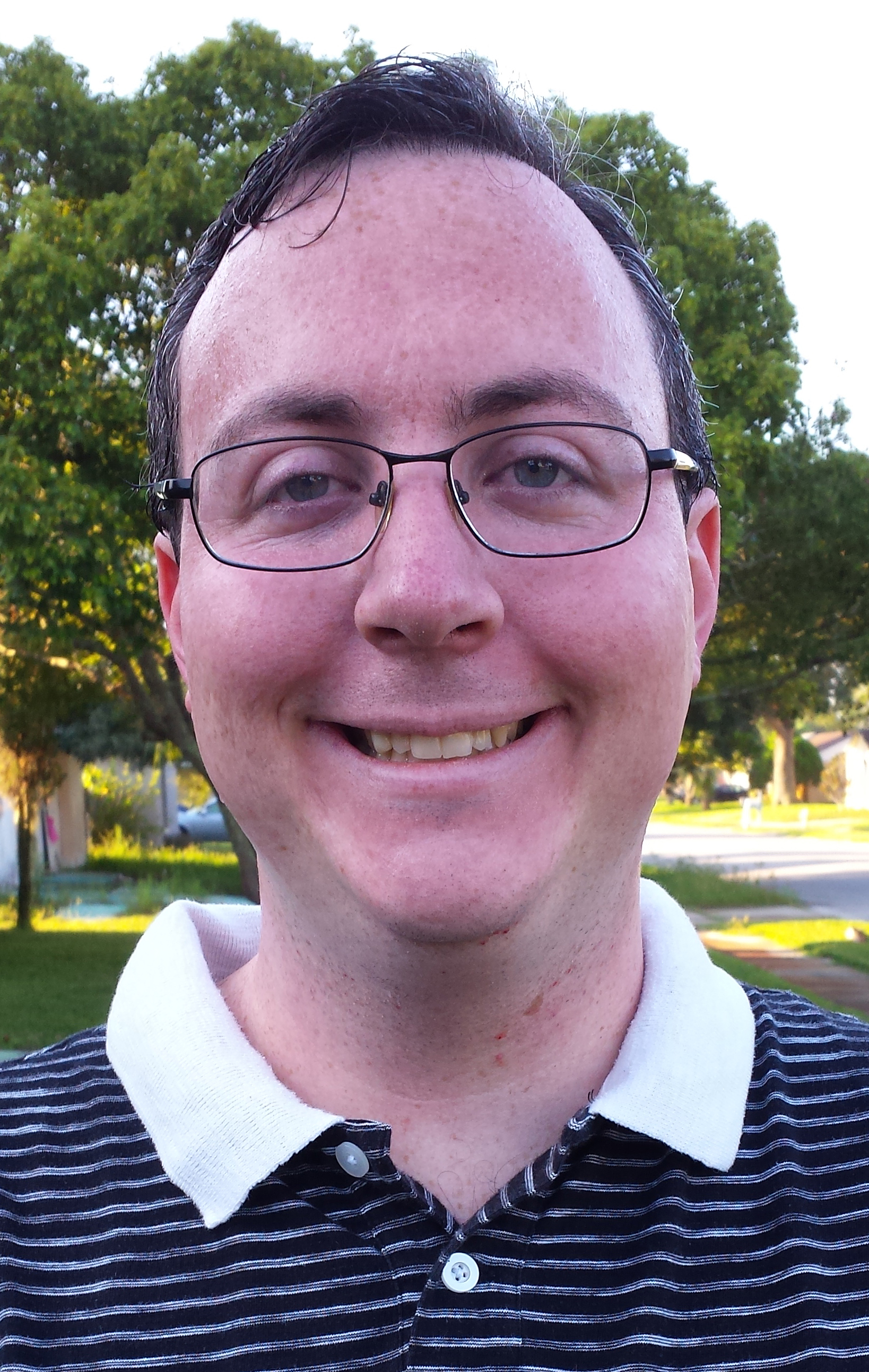 Erik Gern is a writer and web developer from the Tampa Bay area. He has been a Unitarian Universalist for more than fourteen years.