I could hear him the moment we entered the library. “No! No! No!” Once I rounded the corner to the children’s area, my two young kids in tow, I could see the little tyrant perched on top of a table, glowering at anyone, child or adult, who dared get near him. The boy had managed to fill his pockets with wooden blocks before his table ascent, and so had plenty of ammunition to fling at passersby, which he was now doing with some enthusiasm.

As I steered my kids away from the melee, toward the train tables, I could hear the boy’s mother’s plaintive pleas, the pitch rising slightly with each successive statement: “Evan, this is not a good choice. Evan, do you think this is a good choice? Evan, we need to discuss making better choices . . . ”

I’d seen this kid before. I live in a rural, midwestern college town, a brief buggy ride from Amish country. Most parents of the preschool set will run into each other at the limited number of kid-friendly hangouts and events. I’d observed this boy in other situations displaying entirely appropriate behavior, so I knew he was capable of it. Was he making some bad choices that day at the library? Clearly. And his mom, for her part, was dealing with his behavior by following the script I’d seen modeled at too many mom-and-tot functions.

I participated in a local “moms’ group” for a while. The group was composed primarily of college-educated women who were taking some time off, or working part-time, as I was, while rearing our evenly spaced two or, increasingly, three children. These women were serious multitaskers. One had a Ph.D., but knew exactly what to do with a basketful of pipe cleaners. Another had started her own business, but still woke up early to supply the group with freshly baked mini-cupcakes.

And yet when their kids acted like . . . well, like kids, some of them became helpless, as though nothing in their personal or professional experience had prepared them to deal with conflict. Lilah takes a toy from Andrew. Andrew cries. Lilah runs to the other side of the room before Andrew can retaliate. Meanwhile, the mothers exchange panicked looks. Andrew’s mom has her hands full of Andrew, trying to distract him with another toy. Lilah’s mom chases her daughter down and corners her to discuss her “bad choice” and to ask: “Would you like to share the toy with Andrew?”

She refuses. Who can blame her? She was given a choice, and the choice was clear: keep the toy. So her mom makes excuses to Andrew’s mom about how her little one “didn’t sleep well” or might be “coming down with something” when all she seems to be coming down with, in my opinion, is a case of too many choices she’s not mature enough to make.

When did I become such a crank? “Choice”—how I loved that word, how I celebrated it. I chose to have these children at the time I chose to have them. I chose to work part-time so I could have a large role in raising them. While pregnant the first time, I pictured myself parenting in a very positive, nurturing way, different from the way I was raised.

Never mind that I was horribly unprepared for children. Before I had my daughter, at 34, I’d never so much as changed a diaper. I read a dozen or more books on infant care and cornered parent-friends for any advice they could offer.

Then, we had our little girl, and we had to figure it all out for ourselves. From the two-foot-high tower of books by the side of the bed, I can recall only two bits of information that proved useful: swaddling and swinging. I quickly realized our daughter was not a “textbook” anything. By the time she reached toddlerhood, and her baby brother was added to the mix, I’d abandoned the books. Even if I’d wanted to read them, I was way too tired. But other parents had clearly read volumes discussing the positive benefits of giving a child a choice.

There are times now when I feel more connected to my ultra-conservative parents than to my liberal peers. My parents and I agree on almost nothing, including the proper way to rear a child. My mother does not approve of my son’s playing with a doll any more than she approved of my climbing trees when I was a kid. Still, being raised in a house with clear rules had one advantage: I knew where I stood at all times. I knew if I behaved inappropriately I’d have privileges taken away. They would issue firm verbal reprimands, and because I was an anxious, eager-to-please child, that was usually enough to keep me in line.

My parents said “no” a lot; I don’t remember them ever saying the word “choice,” in any of its forms. Like many pro-lifers, they don’t seem capable of uttering that loaded word. Sometimes, in my own circles, I feel like it is the word “no” that is scarcely permissible. For those disinclined to use it, there are other words that get across the same message. Here are some words the mother in the library might have used when her son was on the table throwing blocks, some choice words: Stop. Now. Get. Down.

When that failed, as it likely would considering the noncompliant state the boy was in, she could simply pick him up and remove him. Because she could. Because she’s bigger than him. Later, when he calmed down, they could discuss what he did and why it was wrong and how he might behave next time.

For fear of getting my progressive card taken away, let me be clear that I’m not against choice. Of course kids need to learn how to make decisions. I’m all in favor of letting them pick out their outfit for the day, assuming it’s weather-appropriate. If this means my son is going to trike around the neighborhood in his Elmo sweatpants, a pink, heart- covered raincoat, and a pirate hat—which he’s done recently—that’s fine with me. He’s gained some control over his day, exercised his need for independence, and it hurts nobody. However, when he punches his sister, or when his sister calls his picture “stupid,” I have a responsibility to take action.

During an ideal day, I might calmly dispense the time-outs, followed by discussion about their behavior. During a not-so-ideal day, I might lose my temper and yell at them—for yelling at each other. I might lock myself in the bathroom for five minutes of “mommy time-out.”

I make lots of mistakes, but I know the kind of parent I want to be, and being that kind of parent requires that I step in at times. If I’m going to do this, I need to know what they’re up to, and that means I need to be the mom who hangs around during playdates, hovering.

My presence is sometimes a problem for parents who choose to be hands-off with their preschoolers, who believe that the kids will learn to make the right choices simply by interacting with other preschoolers. The kids will “work it out” and the moms will not interfere with this “process.” Instead, we’ll stay on the couch and have another cup of coffee. If I suggest that the youngsters could use some supervision or verbal guidance, it must be because I don’t “trust” my kids. I also must not trust the kids with whom they are playing.

You know what? I don’t. I don’t trust any kid that age to make the right decisions all the time, or even half the time. Of course, I won’t always be there. Someday soon they’ll have to deal with conflicts while I’m miles away. But right now, I am here, and I have a role to play, an ultimately positive role that requires that I sometimes limit children’s choices.

So it was with extreme frustration that I faced another mom in another playgroup who was rendered spineless when her kid chose to claim every toy within a ten-foot radius as “his.” Her response was the meek, head-tilt-shoulder-shrug so recognizable that I’ve wondered if other moms meet secretly to practice it. Her body language said, What can we do? and mine answered back, We can be parents! The choice is ours. 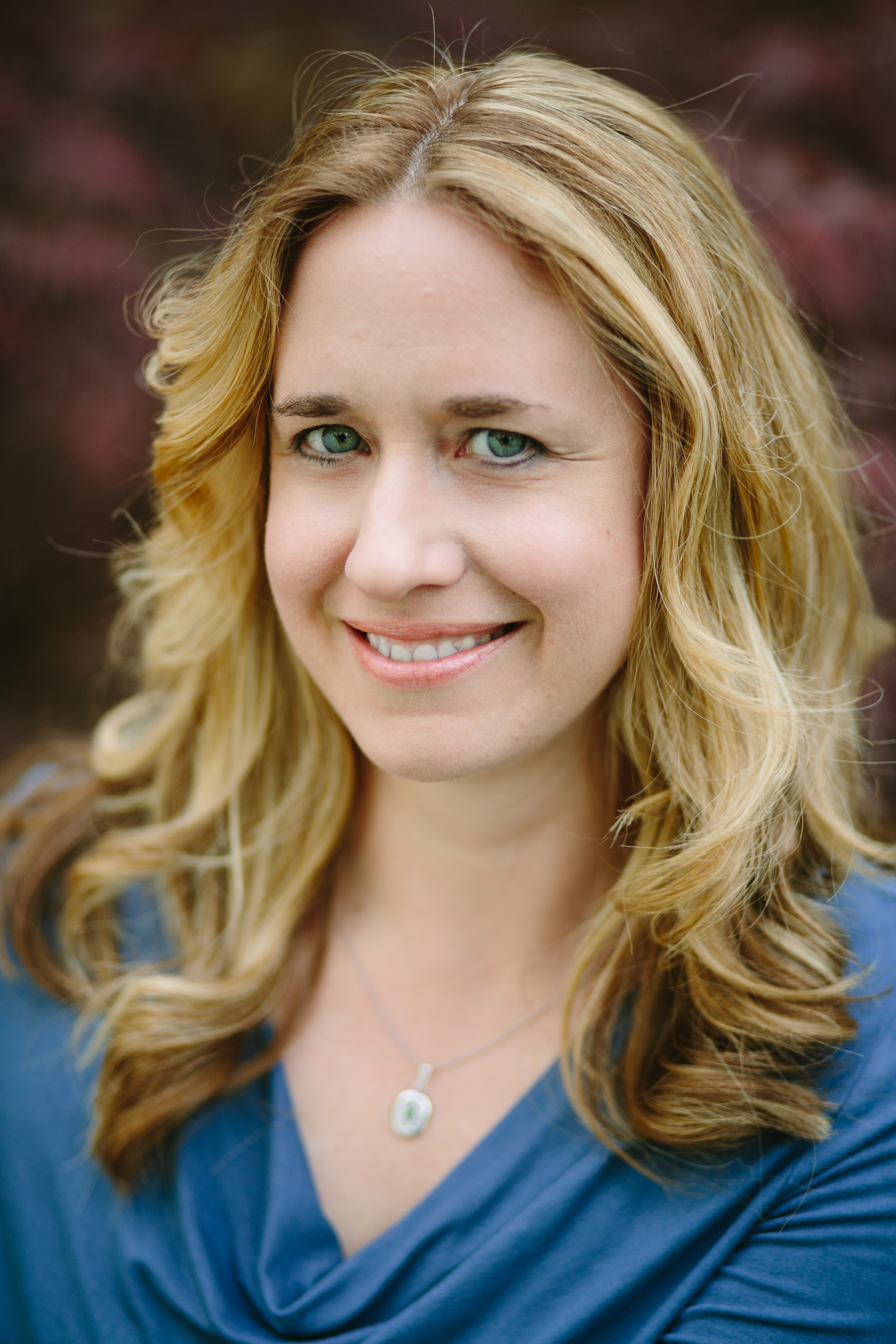 Marcy Campbell has been published in literary journals and magazines, including HOOT Review and The Writer Magazine. She is a member of the UU Fellowship of Wayne County in Wooster, Ohio.