John Gibb Millspaugh 11/17/2008 Winter 2008
Dinner dilemmas
Dinner dilemmas
John Gibb Millspaugh
11/17/2008
UU World Magazine Winter 2008 , published by the Unitarian Universalist Association
Feature
Environmental Justice, Social Justice
Thanksgiving has long been America’s most complicated, high-expectation meal. For many years we have shopped based on quality, price, and tradition, but now we are beginning to recognize that our food choices are ethical choices, too: They impact climate change, worker justice, and animal welfare, to name a few. The question is, will our ethics affect which aisles of the grocery store we walk down this November, and if so, how?

The Unitarian Universalist Association’s 2008 General Assembly chose “Ethical Eating: Food and Environmental Justice” as a Study/Action Issue, so UU World decided to research three Thanksgiving staples (turkey, mashed potatoes, and cranberries) and three areas of ethics (animal welfare, buying local, and organics). Our findings may not affect how you set your table. But what we discovered should surprise you.

Butterball® birds are factory-farmed. Your family will eat growth hormones and antibiotics in every slice. At $2.69/lb, a 12-pound Butterball® bird is $40 cheaper than an organic, free-range bird.

The US Department of Agriculture (USDA) regulates the label “free range,” but that only means there must be a door, it must be open sometimes, and it must lead “outside”—perhaps to a narrow pen saturated with turkey droppings. “USDA Organic” means pesticide-free and no antibiotics.

At $6.05/lb, more than twice the price of a Butterball®, but better for you and the environment.

No animals were harmed in the production of this vegetarian roast. Surprise: more protein and less fat per ounce than a Butterball® turkey breast. Tofurky® Roast sales in 2007 surpassed 2006 by 37 percent.

Produce used to be seasonal. Now the freight industry makes it available year-round. Yum! Produce travels an average of 1,506 miles from farm to market.

Food travels an average of 56 miles from farm to America’s 4,000 urban and rural

farmers’ markets. Freight trains and tractor trailers move food much more efficiently than personal automobiles: Driving an average car just 3 miles to a farmers’ market releases as much carbon dioxide as would shipping 17 pounds of potatoes halfway around the world. And proportionally, local farmers can pour as many pesticides and chemicals into the ground, air, and water as Big Ag.

Backyard and rooftop gardens save money, reduce pollution, and spare packaging without skimping on taste. Garden potatoes can be grown for taste and texture, rather than transportability. Gardens take time and effort, but nothing is more local than your own backyard or community garden.

Growers shun chemical fertilizers, fungicides, herbicides, and pesticides, making these cranberries better for workers, neighbors, and habitats downstream. The most typical organic fertilizer is fish remains, which may contain mercury and rely on overfishing. Like conventional counterparts, organic bogs require large amounts of water and often depend of fossil fuels.

Is the turkey done?

You can’t beat the price of turkeys raised in intensive feeding operations, but factory-farmed meat comes with hidden costs to human health, the environment, the workers, and the birds. Consumers interested in more ethical alternatives now turn to free-range and organic meats. But what do these labels really mean?

“USDA Organic” is a more meaningful label than “free-range,” in some ways. These birds will be free of pesticides, unnatural growth hormones, antibiotics, and toxic heavy metals and will have been raised on grains not fertilized with sewer sludge. Still, both organic and free-range turkeys can be de-beaked, de-toed, transported, and slaughtered in the same manner as their Butterball® counterparts. The Humane Slaughter Act does not apply to any of the 9 billion turkeys or chickens we slaughter in this country each year.

So what meat to eat on November 27? Historians say that the first Thanksgiving feast may have included swans, eagles, venison, eels, and seals. We know from experience that we don’t need any of those traditional meats to celebrate Thanksgiving. Still, most Unitarian Universalists don’t feel ready to let go of animal products, at least not cold turkey.

The drive to eat local

“Locavores” eat food grown no further than 100 miles away, aiming to reduce the environmental toll of food transportation and to improve local communities’ self-sufficiency, prosperity, and social health. But according to a 2008 Carnegie Mellon study, of all food-related greenhouse gas emissions, trips from producer to distributor account for just 4 percent.

What about supporting local communities, local economies? After all, buying locally strengthens relationships among neighbors. The food may taste better, too, as local farmers can sell produce that does not ship well. And when it comes to farming practices, your neighbor is more likely to answer your questions than is a distant corporation.

Yet in their book The Ethics of What We Eat, fifth-generation Missouri farmer Jim Mason and ethicist Peter Singer write that “ethically, we should put ourselves in the position of all those affected by our actions, no matter where they live. If [local farmers] need extra income to send their children to good colleges, and farmers in developing nations need extra income to . . . afford basic health care or a few years of elementary school for their children, we . . . do better to support the farmers in developing countries.” Even, they show, when those impoverished farmers receive just 2 cents of every dollar you spent.

Cranberries are an extraordinarily resource-intensive crop. Cranberries require massive amounts of water, so growers typically locate cranberry bogs on or near wetlands, or near a lake or river. Throughout the plants’ life cycle, cranberry farmers irrigate and flood the cranberry bog, then discharge the water back to its natural source. Conventional cranberry farmers shower the plants with twenty-two types of pesticides, as well as fungicides, herbicides, and chemical fertilizers.

Cranberry bog discharges are not subject to the Clean Water Act of 1972. A 2000 study found that even with the best management practices, water downstream from a bog contained the dangerous insecticide diazinon at a level lethal to aquatic invertebrates. The same year, another study of conventional cranberry bog discharges found elevated concentrations of lead, arsenic, and other toxic metals. And a 2004 study suggests a slightly higher incidence of breast cancer for women who live near cranberry bogs that use aerially applied pesticides.

“Before, after we sprayed the bog, you didn’t hear a sound for two weeks. You knew you’d killed something . . . [Now] I can farm without a space suit on . . . I used to have to say to my kids, ‘Don’t touch me; I’m poisonous right now.” Like many organic cranberry bogs, Wandler’s now supports natural wetland denizens: spiders, bees, and migratory birds like sandhill cranes.

The 2008 UUA General Assembly launched a four-year “Study/Action Issue” focused on ethical eating. The Commission on Social Witness is distributing study guides to congregations this year, and will seek input from congregations before drafting a denominational Statement of Conscience for the 2012 General Assembly. Visit www.uua.org/csw for more information. 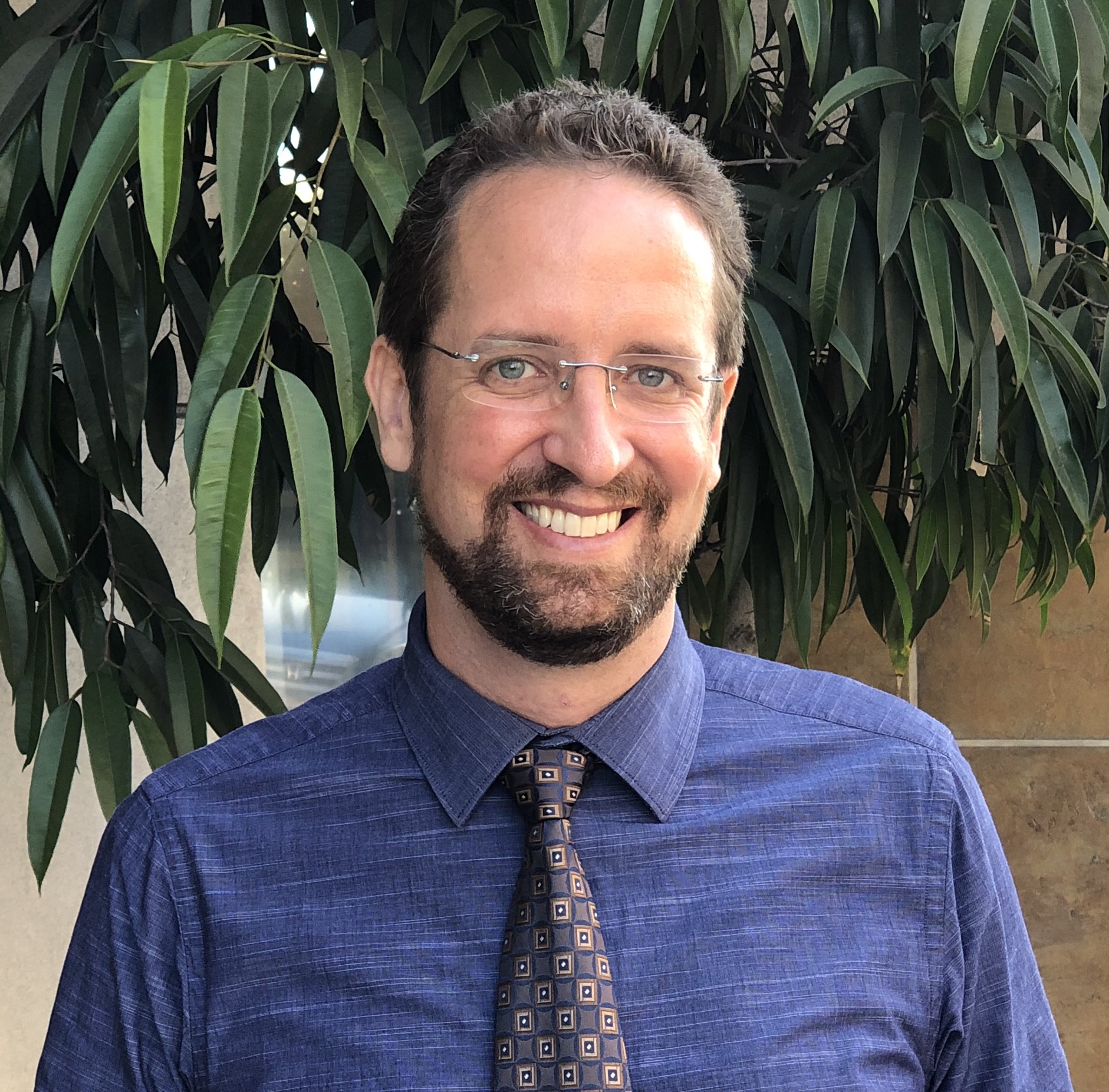 Climate change requires adaptation, but it also calls for defiance.