Baptist youth achieve young adulthood around the age of thirteen. They become Christians by studying their Bible, faithfully attending worship services, participating in Christian youth activities, and then being plunged below moving water in what Baptists call full-immersion baptism. Approaching my thirteenth birthday, I was ambivalent about being baptized. I didn’t know if God thought I was ready yet. But Pat, David, and Stevie declared they felt ready. So ready or not, I prepared to take the plunge!

I knew what to expect from reading about Jesus’s baptism in Mark 1:10. “Just as he was coming up out of the water, he saw the heavens torn apart and the Spirit descending like a dove upon him.” Now, I was pretty sure the affirmation Jesus received from God—“You are my Son, the Beloved, with whom I am well pleased”—was unique to his situation. But I was still counting on the heavens opening and descent of the Spirit. Or at least some kind of warm feeling of welcome to salvation, along with the sense of “well done, good and faithful servant.”

So I was more than a little disappointed when after being prayed over and then plunged under the cold water, I emerged merely breathless, wet, and cold. The earth did not quake, there was no descending Spirit, and I felt no different than I had before. This disappointing lack of transcendence shook my confidence and made me wonder what else wasn’t true.

I always assumed growing up there must be a transcendent existence just beyond our recognition, far more colorful than our everyday existence, if only we could access it.

It is often said that our adult worldview is deeply shaped by what the world was like when we came of age. I was quite circumscribed in my emerging worldview, growing up in white, twentieth-century, small-town America, but our country was about to experience a revolution.

The year 1968 began with the Tet Offensive, which justified an escalation of the American war in Vietnam and sparked anti-war protests around the country. Then the Rev. Dr. Martin Luther King Jr. was assassinated in April, apparently by the Memphis police working with the FBI. The fight for black civil rights turned increasingly violent with riots in urban centers.

By May, youth protests to overturn corrupt governments seemed to be spreading worldwide. Then someone assassinated Robert F. Kennedy as he ran for president of the United States. That was the turbulent year I was baptized and came of age. It deeply affected my sense of being American. I wanted to be part of Kennedy’s vision of America, not the corrupt and violent government I saw on television.

Then came my thirteenth birthday in October 1968 and the dawning of the Age of Aquarius. Of course, we weren’t allowed to attend a rock ’n’ roll musical such as Hair, featuring nudity. But we couldn’t entirely avoid its musical and existential angst either. Like many others that year, I started growing my hair longer as a means of self-expression.

America no longer appeared to be a true democracy. The war in Vietnam changed everything. Anti-war Democratic voters entered that August’s Democratic convention with an overwhelming majority of votes. Yet brutal police tactics suppressed violent demonstrators, and a pro-war Democratic candidate was selected as the nominee. The world had gone askew.

Thanks to extensive television coverage, I emerged forever radicalized, not trusting big governments or big business. I was open to new experiences, yet not willing to accept the status quo unquestioned. I now understood that the police often treated minorities and radicals differently. Protest songs and rock ’n’ roll helped me make sense of what had happened in Chicago, at Kent State, and in Vietnam. My family’s Christian faith seemed as ill placed as my father’s support of Richard Nixon. It appeared we had been lied to all along.

I experienced my first radically transformative spiritual phenomenon the next year. We were in the woods at a Baptist youth retreat. We had spent most of the morning sitting in a dark, stuffy room watching what can best be described as some form of cheap teenage indoctrination videos. When we finally took a break in the late morning, I shot out of the room into the bright daylight of the surrounding forest, making my way quickly up the path before anyone else could engage me in conversation. I just wanted to be alone with my thoughts.

Suddenly, I noticed the path was shining before me. The leaves on the trees were emitting light, and the very trunks of the trees were luminous. The surrounding forest burst into song, almost as if to the sound of the music of the spheres. I saw more shades and nuances of color than I had ever seen before. My eyes were dazzled. My ears could perceive and distinguish sounds at greater distances. I felt my hands and arms as waves of pure energy. I was pure energy, one with all being, at peace with all that could be perceived. This was my first truly spiritual awakening! I felt both joy and awe.

This feeling of unity with everything was pure bliss. I was one with all sentient beings, merging with the surrounding environment, exploding into the universe. Each bird was beautiful and brought a message from beyond. The passing clouds protected us from the ultraviolet rays of the sun while holding the water the earth needed to feed its cycle of life.

After momentarily living in Technicolor, it seemed my entire previous existence had been sepia colored. My life was so much bigger and more meaningful than I had imagined. It was all so much to take in, to notice, and to care about. Being permeated all. I participated in all being.

I always assumed growing up there must be a transcendent existence just beyond our recognition, far more colorful than our everyday existence, if only we could access it. My transcendent experiences suggested any spiritual path with heart might bring us there—to awakening, to experiencing life in Technicolor.

Transforming and knowing what is important to know, I still experience joy and awe whenever I remember that deeply spiritual experience. For a moment, I occupied a transcendent dimension. This created a spiritual hunger for such experiences that would help shape my life’s path and eventually lead me to awakening. 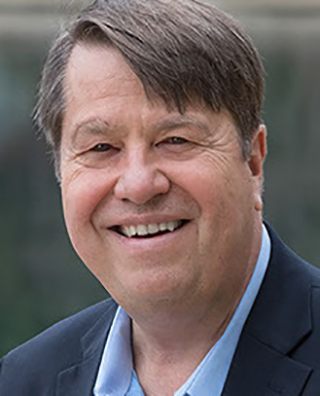 The Rev. Dr. Jim Sherblom was a biotechnology executive before entering parish ministry. He most recently served as minister at First Parish in Brookline, Massachusetts. He is the author of a memoir, Spiritual Audacity: Six Disciplines of Human Flourishing (Wise Ink, 2017).