This essay appears as part of “We’re Right Here: Transgender and Nonbinary Unitarian Universalist Leaders” in the Summer 2019 edition, developed in collaboration with TRUUsT and edited by the Rev. Theresa I Soto.

Part of the Rev. Dr. Gwendolyn Howard’s heart has always inclined toward ministry. Having grown up Roman Catholic, she muses that “it didn’t necessarily seem like something that would work out well.” Howard went on to have a few different careers along the way, including a terrible job in retail and a fun job as the operations director of a public radio station.

When Howard met Pat Falcon, the person who would eventually become her spouse, she was the one who recommended that Howard attend the local Unitarian Universalist church, having spent time there as part of a folk music group.

Falcon was still Catholic, but Howard began to attend, and after a while, determined that, “Yup, this is it.”

In the 1980s she applied to Meadville Lombard Theological School, a Unitarian Universalist seminary in Chicago, Illinois. She earned Doctor of Ministry and Master of Arts degrees consecutively. She thought, “Well, get a Master’s degree at the University of Chicago, and a D.Min. from Meadville, and then you’re done . . . if you could survive it!”

Survive it, she did. After Meadville, she worked for about a year at Cambridge Forum, an interview program much like public radio that is produced by First Parish in Cambridge, Massachusetts. Then she served as the minister of the Universalist Unitarian Church in Peoria, Illinois, for two years, before moving on to St. Paul’s Universalist Church in Little Falls, New York, a church in a rural setting in a town of about 5,000 people.

Howard’s time at St. Paul’s was engaging and fruitful. She’d served there about five years when she decided that she had to come out.

When she spoke to a district executive about coming out, the executive’s immediate response was to tell her that she needed to leave the congregation and could never tell them why. The year was 1995. The response from other executives at the Unitarian Universalist Association was similar: “We really support you,” Howard summarized, “but you need to look for another career, because you’re never going to find a church.”

Howard recalled not knowing about almost any other trans ministers; people were so isolated in those days. She worked in three or four more jobs, such as office administrator, before going back to school for a Master’s in Social Work. She worked in a couple of clinics and specialized in group work in Somerville and Taunton, Massachusetts.

Things got more complex when Howard’s parents, who were both blind since before she was born, began to need additional support. Howard and her spouse moved her parents to live with them in Providence, Rhode Island. Taking care of her parents limited her job prospects. Her mom died in 2012; her dad passed away not long ago. Howard did a variety of things in the interim, including having a private practice and teaching at local colleges. She was also a regular guest preacher at a church in Rockland, Massachusetts, which turned out to be a delightful opportunity. It was the first ministry she’d done in eighteen years. Unfortunately, her eyesight got worse, which made the hour-long drive too problematic, so she had to stop.

Right now, Howard is, as she puts it, “up in the air with what she’s doing.” She appreciates her affiliation as a community minister with First Unitarian Church of Providence because it keeps her tied to a congregation. She still has a small therapy practice and is on the board of TGI Network of Rhode Island, a trans support and advocacy group.

She is especially happy about having been part of a small group of activists who worked to get gender identity and expression added to the state’s civil rights protections in 2001. People said the effort wouldn’t succeed, that it would take years, but the measures passed the first time they were proposed. Rhode Island became the second state in the country to pass civil rights protections for trans people and the first to do it as a standalone bill. Howard says that she is “always going to be proud of that.”

In October, Howard and Falcon will be celebrating their thirty-ninth anniversary. When she was in the thick of caregiving, Howard decided to buy a euphonium, then a tuba, for self-care practice. She still takes lessons. She also has two cats, Milo and Whitman. 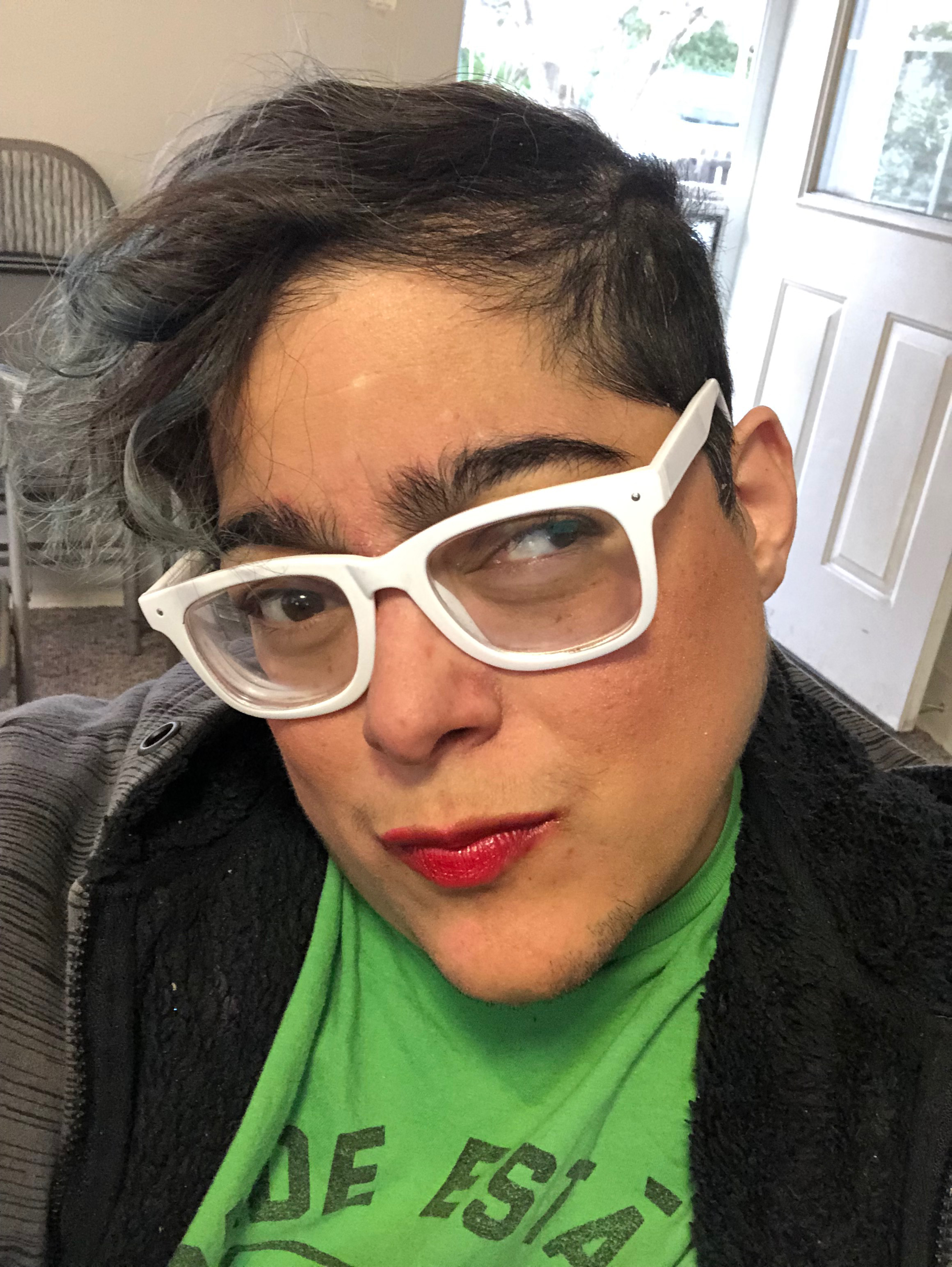 The Rev. Theresa I. Soto is the newly called senior minister of First Unitarian Church of Oakland, California, and the author of Spilling the Light: Meditations on Hope and Resilience (Skinner House, 2019).