In the ongoing battle for the environment, we must learn to listen to those most affected.

There is an elephant in the room of the mainstream conservation movement. Although things are slowly changing, the so-called “Big Greens,” such as the Sierra Club, the World Wildlife Fund, and 350.org, have historically been mostly white. A changing climate and a polluted environment affect us all, but let us be clear: in America, people of color have had disparate access to natural resources ever since white folks first stole the best land from indigenous people. Even our fantastic national park system was in part built on land that was promised to free black men after the Civil War.

Pushed into secondary spaces and so-called sacrifice zones, people of color have borne and continue to bear the brunt of industrial pollution and climate change. In America, and certainly where I live in Louisiana, environmental justice is a racial issue. And because people are experts on their own experiences, it follows that despite the white makeup of Big Green organizations, the people best positioned to lead the environmental justice movement are people of color.

So says the white woman who helped start an environmental nonprofit. In the early days of 350 New Orleans, we barely knew what to do with ourselves, but that’s not to say we were so naïve that we didn’t know the facts. We knew, for example, that along the industrial corridor between New Orleans and Baton Rouge known as Cancer Alley, unusual cancer clusters primarily affected black residents. Case in point: residents in the six census tract areas closest to the Denka factory in LaPlace have a lifetime risk of pollution-related cancer that is 800 times the national average. And we believed that 350 New Orleans—an overwhelmingly white group—was a climate justice organization, because if any of these affected communities needed help, we’d be there. All they had to do was call, or show up at our meetings.

We had decent ideas for campaigns—and we had a niche, because we didn’t hear anyone talking about climate change. And we knew how the organizing world worked: you show up to other peoples’ stuff because that’s what makes them show up to yours. This would just take time. Eventually they would come to see how great we were. And yet, as momentum proved difficult to build, we began second-guessing a lot of our work.

Around this time I heard Ron Chisom of the People’s Institute for Survival and Beyond tell an audience of organizers, “When your vision is clear, you’re never burnt out.” You might sometimes be overworked, but if you still have that sense of vision to carry inside you like a flame, you would never be burnt out.  Well, I was burnt out. I didn’t know where we were going—all I knew was that as firmly as we believed that climate change was the key piece in the great justice puzzle, it didn’t seem to be drawing people into the fold. When we led, not enough were showing up to follow.

What we ultimately learned is that sometimes even the clearest vision of the right path forward is not enough if you just don’t have the resources to walk it. With the benefit of some new volunteers, and as part of a new, modest goal to simply support our partner organizations, we were introduced to and started meeting with a civic association in Cancer Alley.

The first time we attended a meeting at Mt. Triumph Baptist Church in St. James, we were hoping to expand our coalition to fight the Bayou Bridge Pipeline, which at the time was just a hypothetical project with its proposed terminus in the small community around the church. Although the pipeline was on the meeting agenda, the people in the room didn’t want to talk about the pipeline. They wanted to talk about evacuation routes out of their community, which had been blocked by the Capline facility’s appropriation of a public road. And although we were hoping to see a united front of residents willing to stand their ground in their community against the pipeline, most people just wanted out.

Conversations led to some action steps, but mostly they just led to other conversations. There was definitely strategizing involved at points, but most of our long treks to St. James or surrounding communities were just to talk or attend church or eat. Building that coalition to fight the pipeline was and is incredibly slow, hard work. And I’ll tell you something else: it’s hard to organize quickly when people are sick. That’s not an abstract idea or a metaphor, it’s just a simple and mundane fact, one that’s manifestly true in social justice movements across the world and across time.

The people I have met in St. James in particular are among the most stalwart conservationists and naturalists I’ve ever known, in a visceral way that I cannot and most likely will not ever truly understand.

I love clean air and I fight for clean air. But I don’t know what it’s like to choke my way through a night when the air conditioning breaks down because I don’t want to open the windows to invite the nauseating smells of the refinery in.

I love clean water and I fight for clean water. But I don’t know what it’s like to live off of bottled water and soda because no one is able to answer what exactly is coming out of the taps.

I love listening to birdsong in the morning but I don’t know what it’s like when that just stops, forever, and the birds don’t come back home.

I fight for these things that I know but can’t feel. I know what’s it’s like to work hard and care hard and learn and grow and fight and win and lose, but I don’t know what it’s like to do none of these things and stay home because I just can’t breathe. I am never going to know what that’s like, and that’s why this fight is not mine to lead.

There is such honor to be found in the slow and deliberate work of listening deeply to grassroots leadership: because listening builds trust, and trust builds the beloved community. Our group is not the starring hero of the climate justice story, but I fervently believe that everyone plays a role in this movement. The climate is changing. Whether it changes a lot or a whole lot is still to be determined by our actions, but I do know this: only in this process of building the beloved community will our salvation be found.

There’s a distinct difference between showing up to support folks because you want them to support you in return and showing up to support folks because you truly believe their fight is what will save you all in the end. It’s amazing how opportunities present themselves when you take the time to listen and have the wisdom to know that is all you should be doing. When we finally learned to follow, the leaders showed themselves. 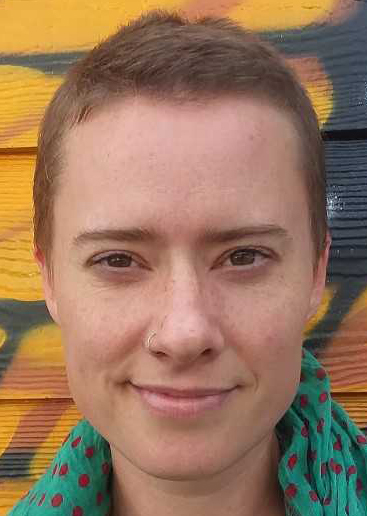 Alicia Cooke is a founding member of the New Orleans chapter of 350.org, an international climate justice organization.

The crushing interconnectedness of our world’s problems can be leveraged to create a comprehensive solution.