A rare happily-ever-after for queer characters

Jaime Jarrett is out to show the world that everyone deserves a happy ending. While LGBTQ representation in the arts and media has increased over the past decades, all too often the characters’ storylines end in tragedy. But Jarrett, led by Unitarian Universalist values, has written the play Normativity to change that story.

Humans are storytelling animals. We shape our own lives as stories and make meaning of the world through stories, and if the stories we see every day don’t include us—on TV, in pop songs, novels, plays, advertisements, textbooks, fine art—we feel that we don’t belong. When we finally do see ourselves in stories but are represented with pain, we loudly hear that that is what we deserve. According to LGBTQ media watchdog group GLAAD, of the 881 regular characters in 2016’s broadcast primetime television programming, only 35 will be lesbian, gay, or bisexual. Lesbian pop-culture analysts at Autostraddle tabulated that 90 percent of lesbian and bisexual TV characters since 1976 were not given a happy ending, being three times more likely to be killed than allowed to live with love. It’s no wonder that LGBTQ youth struggle to picture a future for themselves. The Trevor Project reports that lesbian, gay, and bisexual youth are four times more likely to attempt suicide than their straight peers.

As a queer teenager, Jarrett struggled to picture living to middle age, even with the loving support of their family and congregation. Jarrett—who grew up in the Unitarian Society of Ridgewood, New Jersey, and the UU Church of Canton, New York—spoke of the powerful importance of every Sunday seeing older members with rainbow stickers on their nametags, seeing same-sex marriages performed and celebrated, and learning from Our Whole Lives teachers with diverse sexualities. “Especially since the rest of the world wasn’t as progressive as our church, it was so important to me as a queer youth to have the church normalize being gay,” Jarrett said. “To be able to feel for a few hours each week what it was like to be totally seen and respected and have queerness just be a non-issue. To know the unwavering support of a whole community.”

“We need to be telling the stories that we want to hear. Change can be as simple as being able to listen to a woman singing a love song to a woman.”

Now 20 and studying directing, playwriting, and production at the University of the Arts in Philadelphia, Jarrett wrote Normativity as a musical expression of self and social context. But not every teenager’s artistic exploration receives the kind of recognition Jarrett’s has. Normativity was selected to be part of the 2016 New York Musical Festival, the world’s preeminent event for new musical theater. The festival made it possible for Normativity to have a five-day run in July at the Pearl Theatre on 42nd Street in New York City’s theater district; recruit a superb, diverse young cast and creative team; and raise international awareness for issues of LGBTQ media representation. At the close of the festival, Jarrett won a “Special Citation for Excellence: Outstanding Emerging Artist.”

‘Normativity” has layered narratives; it’s a story about stories, with characters who are aware of their character state. Situated in the lives of American high schoolers and the stories they read, the play’s plot follows Emily, a lesbian book character who is killed off at the end of the novel she inhabits, and Taylor, a burgeoning queer cultural critic. Emily comes to life in the real world and, with Taylor’s help, makes the author rewrite her plot line.

Spoiler alert: the play gives its characters a happy ending. Throughout the in-story rewrites, Emily and Taylor flirt, hold hands, kiss, fall in love, and have a future ahead of them at the closing curtain. As someone who personally has yearned for this story since I was young, it was a powerful delight to see characters experiencing connections I could relate to, and not to be left with the pit of disappointment I have learned to expect from queer plotlines.

“I wanted queer people who come to the show to be able to see themselves on stage, to start to fill in that lack we see everywhere else,” Jarrett explained. “We need to be telling the stories that we want to hear. Change can be as simple as being able to listen to a woman singing a love song to a woman.”

Beyond giving queer viewers the love story they want to see, by blurring the lines of reality Jarrett also highlights the impact of the attachments people develop for fictional characters and the emotional toll of consuming fictional traumas. As I watched the play, I fell in love with Emily’s pluck and sweetness, and deeply felt her absence when she was removed from the stage, commiserating with the remaining characters as they railed against the author for killing her off.

Created by a then-teenaged playwright and featuring young characters and cast, Normativity gives a glimpse into the lives, loves, worries, and antics of today’s LGBTQ youth from their own perspective. The power of youth also drives the play’s arc: the main tension of the plot centers on the character of the author, a straight cisgender man, as he learns to listen and collaborate. His concessions of power are initially unwilling, forced by the teenagers claiming their own agency, but as he sees how his own work is improved by the youths’ input, he seeks out and champions their contributions. It’s a dynamic that plays out in many UU congregations, as well-meaning adults and empowered youth continually relearn how to navigate power dynamics, to the benefit of all involved. It was wonderful to see the subtle strengths of our intergenerational religious community presented on stage.

Carol Loscalzo, chair of the Social Responsibilities Council at the Unitarian Society of Ridgewood, saw other ties: “I kept thinking, clearly this was made by a UU. What was expressed in the play is part of the journey of a Welcoming Congregation: allowing people to be and explore who they are with comfort, without fear.”

Jarrett gives a lot of credit to their UU upbringing for the inspiration and foundation of the play: “Being raised to know that everyone deserves respect, that every person has inherent worth and dignity—that’s what the play is fighting for.”

Drawing on more than thirty years of active commitment to social justice and the arts, the Unitarian Society of Ridgewood has been very supportive of Normativity throughout the play’s development, providing a grant to help with production costs and hosting a fundraising performance featuring the play’s musical numbers. The Rev. Dr. Anthony Johnson, interim minister at Ridgewood, said, “We’re all watching with excitement as one of our own is taking all the congregation has to offer and running with it.”

Jarrett is keenly aware of their responsibility to create the change they want to see in the world. “The medium of theater gives us the unique opportunity to speak to the 150 people sitting right in front of us every night,” they explained. “When done right, it’s activism. I don’t go to a lot of protests, I don’t love crowds, but what I do have to offer is my music and words. Art can really change minds.” And it already has—an author who attended an early performance of Normativity went home after the show and changed her novel’s ending because she had initially killed off the gay hero.

Loscalzo is bringing the inspiration of the play full-circle back to inform Ridgewood’s social justice and youth engagement. “It was eye-opening to understand that this is what our youth are dealing with, and that it’s still so challenging in 2016,” she said. “Just because we’ve got marriage equality doesn’t mean our work is done.”

If Normativity represents the world that our youth are creating and inspiring, then there is great hope for many more of us enjoying our own happily-ever-afters. 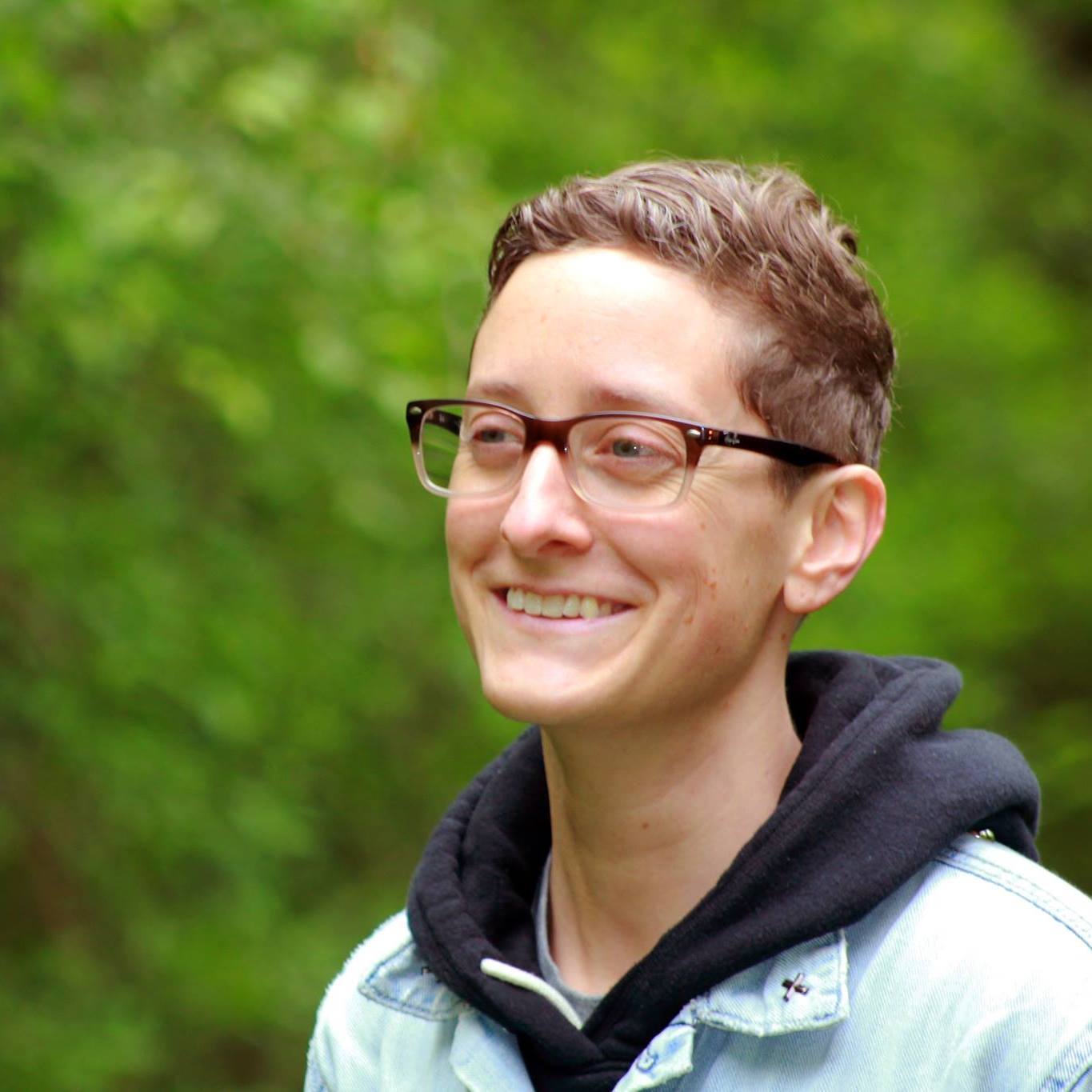 Air Nonken is an unaffiliated lifelong UU. They work as a writer, photographer, and fundraiser in New York’s Hudson Valley.