Czech Unitarians, who developed Flower Communion, invite the world to their 90th anniversary.

Petr Dolák Samojský | 5/28/2012 | Summer 2012
International flower communion, June 10, 2012
International flower communion
Petr Dolák Samojský
5/28/2012
UU World Magazine Summer 2012 , published by the Unitarian Universalist Association
Spirit
Personal Inspiration
This year Czech Unitarians will celebrate the ninetieth anniversary of the founding of the Prague Unitarian Congregation. On April 9, 1922, more than a thousand people proclaimed: “In love of truth and freedom, and in the spirit of the greatest revivalists of human­kind, we join to the service of God, the others and humanity. In the shrine of my conscience I sincerely promise to strive to be a good member of Free Brotherhood.” They then welcomed each other into membership by shaking hands.

The anniversary celebration emphasizes the existence of liberal faith in the hard times of the Nazi occupation of Czechoslovakia (1939–1945) followed by forty years of a Communist regime (1948–1989). The celebration also reminds us of the movement’s powerful emphasis on tolerance and acceptance of each other over differences that put boundaries between us. This notion is reflected in the Flower Communion, which has its origin in Prague in 1923 and has since been adopted by many Unitarian Universalist congregations around the world.

To highlight our anniversary, we invite other UUs from around the world to join us in the International Flower Communion, to take place in the Unitaria building in Prague on June 10, 2012. Czech composer Karel Loula created a special Flower Communion composition for the event. The service will be recorded and streamed on the Web.

If you cannot attend in person, we invite you to join us by sending a “virtual flower”—it can be a group photo or a photo from a special event, but the picture should contain a flower symbolizing the group or individuals. The pictures will be presented during the Prague Flower Communion service together with the flowers brought by participants. 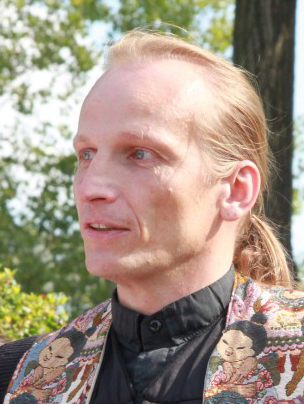 The Rev. Dr. Petr Dolák Samojský is minister of the Prague Unitarian Congregation in the Czech Republic.