Resisting the erasure of bisexuality.

For us, it’s about conversations. It started with this one:

“I’m bisexual.”
“Oh, thank God. The way you looked I thought you were going to tell me something terrible.”
“You’re OK?”
“Does this change anything about us?”
“No.”
“Then I’m fine.” Nervously: “Do you want to come out to other people?”
“No. This is private. But I wanted you to know.”
“OK.”

We would be engaged within a year. The words alone don’t convey what this conversation was really like—the fear and the relief and the amazing initial brevity of it. It took less than five minutes. Five minutes to open the closet door and then push it mostly closed again.

For the next fifteen or so years, we were secretive about a healthy sexual orientation as if it were toxic information. One of us censored his stories and reactions, deprived himself of solidarity with queer friends, advocated for LGBTQ rights as an “ally,” and had no way to process a childhood and youth roiled with guilt and fear. One of us was unhappily complicit in the erasure of her partner’s identity but anxious about a reckoning that seemed inevitable.

We told a few trusted friends and were largely greeted with acceptance and support, but also with deafening silence. Part of this was our fault. In those days we said things like, “George is bisexual, but we’re committed to each other so it doesn’t matter.” It’s one of our biggest regrets. We told people that, and they acted accordingly. We leaned into the privilege of mostly passing as a straight, heteronormative couple, perhaps fueled by our own biphobia.

And yet, there was something gnawing at us, a vacuum in the middle of our strong marriage. Bisexuality is so invisible in our culture that we recognized the claustrophobia of the closet only very gradually. It was partly good therapy, partly the Supreme Court ruling on marriage equality, partly reaching middle age, partly George’s mother’s illness and the sense of time running out. And it was a lot of conversations.

George spoke of how coming out to his family was going to be the scariest prospect, given his Catholic background, despite his family’s generally progressive attitudes. Mary wondered about how her parents and friends would respond, whether she’d be greeted with pity, told to leave the marriage, told she was a fool. The word “beard” was tough to contemplate hearing, even knowing it was not our truth.

But by then we had met more openly bisexual people and were inspired by their examples of authenticity. In the age of social media, we yearned to not police our boundaries, to not worry about what bit of information would get back to whom.

For George, one of the clinchers came out of a mundane moment. We were out to dinner with friends to whom George was out. The waiter was gorgeous, and George was making appreciative comments about him when he was out of earshot, along with the straight women at the table. Mary turned to him and said, “You know, you should be able to do this around anyone, without worrying about it.” It was a thunderbolt moment.

We embarked on a series of conversations with people we love, starting with George’s mother, his sisters, and Mary’s parents, telling them together and trying to address their concerns. George also came out at work, garnering some wonderful support but lots of uncomprehending stares as well. It culminated in our first Pride march and a long Facebook post.

We were met with varying degrees of confusion, indifference, acceptance, and support. Sometimes we got hurt; sometimes we felt immensely loved; sometimes both at the same time. People offered us hugs, tears, laughs, wine to celebrate (“Do you want red or white? Or both?”). It was a summer of life-changing conversations. Sometimes they were befuddling and humorous. One person confused “bisexual” with “metrosexual,” and George’s mom thought for a moment that perhaps Neil Patrick Harris was bi because he was a gay man who played a straight man on TV.

Finding our place in the queer community was much more complicated than we expected. We didn’t imagine the number of times fascinated gay men would follow us around with intrusive questions or tell the story of their failed marriages to women. We weren’t sure if we were supposed to exonerate them or suddenly confess that we were on the same path, but these conversations seemed awfully important to them. We lost track of the number of queer people who advised us to split up before the “bi phase” ends. (It’s been a long phase: George has known since he was 9. He’ll turn 50 in June.)

To this day, when we’re in queer spaces together, as soon as one of us goes to the bathroom or joins another conversation, the other is confronted by someone saying something judgmental, pitying, intrusive, misogynistic, biphobic, or all of the above. Gay men over 50 have, in particular, often approached George with misogynistic and rudely intrusive comments. Bisexuals are the largest cohort of the LGBTQ community and yet the least likely to be out; this is particularly true of bisexual men. We’ve learned a lot about why in the last four years.

And then there have been the surreal and fruitless conversations with straight people who expect us to teach them what they’re not really open to learning:

(Sometimes, we resorted to drawing charts.)

“You really don’t mind that your husband likes guys?”
“No. Luckily for me, he also likes women.”
“But he could fall for someone else.”
“So could anyone.”
“It’s different.”
“It’s really not.”

We have been posed rude and hurtful questions by total strangers, professional colleagues, and people we thought knew us well:

“You’re married. What does this part of you/him matter?”
“Are you/is he lying to cover up that he’s gay?”
“Are you/is he capable of being faithful?”
“Aren’t you afraid your marriage is doomed?”

If you have not been asked questions like these, whatever your orientation and your partner’s, we ask you to imagine being blindsided with them by strangers. How would it feel to have them asked by friends? By family?

Bi erasure has deprived many in our generation of the framework for understanding themselves until late in life, sometimes ten or twenty years into a marriage. We’ve ached for bisexual people who feel forced to choose between living in hiding or losing the person they love most. We’ve seen straight and gay partners terrorized by the myth that bi people can’t be in stable relationships. There are scant resources for these couples. They’re afraid to open up to friends about their struggles so they only talk to each other, locked in competing needs. One needs to talk about their fears; the other has to hear the person they love repeating the worst myths about bisexuality.

Some of the best allyship a monosexual person can offer to bisexual people is to support their relationships. Let the straight or gay partner confide their fears in you instead of always to their bisexual partner. Challenge the toxic myths about bisexuality when you hear them. Don’t use “gay” as the umbrella term for LGBTQ people. Don’t closet bisexual people as gay if they’re with a same-sex partner or as straight if they’re not. Stay in conversation with them about their bisexuality.

If you are a member of a mixed-orientation couple, we want you to know the other side of our coming- out story. We lost the dread. We got closer to each other and built more trust. We found love and support. We found an inspiring and beautiful queer community. We’ve changed some minds along the way. We became bolder. And we’ve found purpose in trying to make the path a little easier for others like us. We wish all the same for you. It has all been worth it.

While we can attest that there is no “right time” or “right way” to come out, we can also say that it has been one of the best decisions of our marriage and the healthiest for us as a couple and as individuals.

We close with one more conversation, between Mary and her mom:

“Mom, you shouldn’t say ‘gay marriage.’ You should say ‘same-sex marriage.’ If I got hit by a bus, George might get remarried and it might be to a man, because he’d still be bisexual. We should be fighting for him too.”
“Don’t get hit by a bus, dear.”
“Mom, the point is . . .”
“The point is, dear, I would have two sons-in-law.” 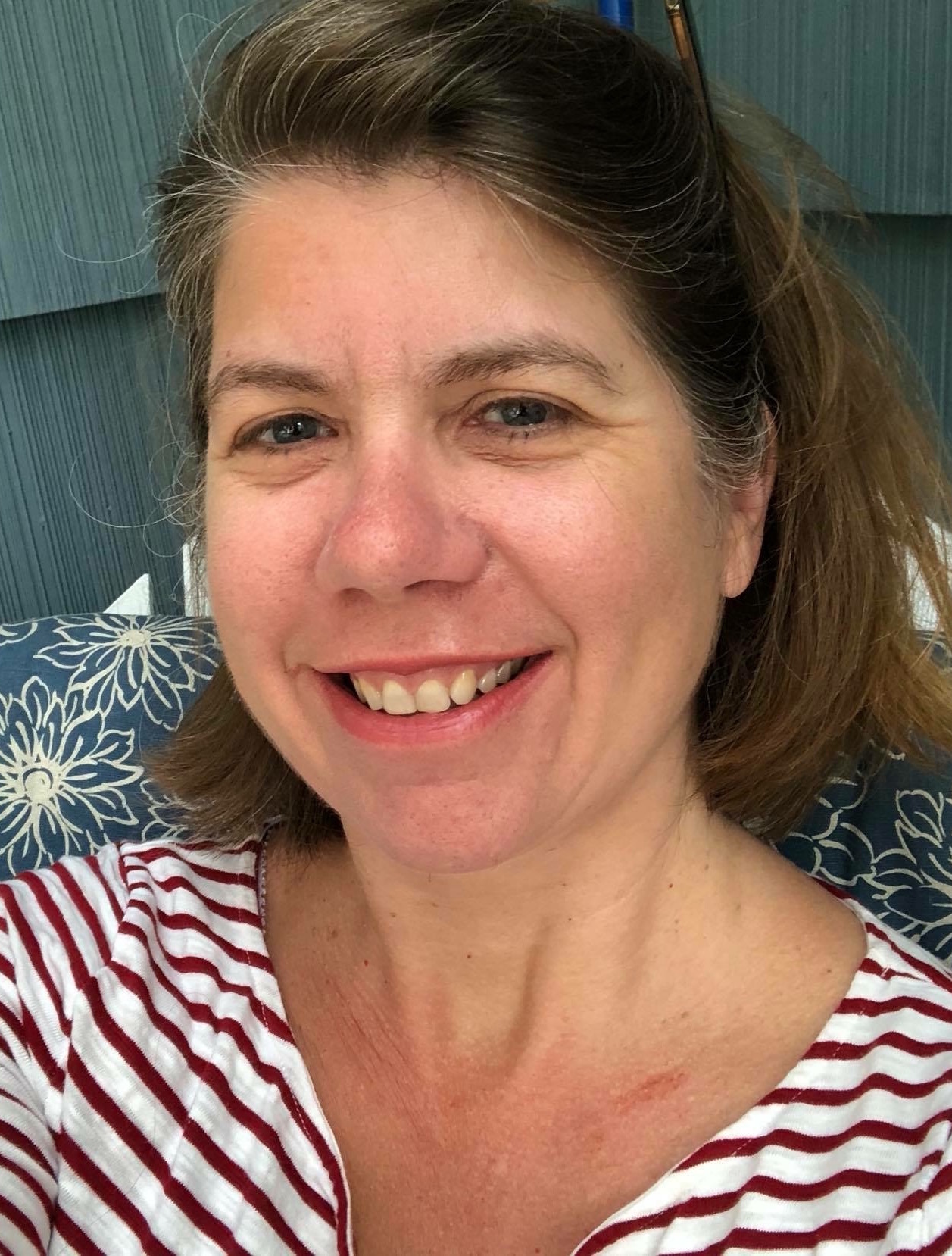 Mary Benard is the editorial director of the Unitarian Universalist Association Publications Office and Skinner House Books, a member of SpeakOUT Boston, and a member of the Board of Directors for WATCH CDC, a nonprofit in Waltham, Massachusetts, that promotes affordable housing, provides adult education and leadership development, and empowers underrepresented residents through civic engagement. 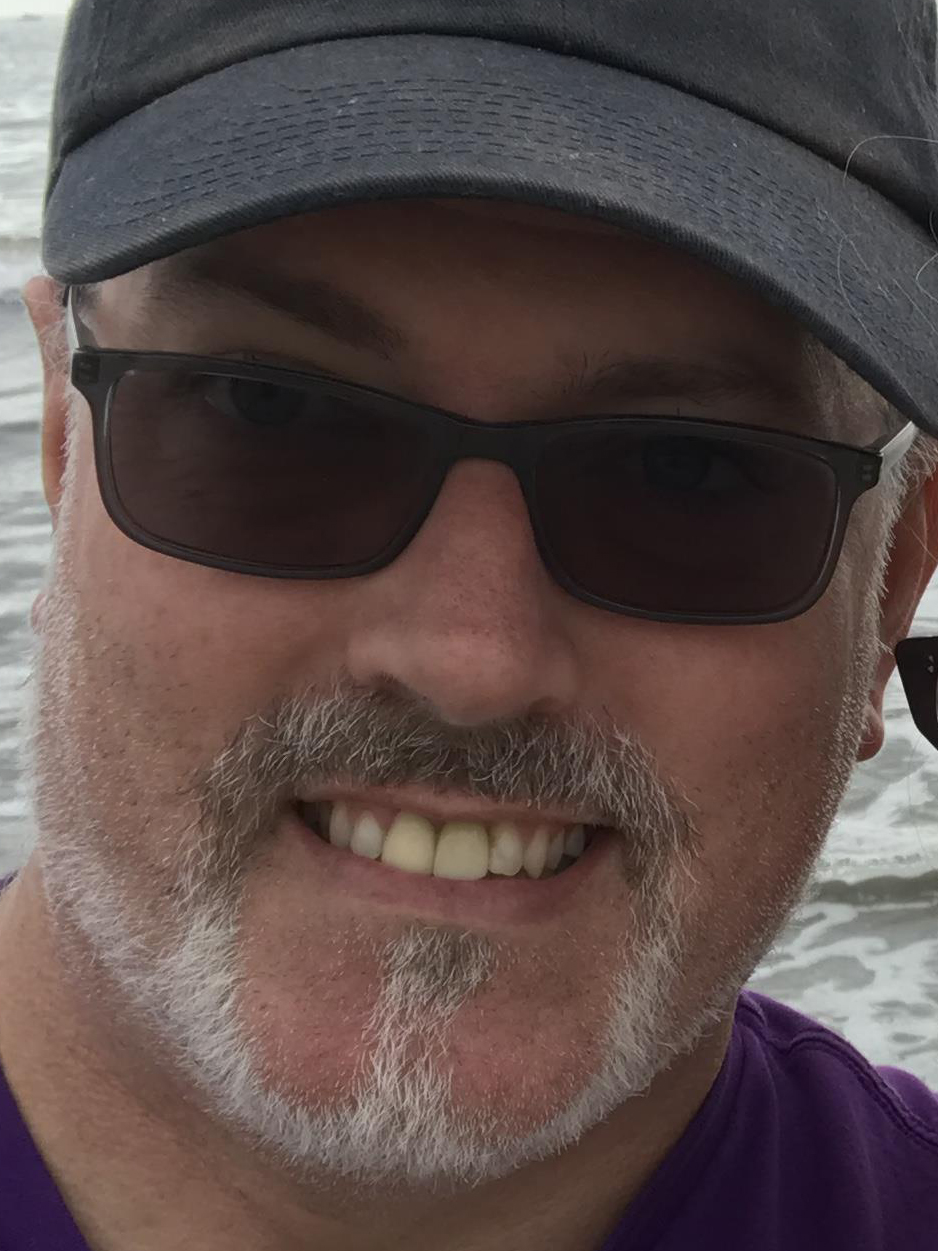 George Grattan lives in Waltham, Massachusetts, and works in Boston as the senior manager for writing and editing at Ceres, a nonprofit sustainability organization. He hosts a monthly “Bi+ Guys/z Social Night Meet up for the Bisexual Resource Center and is a board member at SpeakOUT Boston, an LGBTQIA+ speakers’ bureau.

In finding my true voice, I also found my true gender.