In the lineage of Montgomery

The Rev. Erik Wikstrom was ready to preach on August 27 and the order of service was already printed when the call came from the Rev. Jesse Jackson’s staff: Would it be possible for the famed civil rights leader to be in his pulpit this Sunday? The sanctuary of the Thomas Jefferson Memorial Church (TJMC) Unitarian Universalist in Charlottesville, Virginia, had been overflowing at several services and events during the difficult weeks of August, and it was overflowing again as Wikstrom introduced Jackson to an enthusiastic crowd.

Jackson’s initiative to preach at TJMC arose from his long relationship with UU colleagues and congregations. When asked in press interviews why he had chosen TJMC among all the churches in Charlottesville to make his own statement against racist hatred, he cited Unitarian Universalism’s reputation as a progressive denomination committed to racial justice. He also believed that preaching to a predominantly white congregation would send an important message of reaching across racial lines.

In the introductory remarks to his sermon, Jackson said that Charlottesville has joined the pantheon of places where the struggle for justice will always be remembered. “You join that legion of spots for justice and liberation; you are now in the lineage of Montgomery; Little Rock; Birmingham; Philadelphia, Mississippi; and Selma, Alabama.” He cited Unitarian Universalists who were both mentors and sources of inspiration to him: the Rev. Jack Mendelsohn, who in 1984 went to Syria with him to intervene in the capture of a US Navy flier, and Viola Liuzzo, a Unitarian Universalist laywoman and civil rights activist from Detroit who was murdered in Selma in 1965. He added Heather Heyer, the woman killed in Charlottesville on August 12 in a domestic terror attack, as one of the martyrs for freedom. “She too is now in the lineage of Rosa Parks; of the four little girls in Birmingham, Alabama; of Schwerner, Goodman, and Chaney, . . . the jail cell of Mandela, the innocent blood of Dr. King. Heather is in that legacy, which has led to remarkable progress.”

Jackson took a question from the audience about Black Lives Matter and spoke about the oppression of Chinese, Japanese, Latino, and LGBTQ people in the United States, noting that they each have their story. “We came on slave ships; that’s our story. These stories together equal a new majority of tolerance and participation. We’ve survived apart. Now learning to live together is a big deal. And that's the miracle of it all.” Without erasing these other oppressions in American society, Jackson said, “What Black Lives Matter points out is Trayvon Martin is killed and Michael Brown is shot and killer walks free. . . . Don’t we matter? . . . Blacks are not the bottom of American society, they are foundation and when the foundations shakes, everything moves.”

His message, “Changeless Values in Changing Times,” began by paraphrasing a question posed by the Rev. Dr. Martin Luther King Jr.: “Vanity asks: is it popular? Politics asks: will it win? Conscience and morality ask: is it right?” We search, Jackson said, for the authentic, ultimately changeless values grounded in conscience and morality. He reminded us that the Statue of Liberty declares “Give me your tired and huddled masses who yearned to breathe free,” not “give your most able and most literate English-speaking only and leave the rest behind.” These values should not be embraced, he said, that’s opposite of the Jesus standard. “In fact,”Jackson ad-libbed, “if Jesus were alive today, Jesus couldn’t get into Trump’s country, and Trump couldn’t get into Jesus’s kingdom.” He chastised the current climate of militarization, saying “we must not have guided missiles and misguided leaders.” The congregation erupted into sustained applause.

Jackson spoke directly to the controversy that erupted during the August 12 weekend between the “Unite the Right” demonstrators and the counterprotest organized by Congregate C’ville. He said, “We should remove the statues, the flags, the states’ rights agenda and the electoral college—all are relics from the Confederate formula of slavery. We must end the vestiges of a war that has long since ended as they did in Germany. In Germany, there are no symbols erected to recognize Nazi leaders of the Third Reich. There is no Hitler High School.”

Jackson said that some politicians he knows are embarrassed about these recent events and the rhetoric around them, but “we must not be merely embarrassed in the face of division and hate. In 1963 there were those who were embarrassed by the dogs biting marchers in Birmingham, but would not vote for the public accommodations bill. In Selma there were those who were embarrassed by the scene of horses kicking marchers, but these same people would not vote for the 1965 Voting Rights Act. We must move from embarrassment to enlightenment. We must change the conditions. We need to move in a new direction. The fight against voter suppression and the end of fake news of voter fraud is the fight of our day. Racism is not natural; it’s a learned behavior, and it can be unlearned. In fact, racism itself is fake news!”

“But friends, Charlottesville is Selma,” he continued. “It’s you now. I came to this basically white congregation to go beyond the boundaries of race, religion, orientation, languages to send one message: that together, there are more of us than necessary to win this battle. We have never lost a battle that we have fought. We fought the battle to end slavery, and we won. We fought the battle for the right to vote, and we won. We fought the battle to organize, and we won. We got into some deep water, but remember this: deep water doesn’t drown you—you drown when you stop kicking. So don’t stop kicking!” With that, the congregation was on its feet, clapping, shouting, “Yes, sir! Preach it!” After Jackson’s sermon ended, he greeted members in the social hall. He asked the congregation to hold hands and offered a call-and-response prayer for all those injured, for the families of those killed, and for city of Charlottesville and the nation.

Charlottesville continues to be an epicenter of anti-white supremacist action. The Lee and Jackson statues were recently covered in black tarp, only to have the tarp over the Lee statue vandalized and then removed. Governor Terry McAuliffe hosted a conference call for Virginia faith leaders for a debrief and an opportunity to hear what he plans to do in response to the events in Charlottesville. On Saturday evening, August 26, the Charlottesville clergy hosted a “Love Over Fear Call to Conscience” with the Rev. Dr. William J. Barber II. On Sunday, August 27, Repairers of the Breach hosted “Forum for the Nation: A Public Conversation on Democracy and White Supremacy.” On Monday, August 28, a broadly sponsored coalition of progressives embarked on a 117-mile march beginning in Charlottesville and ending in Washington, D.C., with the intent to “demand our country reckon with its long history of white supremacy.” 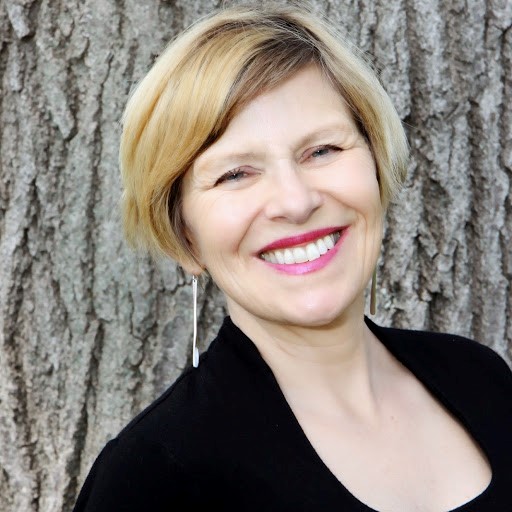 The Rev. Kathleen C. Rolenz has served Unitarian Universalist congregations since 1993, including sixteen years as senior co-minister of West Shore Unitarian Universalist Church in Cleveland, Ohio, with the Rev. Wayne Arnason. She is the author, co-author, or co-editor of several books published by Skinner House, including the forthcoming Bring Forth the Spirit, with Mark Belletini and Jeff Horst.

UUA Board of Trustees reaffirms $5.3 million commitment to BLUU, acknowledges concerns with process.