A new generation of UU leaders in the Philippines

How the Unitarian Universalist Church of the Philippines came to be, and how it continues to evolve.

Zarinah “Yna” Sienes wakes up on Sunday mornings and, like her parents and grandparents before her, heads to the Unitarian Universalist church. In the tradition of her great-grandfather, the Rev. Toribio Sabandija Quimada, who founded the Universalist Church of the Philippines in 1954, she prepares for her role in worship.

Sienes is a civil engineering senior at Silliman University in Dumaguete City, the provincial capital situated on Negros Island surrounded by the serene Bohol Sea in the Philippines. The headquarters of the UU Church of the Philippines (UUCP) is located near the city’s center, on a 500-square-meter campus that includes a worship hall and freshly built student dormitory.

Like most UU churchgoers across the island, Sienes shows up on her motorcycle. The Sunday we meet, she is with her girlfriend, Ellie. Average weekly church attendance is a few dozen, so the couple stands out. “I feel the pressure when people see me,” Sienes says. “I can feel people thinking, ‘This is the fourth generation,’ and for me I know I’m in the bloodline but I am not the kind of person who decided to study religion or go into the ministry.” She nonetheless expresses a strong, lifelong commitment to UU lay leadership. Sienes actively organizes with young people and recently took over the musical accompaniment responsibilities for Sunday worship. “It is a privilege for me to play songs every Sunday,” she says. “That itself makes me happy.”

Many congregants know Sienes from growing up in the church, but they have also embraced her girlfriend, who has gotten very involved there. “At first I was scared because I didn’t know how people would react to us as a couple, because I didn’t know if they were going to judge me or appreciate me,” says Sienes. “Ellie really influenced me from how she modeled being so open, and that gave me confidence. We’ve been really happy and welcomed.”

Over the last decade, the UUCP has grown increasingly confident and public in its progressive social message and support for LGBTQ people and causes, offering a powerful counternarrative to the ultra-conservative dominance of the Catholic and fundamentalist Christian churches in the Philippines.

UUCP founder the Rev. Toribio Sabandija Quimada was born in 1917, the second of thirteen children who were raised Roman Catholic. Reading the Bible as a young adult—which was discouraged at the time in Catholicism—inspired him to attend and then teach Protestant Sunday school, leading to his ordination in Iglesia Universal in 1948. Quimada was geographically isolated, serving several small congregations on Negros Island with few resources. Looking for support for his ministry, he turned to an international church directory, looked for “universal,” stumbled across the Universalist Church of Gloucester, Massachusetts—the oldest Universalist church in the United States—and reached out.

The Gloucester congregation connected him with the Universalist Service Committee, and they began sending church materials that Quimada incorporated into his Christian education program. This so incensed the leadership of the Iglesia Universal that in 1954, Quimada was expelled from his ordained ministry. In response, he founded the Universalist Church of the Philippines (UCP) and several hundred members of his former congregations joined him.

Quimada built an enduring relationship with the broader Universalist and Unitarian world. In 1972, the UCP was accepted as a member of the International Association for Religious Freedom, and in 1984, it presented Quimada with its prestigious Albert Schweitzer Award for Distinguished Service to the Cause of Liberal Religion. In 1985, the UCP changed its name to the Unitarian Universalist Church of the Philippines and vigorously pursued affiliation with the Unitarian Universalist Association. In 1988, the UUA officially accepted the UUCP into membership. It was the last organization to receive an international affiliation from the UUA, and the two have maintained a close spiritual and financial relationship ever since.

Tragically, Quimada did not live to witness this historic event. As his granddaughter Melca Quimada wrote thirty years ago in a short piece for UU World, “Just weeks before he was to fly to the General Assembly, Quimada was murdered in his home by a right-wing paramilitary group. He was shot and his body burned along with the UUCP records, hymn books, and worship materials which he was killed trying to protect.” Quimada was a known peacemaker and safe harbor for his rural congregants whose primary livelihood was laboring on farms and who were on the frontlines of a leftist insurgency against government security forces.

After the loss of Quimada, the church continued under the leadership of his daughter the Rev. Rebecca Quimada-Sienes. The first Filipino UU to study and complete a theological degree in the United States, she took the reins of the UUCP when she returned from Meadville Lombard Theological School in the late 1990s. Quimada-Sienes is widely respected and takes pride in her leadership and mentoring of women clergy, teaching on feminism, and carrying forward the human rights work of her father. Under her leadership, the church has transformed over the last generation to be more intentionally inclusive of women and LGBTQ people in ministry. This has led to new public ministries, including programs at national UU youth conferences, a mass LGBTQ wedding at Makati City Hall (the Philippines’s financial center), and an annual presence in the Metro Manila Pride March.

Today, the twenty-seven registered congregations and 2,000 members of the UUCP are based primarily on Negros Island in the Visayan region, the central part of the Philippines, where tall, sharp sugarcane fields stretch from the sea up into the foothills of mountains whose peaks run along the center of the island. The theology of today’s UUCP is strongly Universalist, progressive, and Christian. It has adopted Eight Principles, the Seven Principles of the UUA with the addition of its own First Principle: “There is God. God is love.” God talk, prayer, and blessings are daily practices in UUCP life. Experiences of worship across its congregations are similar in liturgy, with a hymn, sermon, and readings. For the majority of UUs in the Philippines, services are an all-ages experience held in open air chapels amidst sugarcane and rice fields. Barriers to education are rooted in the area’s extreme poverty. A growing minority of members are going to college—many of them sponsored by international UU donors and partner churches—and shifting from agrarian work into jobs as teachers or call center and health care workers.

As the church has achieved more stable financial footing, thanks to several income-generating projects such as the new Quimada student dormitory in Dumaguete and a mango farm in Nagbinlod, there has been renewed focus on the ministry and religious education. In 2019 the UU Ministers Association of the Philippines held an intensive training and dialogue on ethics and a new code of conduct for ministers, which generated substantial discussion on issues of misconduct, consent, accountability, and restorative justice. The UUCP proposal for the new code is expected to be completed by 2022.

In 2019, the UUCP shifted to a new structure centered around a General Assembly of congregations to be held every three years. There, a significant passing of the torch from the Quimada-Sienes clan occurred with the election of the Rev. Maria “Tet” Gallardo, a younger-generation minister who is openly LGBTQ (see page 13). Rev. Tet, as she is known, has an expansive and progressive view of the future of Unitarian Universalism in the Philippines, creating space for LGBTQ communities, addressing climate change, and envisioning a new association of UU farmers who comprise over 90 percent of the adult membership. Rev. Tet is also continuing the UUCP’s global leadership efforts, recently hosting the first UU Asia Pacific Regional Conference in Dumaguete with representatives including the Khasi Hills Unitarians from India and the Unitarians of Indonesia.

UUA President Susan Frederick-Gray will be visiting the Philippines and UUCP congregations for five days in February. And in October, UUs are invited to travel to the Philippines for a new program called Fall Pilgrimage 2020, where they will visit UU congregations, attend festivals, and see tourist destinations focused on biodiversity. The goal, say its organizers, is to let people “experience the counterculture that is the Filipino Beloved Community, to assess how UUism is lived throughout the communities, and to learn to discover the counternarratives of the oppressed.”

At the church in Dumaguete City, Yna Sienes sings the songs of her forebears. Her great-grandfather wrote many songs for his churches in the Philippines, using Visayan folk tunes, the music that his people knew. One of these is Hymn 182 in the UUA’s Singing the Living Tradition hymnal:

Let not the service of the good be confined to great saints alone,
but every hour be part of all our daily living.
Set not the hope of wisdom’s grace beyond our ken;
how wide the path, how close the goal, which love has shown. 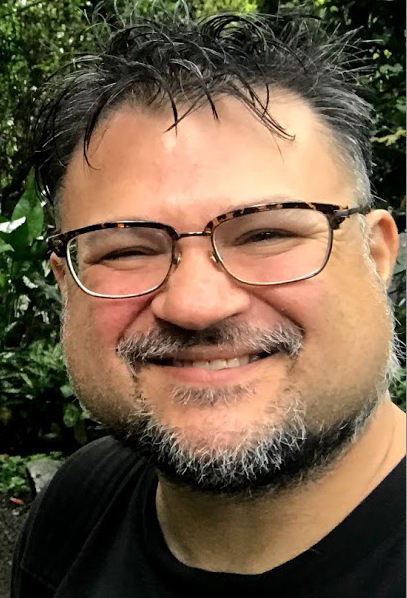 The Rev. Joseph Santos-Lyons is a biracial Chinese and Czech writer, organizer, and community minister. He is based in Metro Manila, the Philippines, and is developing a cohousing retreat and UU chapel in Antipolo City.

The new president of the UU Church of the Philippines is breaking new ground.