Heading up to his hilltop lodging for the weekend, Chris Heinrichs beamed while discussing the biannual gathering of more than a hundred Unitarian Universalists he and his wife, Peggy, were attending. “We never want to miss it because it’s amazing to have these deep relationships with people, to watch their children grow, to be a part of this community,” he said.

At a glance, this could have been any UU retreat. Cars from various regions filled the parking lot. Later, adults headed off to workshops on faith, diversity, and inclusion. Young children created art while a cluster of teens shot pool. During the Sunday morning service, members dropped bills into the offertory basket.

But here, in Spa, Belgium, the license plates in the parking lot were from Germany, the Netherlands, Switzerland, France. The workshops on diversity and inclusion focused on Muslim refugees and German Unitarians, while the children and teens arrived from Switzerland, Germany, France, and Romania. Instead of dollars, euros filled the collection baskets. And the Heinrichses? The former German residents flew in from their home in California to attend their twenty-sixth retreat.

Welcome to the fall gathering of the European Unitarian Universalists (EUU), a religious community as broad as its name implies. With about 160 active members, the group connects UUs and Unitarian fellowships in Europe. The majority of EUU members are American expats or have some connection to the United States through nationality, residence, or family, though some are Europeans drawn to the faith.

‘There’s a need to be with others who speak their language—literally and spiritually.’

The EUU officially formed in 1982, with activities dating to the 1960s. It includes ten fellowships, as well as at-large members. The International Unitarian Church of Prague is the largest, with sixty-six members, followed by the UU Fellowship of Paris with fifty-six, and the Netherlands UU Fellowship with forty. The smallest is Quest Stuttgart, working to grow its four-person group in Germany.

Most of the fellowships meet monthly, rotating lay leaders and visiting ministers; members can also connect online. The well-attended EUU retreats, held every spring and fall, offer UUs a chance to gather in person and attend a service with a visiting minister that resembles what they would find in a larger congregation.

“When we were in Kaiserslautern for sixteen years, we had seven to twenty people, so to have a full service at a retreat, with a choir, that was really special,” said Heinrichs, a retired Air Force physician. He and his wife returned to California three years ago and belong to the UU fellowship in San Luis Obispo. They bought a small apartment near family outside of Paris and schedule their European visits to coincide with EUU retreats.

“The people here feel like family,” Heinrichs said. “The group re-forms at every retreat. It always starts with the Joys and Concerns. That’s what connects us.”

The Heinrichses’ travel distance is unusual, but they weren’t the only ones to arrive from another continent. And while not every EUU member attends the retreats, those who do are a devoted bunch, with many coming for years if not decades, making the gathering its own community.

“It’s clear that for some, the retreat itself is their church,” said the Rev. Diane Rollert, who served as the fall retreat’s guest minister. Rollert, minister of the Unitarian Church of Montreal, was recently appointed the Unitarian Universalist Association’s ambassador to the EUU. (While the UUA plays a supportive role, the EUU is officially a dues-paying member of the International Council of Unitarians and Universalists.)

“Regardless of whether members attend retreats, what I’m hearing from people is there’s a need to be with others who speak their language—literally and spiritually,” Rollert said.

Some Americans seek out Unitarians and UUs in Europe before moving, like Brenda de Jong, who hit the ground running when she moved to Amsterdam in 1993. Her fellowship, which includes a UU-ordained minister, holds a monthly service, rotating themes and leaders. She also started a women’s group.

“Every year we have a druid service, a musical service, and next month, for example, we have a Dutch woman speaking who converted to a liberal form of Islam,” De Jong said. “Above all, we offer a place to be in spiritual community.” Unlike most EUU fellowships, the Dutch services see frequent American visitors. “Because we’re in Amsterdam, people show up from all over the U.S.,” De Jong added.

Others discover Unitarian Universalism by chance, such as Caitlin McGinn, a five-year resident of Germany. She found Wiesbaden Unitarian Universalists while browsing announcements at the U.S. Army base, where her husband, Ryan, is a civilian contractor. “Our first year in Germany was very lonely,” said McGinn. “When we found the UU group, suddenly we had friends. Of course there was the spiritual aspect, too. It was profound to be making friends on the same general path.”

Her twenty-four-member group, which was revived in 2013 with the partial goal of serving the military community, meets monthly on base but also holds a monthly discussion group off base. Members include expats and a handful of German nationals but no active military, leading the group to consider changing venues. “There is a discomfort for some about meeting on base, as if that implies you’re pro-war or pro-Trump,” said McGinn, who has volunteered with Democrats Abroad to register voters. “I struggled with that myself.”

Last year the Wiesbaden group held a joint service with the Unitarian Free Religious Community in Frankfurt at the urging of Daniel Leising, who hopes UU characteristics “modernize” his 800-member church. “Our members are too sober, too restrained,” said Leising, who became an EUU member during the fall retreat. “I want them to be more passionate, more emotional.”

Over breakfast, he shared how a visit to Rollert’s church in Montreal deepened his admiration for Unitarian Universalism, which most Europeans are not familiar with. “I was completely blown away,” he said. “Beautiful building, a child dedication ceremony, a lesbian couple announcing their engagement, a moving sermon. And they’re doing this every week? This is exactly what I wanted.”

Recently, the EUU has begun co-sponsoring some gatherings with German Unitarians, with future hopes of spreading Unitarian collaborations continent-wide. Several forms of European Unitarians have existed for centuries. While they share many values with Unitarian Universalism, most are generally considered to be Christian, hence the EUU retreat attendees’ discussion of religious diversity.

The move to collaborate with European Unitarian churches represents a shift in the EUU, said its president, American Carolyn Burlingame-Goff, who has lived in Heidelberg since 1993 and is married to an Englishman she came to know at the retreats. “For a long time, the EUU simply served as a stopgap for Americans looking for a spiritual home while they were in Europe for a few years,” she explained. “Now an increasing number of us are lifers. And to some extent, it’s generational. Younger people are longing for a way to make cross-cultural connections.”

In 2017, the spring retreat was cohosted with the German Unitarians, and the EUU later decided to cohost its spring retreat in 2019 and 2021, with a view to developing a continental biannual conference going forward.

Some EUU members have expressed discomfort with the European Unitarians’ Christian leanings, while others say it’s more important to seek commonalities, that building bridges can be seen as a type of social action. For Wiesbaden fellowship member Bonnie Friedmann, “it’s important to connect with other like-minded religions and find out what we share. Together we might help the world become a better place.”

Social justice is a focus throughout the group. The Rev. Mark Shiels, minister of the English-speaking International Unitarian Church of Prague, which recently became an official EUU congregation, said that social action is “the reason for being.” The congregation, which includes English-speaking expats (Shiels is Irish and lives part time in London) and internationally minded Czechs, works to assist Roma people, an ostracized ethnic minority.

Environmental activist and UU Fellowship of Paris member Diana Smith said she hopes to form a network of EUU social action groups to share information and strategies. “The idea is for people to be more involved in their communities, although sometimes that can be difficult with language barriers. But doing so increases our chances of close, meaningful relationships with people.” 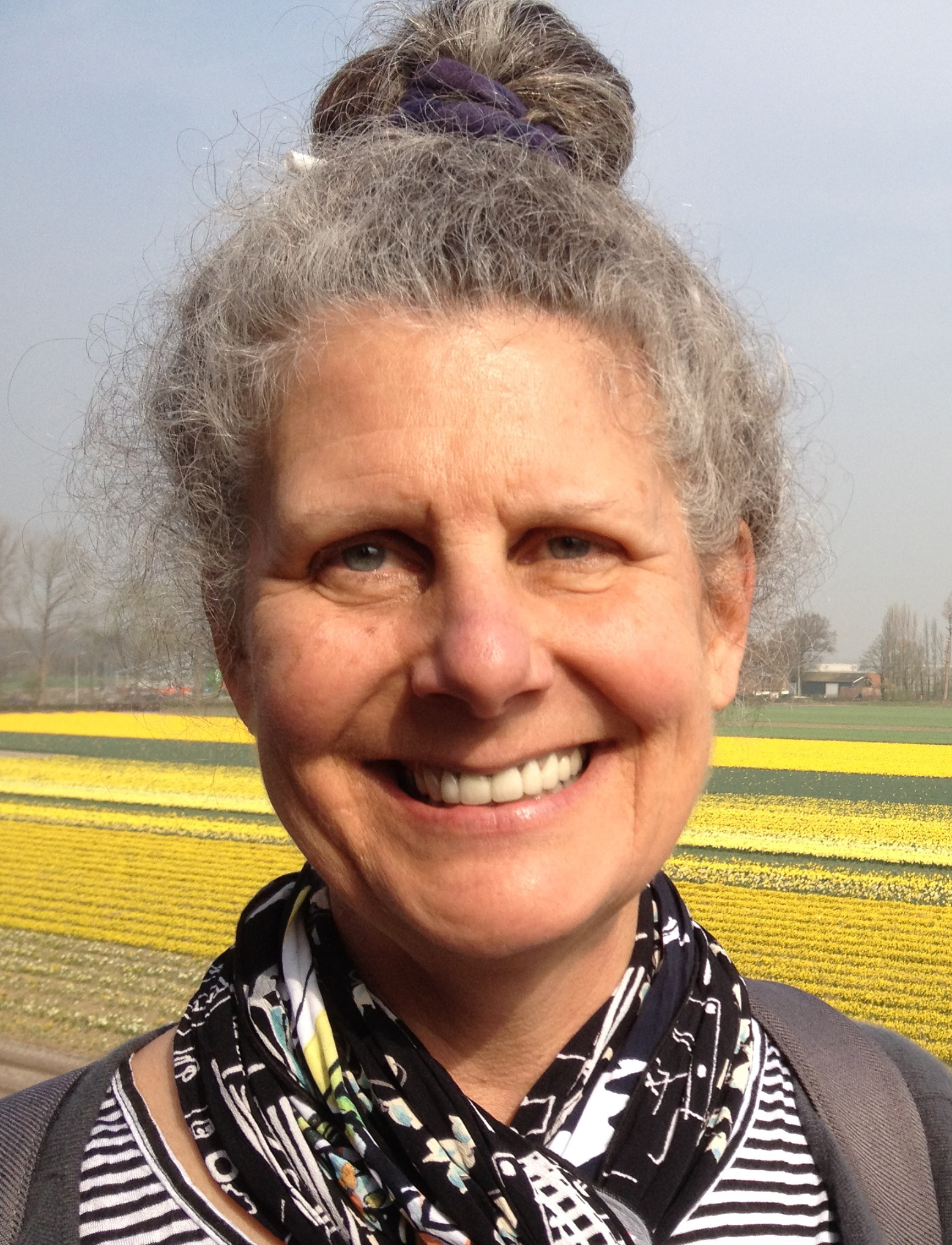 I see my Unitarian Universalist and southern identities as strengths and gifts, not contradictions.