The gift of playing God

What if 'playing God' called to mind our liberal theological ideas rather than an all-powerful deity?

Barnaby Feder | 10/11/2010 | Fall 2010
The gift of playing God
The gift of playing God
Barnaby Feder
10/11/2010
UU World Magazine Fall 2010 , published by the Unitarian Universalist Association
Forum
We met in the emergency room of the New Jersey hospital where the ambulance had taken her elderly father. He had suffered a stroke and, en route to the hospital, a cardiac arrest requiring a life-saving jolt from the emergency rescue team’s defibrillator. The doctor was pressing her for instructions on whether to try to revive him if his heart stopped again. I was one month into my chaplaincy-training program.

“He’s on life support, but I’m not sure exactly what that means,” she told me. “I feel like I am being asked to play God.” Then she began to cry.

“Maybe it would help,” I said, “if you can think of this as being given the gift of playing God. Is there anyone who loves him more, who cares more about doing the best thing for him, than you?”

Our encounter confirmed what I knew already from my previous career as a New York Times technology reporter: We need to talk more often and more thoughtfully about what it means to “play God.” It is a topic we usually confine to the world of video games and Hollywood. Avid Star Trek fans may recall, for example, the “Playing God” episode of Star Trek: Deep Space Nine, in which the crew faces a tough decision about whether to kill a fast-growing embryo of a universe that in theory could one day supplant our own.

The God we fear playing is generally imagined to be an omnipotent and almighty being who intervenes to control the fate of individual human lives and entire nations. Like the woman in the hospital, we associate playing God with individual life-and-death decisions. The God we play—or fear playing—has little in common with the theologies that dominate worship in most Unitarian Universalist congregations today. Nevertheless, when we fret about playing God, we retain the old concept of the supernatural God as a useful metaphor for expressing our uneasiness.

Technology is not only making life and death medical decisions more common. We also “play God” when we exercise previously unimaginable creative powers, such as making plants that manufacture their own pesticides. We make the lame walk again, the deaf hear, and the near-blind see. Impregnating virgins, technically speaking, is child’s play for a fertility clinic. What the technology skeptics among us are really saying, like Wendell Berry, is that “ignorance of when to stop is a modern epidemic.”

We are just beginning to fully comprehend technology’s potential to fundamentally reshape us. The process began long before we could possibly have understood it, as George Dyson pointed out in his wonderful book Darwin Among the Machines:

We are the brothers and sisters of our machines. Minds and tools have been sharpened against each other ever since a scavenger’s stone fractured cleanly and the first cutting edge was held in a hunter’s hand.

What’s hard to keep up with is how that interaction is accelerating and how broadly it is blurring our identity as humans. For instance, Unitarian Universalists proclaim the inherent worth and dignity of every individual. What does that mean in an era of cloning and fictionalized representations of ourselves on the Internet? You don’t have to understand how these technologies work to grasp the questions they raise about the boundaries of your identity and those of anyone you might encounter. And does new technology alter—and sometimes strain—our relationships within the web of creation we say we affirm? Electronic gadgets that tie us remotely to work distract our attention from the people who are actually physically around us. Does this dehumanize them and us? In the developed world—and increasingly in regions where hunger is still widespread—we have shaped our very diet to what our machines can grow, process, and distribute most efficiently.

Because we do not really understand our relationship to technology, we see ourselves as essentially the same as generations of people before us. That may be true of each of us as individuals, but not of humanity collectively. As Bill McKibben put it in an essay on climate change: “Humbly we believe the world is big and we are small. This humility is attractive, but it is . . . no longer useful.”

Could humanity flood the whole globe, as the biblical Yahweh of the Noah story and other gods in other religious tales reportedly did? No, but we might flood vast, densely populated regions through our contribution to global warming. And our arsenal of nuclear weapons is certainly capable of killing off all of what we call “higher life forms,” including ourselves. One by one, we acquire astounding powers, both destructive and beneficial, that the authors of the Bible and other ancient texts associated with miracles and divine beings.

The best way to grasp where we are headed is to get acquainted with nanotechnology. Don’t let the geeky name scare you. Nanotechnology encompasses a fast-growing collection of manufacturing skills and products in which the key dimensions are measured in billionths of a meter, or nanometers. The word microscopic does not even begin to tell you how small that is. If you want a rough idea, the average hair is about 80,000 nanometers wide. When you hear about scientists moving genes—the blueprints for life—from one type of animal or plant to another in various types of genetic engineering, you are hearing about a form of nanotechnology. Indeed, almost everything important that happens within and between living cells is measured in nanometers. Not only that, but most of what happens inside the microchips that run our electronics also depends on nanotechnology.

In short, the nanorealm is an ideal dimension for playing God. Having found our way into it, I am convinced we will never willingly turn back. Anyone who has ever watched a baby take its first steps knows that we are wired to take risks, to move forward in new ways that seem promising no matter how much we wobble and fall in the beginning.

So how do we prevent planet-wide disaster and limit the inevitable traumas of plunging ahead with new technology? As with nuclear power, we must be concerned with potent nanotechnologies falling into the hands of people with evil motives. As the Gulf of Mexico oil disaster reminds us, we run huge risks when profits are put ahead of safety. We must also press for regulatory and management systems that recognize that even good people occasionally make awful mistakes when they are under pressure. And we must act in the knowledge that we often fall short of our good intentions through ignorance or simple laziness.

I despair of reaching these goals, though, unless we transform our “playing God” to “playing for God.” Not God in the old biblical sense: Think God in the sense of a holy spirit born out of our evolution. The spirit never intervenes supernaturally in our lives. It does, however, constantly nourish the divine element in us that recognizes love and justice. Such a God, in my view, is sacred and worthy of our worship.

There is guidance for us in a folk tale whose origins have eluded me. In this story, we meet a group of gods worried that human beings are relentlessly encroaching on their realm. They want to hide their remaining secrets. Finally one suggests that the secrets be placed in the humans’ hearts. “That is the last place they will look,” he says.

This story makes sense if you picture your UU heart as the ancient Hebrews saw theirs—the seat not just of emotion, but also of thought and spirit. We will need to heed all of the divine impulses in such hearts to remain the masters of our technology. It is not just how we use machines but their very design that reflects our morality and values—think of that when you see wheelchair accessible buses, which were unheard of a generation ago. If humans are at heart as good as UUs profess to believe, our intelligent machines can be designed to be good as well. Playing God is the role to which we were born. Playing for the God of holy hearts is the task to which we are called. 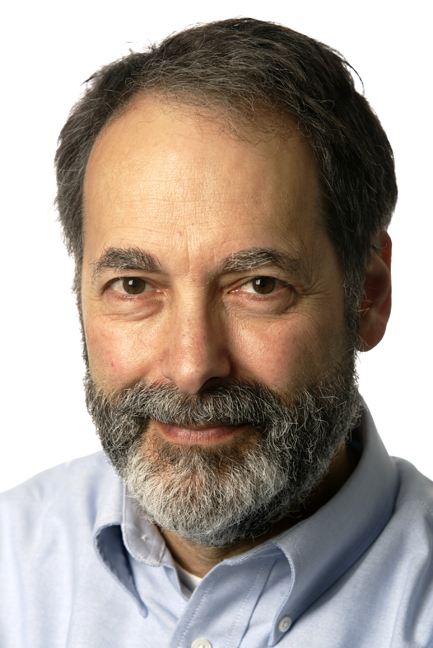 Barnaby Feder, a lifelong Unitarian Universalist (UU), was a New York Times business and technology reporter for more than 27 years before entering Drew Theological School in 2008. He is starting a ministerial internship at the Morristown, N.J., Unitarian Fellowship in 2010.