A practice of relationality

Prayer creates relationship where otherwise there might be none.

It’s a beautiful, picturesque fall day, with gold and brown leaves blowing about in the crisp, cool air. Milton Academy’s football team is on the field, about to begin a game against one of their rivals, and my supervisor, senior chaplain at the school, and I, a minister in training, are invited onto the field to lead the team in prayer. As my colleague does so, speaking to the team’s hopes and longings for this particular game, I find myself engaged in an internal monologue of critique: Does God really care who wins a high school football game? If he/she/it does, I’ve got a lot of problems of my own that I could use some help with. And by the way, what about larger social issues like starving children, etc.?

This was a monologue born of pain. As a child and teenager raised as a conservative Hindu, prayer was a ubiquitous part of my spiritual upbringing. When I was 3 years old, I prayed fervently for a little brother, and lo and behold, like magic, a little brother came into my life. To my child’s mind, this magical outcome meant that prayers are heard and answered.

With this hope in my heart, I became a deeply religious teenager. I kept weekly fasts; engaged in deep, heartfelt petitionary prayer; visited the temple on my own to make offerings; and tried to be the best Hindu I could possibly be. I knew that I had homosexual feelings, and I desperately did not want to be gay, because being gay would mean that I could not fulfill the cultural expectations of my heritage or my family, and so I earnestly tried to pray the gay away.

That didn’t work. And when it didn’t, I was left feeling hurt and deeply disappointed in God and prayer. I discarded both as unnecessary for my life; I decided in my early twenties that I could be a spiritual, even devout, human being without God or prayer in my life.

And eventually I found myself a Unitarian Universalist minister in training, who did not believe in either God or prayer, on the football field of Milton Academy in a dismissive and highly judgmental frame of mind.

I had chosen to enter the vocation of spiritual leadership with no personal relationship, other than that of rejection, to two of the most common concepts in the field of religion. Certainly, within Unitarian Universalism, it is more than possible to enter religious leadership from such a vantage point; the breadth of spiritual diversity of Unitarian Universalism spans from ethically grounded atheism all the way to devout theism and includes virtually everything between and beyond these concepts.

The summer after that day on the football field, my training continued as a chaplain at a children’s hospital, a level one trauma center in Washington, D.C. I encountered daily some of the most heartbreaking circumstances that one can step into as a human being: families facing the loss of young children and infants. These families often asked if I would lead them in prayer. Practically ambushed by the universe, I suddenly found myself praying again. Not for myself but for others, because it mattered to them, regardless of what I thought about it. I witnessed how we human beings pour our hopes into prayer—at times pleading for a change in circumstances, hoping for an impossible outcome, but also at times simply as a way of being in relationship with the circumstances that we are wrestling with. I began to see that prayer can be a form of acknowledgment and a form of personal processing.

Some years later, as I was in ceremony with a shamanic practitioner, I found myself in circumstances that were new and, in their unfamiliarity, somewhat overwhelming. My response, at that moment in ceremony, was equally unexpected: I found myself shouting a soul-felt, deep-seated cry of prayer, a prayer that was literally my only response to the darkness and fear that I was experiencing. In praying so, I was not expecting my circumstances to change. I just wanted to give all that I was trying to quietly hold inside of me back out to the universe and, secondarily, to anyone willing to bear witness. Prayer, I realized that day, need not have anything to do with magical solutions to one’s predicaments. It can be a form of communication.

Prayer has power. Not prayer in a child-like, praying-for-goodies kind of way but prayer as a form of sacred conversation. It is a way that we speak our own truths to ourselves, in vulnerability and honesty. It is a form of reaching out to other human beings, at times implicitly inviting them to witness our hopes, gratitude, sadness, fear, and other realities, and at other times implicitly inviting others to show up for or with us, in either support or celebration. It is a recognition of our finitude, a profound act of humility in an age of unapologetic arrogance. We step into and name the limits of our individuality, offering our hope, gratitude, sadness, and fear back out to all that exists, not necessarily expecting intercession but acknowledging the depth of our circumstances, the limitations of our control, and the reality that we all need help now and again. Prayer helps us communicate with the Cosmos; it creates relationship where otherwise there might be none.

This essay is excerpted with permission from Conversations with the Sacred: A Collection of Prayers, edited by Manish Mishra-Marzetti and Jennifer Kelleher (Skinner House, 2020). 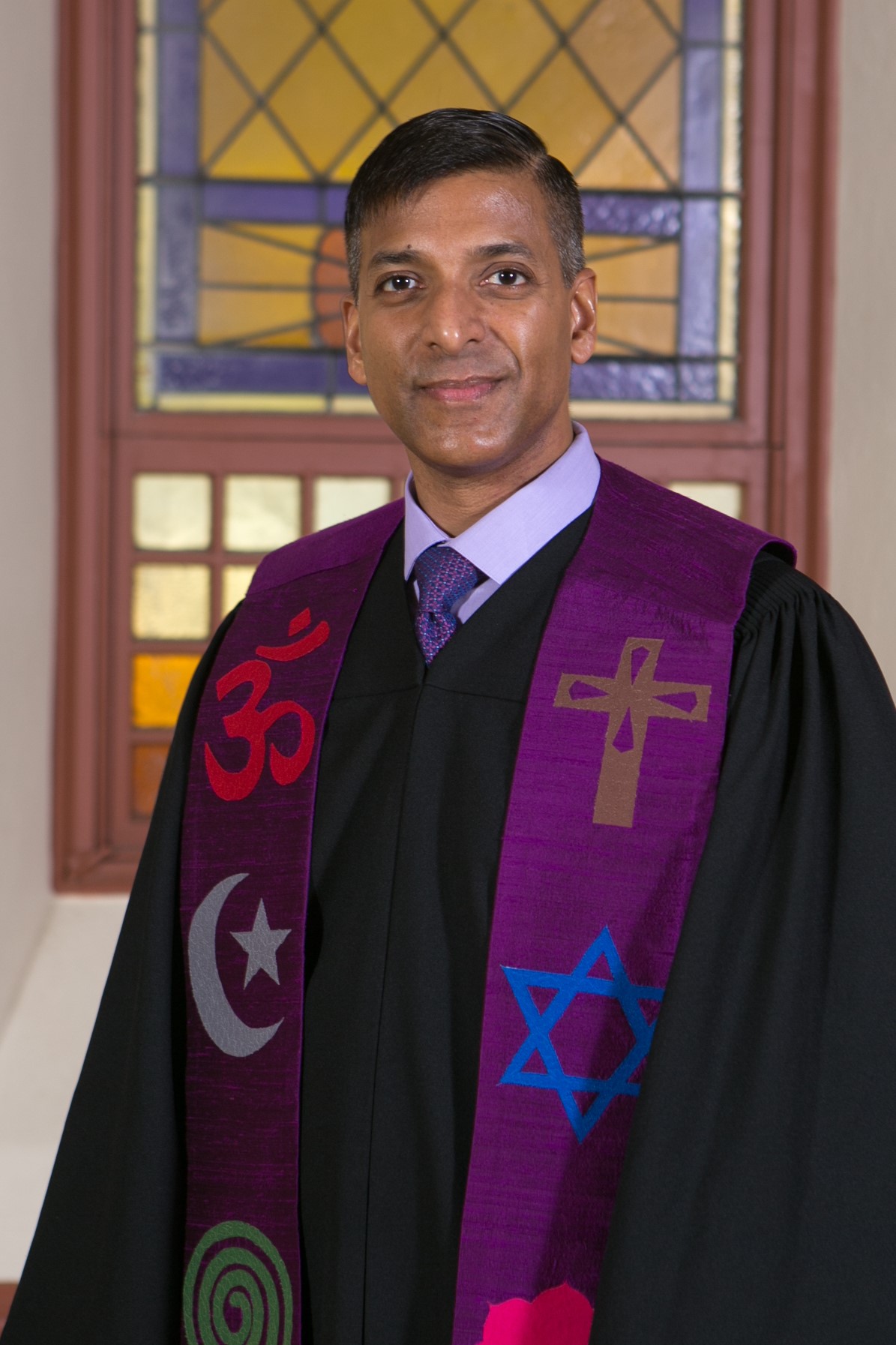