So much for a tranquil ten minutes in the garden.

Tracy Springberry | 8/8/2011 | Fall 2011
The raucous gardening fairy
The raucous gardening fairy
Tracy Springberry
8/8/2011
UU World Magazine Fall 2011 , published by the Unitarian Universalist Association
Life
Families & Faith Development, Personal Inspiration
My attempt at a tranquil moment weeding in the yard before bed seemed a twisted joke when my five- and seven-year-old sons went back to the house, found the pointy adult kitchen shears, and after a few moments of harmlessly cutting and eating chives, began jabbing them at each other.

“Not to hurt each other,” Mercury, the oldest, protested indignantly as I grabbed the scissors.

I clenched my teeth. It had been a long day. That morning the boys had woken just as I was slipping out of bed for a few moments of quiet. They’d mounded like puppies in my bed, wriggling and wrestling, at first joyful with the fight, but within moments Nashua’s elbow jabbed hard against Solly’s face and Solly bit him. After I calmed them and put Solly in time-out, they wanted escorts to the bathroom, glasses of water, and breakfast.

Now it was evening. The day had been irritatingly hot as I poured drinks and pulled fighting boys apart again and again, and I craved those few moments of cool quiet time I’d missed that morning. I would, I simply would, have ten minutes without conflict, in peace, weeding my corn, which was, at this point, no longer visible.

I put the scissors up, way up, and grabbed Mercury and Nashua by the arms and yanked them over to the corn bed. “We are gardening,” I said, and added, “together, as a family,” not because I wanted to but because I clearly couldn’t let them out of my sight.

“How boring,” said Mercury, who had reached an age when he could tell the difference between a vegetable and a weed and had some weeding experience.

“Oh well,” I said. And there must have been something very special about the way I said it, maybe the angry hissing sound, because he sat down and began tugging out the leafy, green, foot-tall pigweed.

“Nashua and Solly, take these weeds to the goats.” I indicated a pile I had already pulled. They also decided to take me seriously. They picked up a few weeds and ran the short distance to the goat pen.

The evening was a perfect late-June eastern Washington evening. The earth breathed again after the hot day. Coolness pooled near the ground and blew gently on my skin. The earth oozed a rich, deep, primal smell that all day had been masked by the brittle dustiness of heat. I breathed deeply. Pine forests cast long shadows across the fields. Minutes stretched. When I was a child I used to walk in the forest on such evenings, nearly past my bedtime, to see the flowers and look for fairies. And while I’m not particularly inclined to believe in fairies anymore, something magical happened this June night.

Mercury began to concentrate on freeing our little corn, squash, and bean plants from the thick green mass that now completely covered the garden. He sought the tiny bean plants under the lushness and untangled the spindly squash vines that had curled themselves around the monstrous pigweed.

We could barely keep Nashua supplied with weeds for the goats, and he was impatient if we did not have a pile big enough to warrant a trip.

“I am feeding the goats a good dinner,” he informed us. “I tell them, ‘Here is cream pie.’”

“We are rescuing the good plants from the bad plants,” Mercury told me, raising his arm above the weeds. “We are an airplane heading for the attack.” His arm dove into the weeds.

“The goats are gobbling up the bad plants,” he told us on his next return.

“The bad plant are bombs,” Mercury said. “We are transporting them to the giant pen where giants without arms destroy them.”

I kept weeding, enjoying the air on my skin, happy the boys were engaged. Then I noticed that yanking the monstrous plants did seem like destroying an enemy. Freeing the tiny plants, yellowed and stunted from their life below the weeds, did feel like liberating them from a dark enemy prison. “We welcome you to the world of sun and water,” I said to a tiny bean plant I’d found hunkered against the dirt.

The boys embraced my addition to their game and began welcoming their plants to freedom. Suddenly we were all involved in a full-fledged war. Our airplanes dove and attacked in mid-air. They dropped bombs. Ground forces drove back the approaching cavalry. These armies hacked giant warriors and felled mighty fortresses. We all cheered on the goats, who ripped voraciously into the piles of weeds, doing the final destruction.

We weeded faster and faster, anxious for an ultimate victory. Row after row of plants sprang free from the oppression of dark, viciousness, and evil.

“This is the funnest farming activity ever,” Nashua said.

“I never want to go in,” Mercury told me.

The evening darkened, and I suspected it was past nine. The youngest began to get fussy. I broke the news to the boys that it really was bedtime.

They were so happy they did not care. Tomorrow, they said, we can save the good guys from the bad guys again. I reluctantly began to get ready to go in too. This half hour had been the most relaxed, happy, family time of the day, even though it was nothing like my image of tranquil garden time. If there was a fairy responsible here, it was not one of those tiny ballerina-like fairies with wings I always sought under flowers. They never play war games. No, our fairy was a big muscular fairy with a twisted grin who laughed a raucous laugh and bathed regularly in squirts of testosterone. But he still knew about peace, so I shrugged, threw my visions to the night air, and said “thank you” for what was.

Excerpted with permission from Chaos, Wonder and the Spiritual Adventure of Parenting, edited by Sarah Conover and Tracy Springberry (Skinner House Books, 2011). 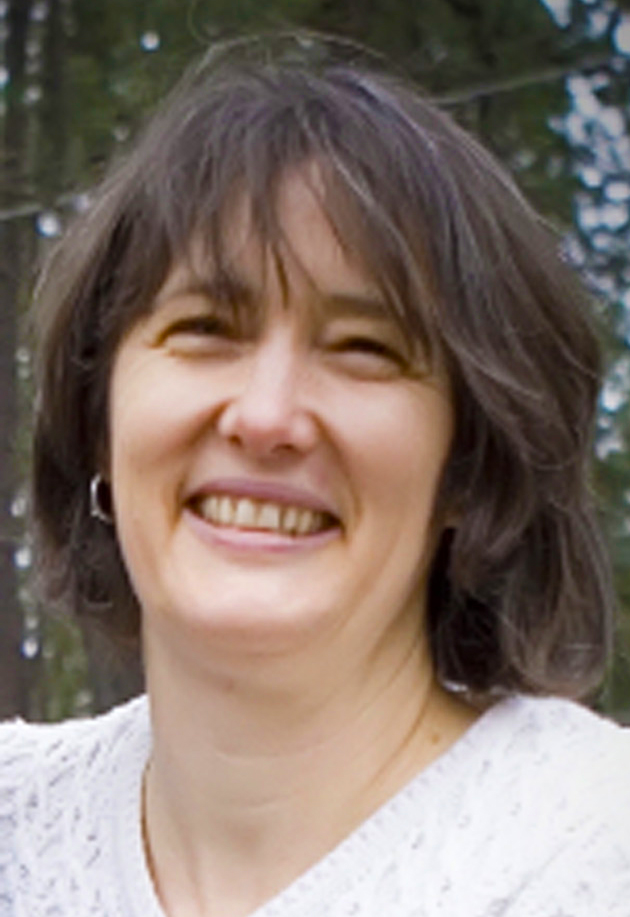 The Rev. Tracy Springberry is a minister and writer and a member of the Unitarian Universalist (UU) Church of Spokane, Washington. She is co-editor of and a contributor to Chaos, Wonder and the Spiritual Adventure of Parenting: An Anthology (Skinner House Books, 2011).