A clear-eyed understanding of our religious differences may be the best hope for promoting cooperation among different religions.

Dan Harper 9/20/2010 Fall 2010
Do all religions share a common thread?
Do all religions share a common thread?
Dan Harper
9/20/2010
UU World Magazine Fall 2010 , published by the Unitarian Universalist Association
Bookshelf
UU Theology
“All religions are one,” said poet William Blake; Huston Smith, the well-known philosopher of religions, said, “It is possible to climb life’s mountain from any side, but when the top is reached the trails converge.” Many of us Unitarian Universalists want to believe just this. We tend to be religious pluralists who want to promote dialogue and cooperation between religions. We want different religions to share a common goal, to make it easier to work towards interreligious cooperation.

Boston University religion scholar Stephen Prothero’s new book, God Is Not One: The Eight Rival Religions that Run the World—and Why Their Differences Matter, bluntly refutes the notion that all religions share a fundamental goal. In the very first paragraph of his book, Prothero says that Smith is wrong, because the world’s major religions have quite different goals. Prothero also contradicts Swami Sivananda, who said, “The fundamentals or essentials of all religions are the same.” To which Prothero replies, “This is a lovely sentiment, but it is untrue, disrespectful, and dangerous.” The only way towards cooperation is through understanding our real differences.

Different religions are responding to different problems, says Prothero, and therefore each religion offers a different solution. For example, Christians identify the problem as sin, and the solution is salvation; for Buddhists, however, the problem is suffering and the solution is nirvana. In addition, each religion has different techniques for moving from problem to solution, and different exemplars who show us how to get to the solution. Christians use the techniques of faith and good works, and Christian exemplars are saints or ordinary people of faith. But Buddhists use the techniques of the Eightfold Path, and their exemplars are arhats, bodhisattvas, or lamas.

I find Prothero’s four-part approach for differentiating religions—a problem, a solution, techniques, and exemplars—to be simple and memorable. Some people have criticized Prothero’s approach for being too simple; a recent review in The Christian Century takes Prothero to task because he doesn’t delve into his philosophical assumptions. But Prothero’s book isn’t a scholarly treatise; it’s a survey course in religion designed for the average intelligent layperson. It covers the broad field of world religion in one book, which means it skips over many details and leaves some topics out.

The bulk of the book gives us an easy-to-read survey of eight major world religious traditions, including Islam, Christianity, Confucianism, Hinduism, Buddhism, Yoruba religions (which originated in Nigeria), Judaism, and Taoism. Prothero devotes one chapter to each, in which he presents the central problem each religion addresses, its solution to the problem, its techniques, and its examplars. For Confucianism, the problem is wresting order out of chaos; for Yoruba religions the problem is remembering one’s true purpose in life. Prothero is careful to point out the differences between these eight religious traditions: Muslims believe in one god; Hindus believe in vast numbers of gods and goddesses; followers of Yoruba believe in a vast pantheon of powers, including some who used to be human beings; Confucianists are religious humanists. Prothero is also careful to point out the differences that exist within each religious tradition: When speaking of Christianity, for example, we have to distinguish between Orthodox Christians, Roman Catholics, Protestants, Mormons, Pente­costals, and many other kinds of Christians.

Even if we forget the specific characteristics of each religion, Prothero wants us to have a sense of the world’s religious diversity. Though he assures us that religions have quite different goals, Prothero believes that “a clear-eyed understanding of the fundamental differences” between religions is our best hope for getting people from those religious traditions to be able to work together.

In sharp contrast to Stephen Prothero, the Dalai Lama believes that all religions have a great deal in common. In his new book, Toward a True Kinship of Faiths: How the World’s Religions Can Come Together, the Dalai Lama begins by saying that when he was growing up, he thought his own Buddhist religion was the best religion in the world: “I thought that there simply could not be any other faith tradition that could rival the depth, sophistication, and inspirational power of Buddhism.” But as he met serious practitioners of other religious traditions, particularly after he fled Tibet and went into exile, he changed his opinion.

In the late 1960s, the Dalai Lama met Father Thomas Merton. Merton was a Trappist monk who explored Eastern religious traditions and wrote eloquently about his practice of Christianity. Merton believed he could remain true to his Christian monastic commitment while also learning from Buddhist and other religious disciplines. The Dalai Lama came to believe this was also true for Buddhist monks like himself: He could learn from non-Buddhist religious practices and disciplines while remaining true to his Buddhist commitments. In his book, the Dalai Lama describes how he has encountered practitioners of other religions, including Christians, Muslims, Jains, and Jews, and how he has participated in non-Buddhist religious rituals. (He was even invited to participate in the Great Kumbh Mela, a Hindu gathering that takes place on the banks of the Ganges River once every twelve years.) All his experiences left him with a growing sense of a common thread running through all great religions.

What is this common thread? He came to believe it is compassion:

It is my fundamental conviction that compassion—the natural capacity of the human heart to feel concern for and connection with another being—constitutes a basic aspect of our nature shared by all human beings, as well as being the foundation of our happiness.

Needless to say, Prothero disagrees that compassion is the “one truth” that underlies all faith. When the Dalai Lama wrote an op-ed piece for the New York Times based on his new book, Prothero replied with a post on CNN’s “Belief Blog” titled “The Dalai Lama Is Wrong,” where he wrote: “Followers of the Dalai Lama revere him as a reincarnation of Avalokiteshvara, the bodhisattva of compassion. So it should not be surprising that he sees compassion at the heart of all religions.” Sometimes we can’t see our own bias, and this, says Prothero, is one of the dangers of religious universalists like the Dalai Lama.

Patton wanted to point out the commonalities of religions in several ways at the Charles Street Meeting House. He believed that art was universal to all religions, so one feature of the Meeting House was a collection of religious art, with paintings and sculptures from a variety of religious traditions. In the “auditorium” (as Patton called the sanctuary), the “Bookcase of Original Bibles,” which held “original scrolls and books from the world religions,” stood behind the pulpit. Patton wanted to show that every religion had the equivalent of a Bible.

Beyond finding presumed commonalities, Patton advocated a creative eclecticism. His book describes how he incorporated innovative ideas into worship services, like a service that featured an interpretation of a pagan maypole dance as performed by a modern dance troupe. A Religion for One World details how Patton installed an expensive sound system in the Meeting House so he could use recordings of Western music, as well as ethnographic recordings of non-Western music. His eclecticism included science as a kind of religious expression: A painting of the Andromeda Nebula formed a backdrop for worship services, and a fanciful sculpture of an atom hung in the middle of the main hall of the Meeting House.

Patton’s experiments in worship at the Charles Street Meeting House were brilliant, and some still serve as inspiration for many Unitarian Universalist ministers and worship leaders today. Not only was he chair of the committee that produced the newly-formed Unitarian Universalist Association’s first hymnal in 1964, but I and others believe that our present use of the flaming chalice had its origins in the Charles Street Meeting House: At the beginning of each worship service, Patton lit a flame in a lamp the shape of which was based on Graeco-Roman forms, and photographs in the book show that this lamp looked very much like early flaming chalices.

Despite his creativity, however, Patton did not succeed in his goal of creating “a religion for one world.” The very assumptions of A Religion for One World were shaped by the Protestant Christian heritage out of which Universalism came. The bookcase in the Meeting House contained, not sutras, sagas, epics, or Torahs, but “original Bibles.” And the Charles Street Meeting House gathered on Sundays, unlike Jews who meet on a different day, or Hindus who don’t have weekly worship services in the Western sense.

Furthermore, his approach to religion was unlikely to attract more than a tiny percentage of the world’s population. Although he emphasized the application of the scientific method to religion, he also admitted that for many people “an experimental religion would seem worse than no religion at all.” Nor does it feel as though he really believed that he would succeed in his experiment. When he writes, “We are testing to see whether an experimental religious society can survive and develop,” we sense more than a little doubt in his words. Indeed, five years after his book was published, Patton was serving another congregation, and in another five years the Charles Street Meeting House had faded away. So ended our experiment to become a “universal religion.”

Even though many of us Unitarian Universalists still want to believe in a common thread running through all religions, when I re-read Patton’s A Religion for One World it seems obvious that we cannot somehow transmogrify ourselves into a universal world religion by incorporating bits and pieces of other religions into our religion. Nor can I fully agree with the Dalai Lama that compassion is the common thread running through all religions; even if I did believe in some common thread, as a Universalist I’d want to say love, not compassion, must be that thread.

Stephen Prothero may well be on the right track: A clear-eyed understanding of our religious differences may be the best hope for promoting cooperation among different religions. This is not all that different from Huston Smith’s approach: Smith has been teaching people about different religious traditions for years. But unlike Smith, Prothero does not believe we have to try to identify some common thread running through them all. We can first learn about how other religions are different from ours, a task for our religious education departments. With a deeper understanding of our differences, we can begin to understand how to coexist peacefully, and then figure out how to work with other religions to make the world a better place. In short, we can start with religious education and head straight to social justice, without getting bogged down in the bottomless swamp of metaphysical speculation. 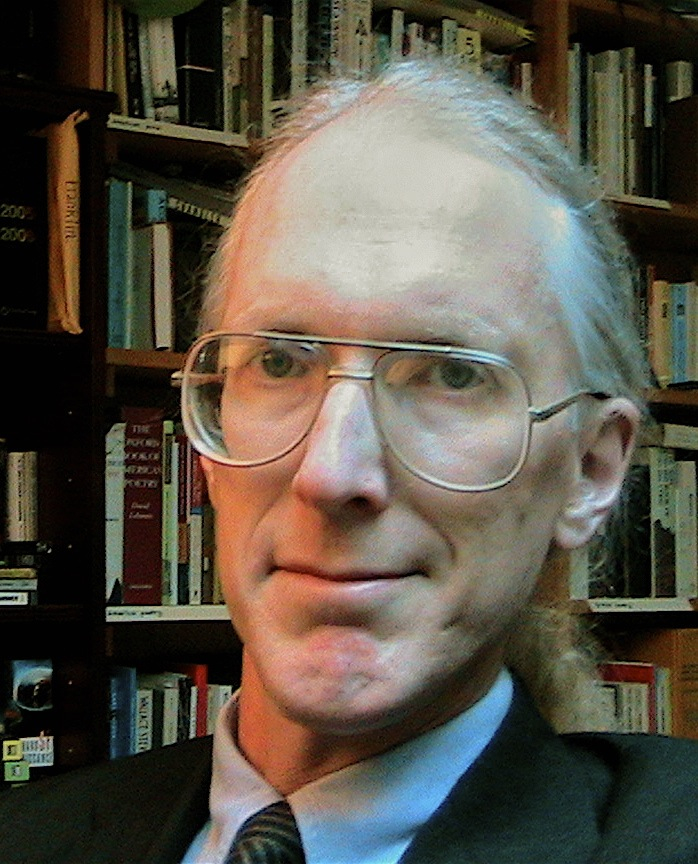