Religious community is not enough

Unitarian Universalism's purpose is much bigger than gathering with like-minded people for mutual support.

If your congregation defines its purpose as being a religious or spiritual community, it is time to think bigger.

Today’s Unitarian Universalists have largely settled on building religious community as our most important work. Our most distinctive rituals are the Water Ceremony and the Flower Communion, rituals in which we enact the many joining into the one: many streams into one pool; many diverse blossoms into one bouquet. We work at caring for each other, and listen intently as we share our stories. We try to be the village for each other’s children. It is hard, constant work, and there are moments when, in each of our congregations, our focus on building community seems to blossom into the experience of beloved community.

Religious communities are wonderful for the people who belong to them. But in today’s religious climate, many others are not interested in religious communities that exist just for the sake of existing. They think such groups are self-serving and obsolete. If the main work of a church is just to survive, “to uphold the tradition,” or to keep alive a beautiful old landmark building, there’s not enough reason to join.

“Being a community” is thinking small. Our ultimate goals and purpose cannot simply be about ourselves. Unitarian Universalists, like members of every other religion, are trying to change the world by encouraging people to live a different way. By word and by deed, Unitarian Universalists are trying to change people. It is time for us to acknowledge and proclaim this, and to see that building a religious community is but a means to that larger end.

Yes, we do think that liberal religion offers a better way to live.

We think that openness and hospitality are better ways to live than shouting, “Get off my lawn!”

We think that humility is a better way to live than “My way or the highway.”

We think that gratitude and generosity are better ways to live than “I got mine; you’re on your own.”

We think that compassion is a better way to live than “Here’s a quarter; go call somebody who cares.”

We think that honesty and living in truth are better ways to live than propaganda and denial and comforting stories.

We think that self-possession is a better way to live than following the crowd, or habit, or unconscious compulsion.

We think that awe and reverence are better responses to the world than “meh.”

Liberal religion has a purpose, and it is bigger than we think, and certainly bigger than gathering with like-minded people for mutual support.

I am not talking about what the elders used to call “social action” but is now called “social justice work,” although that is important. Our purpose is bigger than changing some laws, or ushering in a much-needed social reform. Rather, our purpose is to develop people who would care about an issue and feel the strength to act.

What I am talking about is related to the “missional” trend in Unitarian Universalism, in which people are committing themselves to living out our values in real, embodied, particular ways in specific communities, “to love the hell out of the world.” But how does a person reach the point where mission becomes their passion? Our purpose is to cultivate people who can feel such passion.

People often say that Unitarian Universalists are a bunch of baby boomers (like me!) stuck in the sixties. The truth is we are stuck in the eighties.

In the eighties, it became clear that the general culture was dominated by an aggressive conservatism openly hostile to liberalism in every form. The Rev. Jerry Falwell and the Rev. Pat Robertson were the faces of Protestantism. Pope John Paul II was the face of Roman Catholicism. Reagan and Thatcher were wildly popular. Megachurches were springing up everywhere. Conservative politicians vowed to make “liberal” a dirty word, and they succeeded. Gay men were dying and the president couldn’t bear to say the word “aids.”

How many times did you hear this story from other UUs back then? “Our kids were coming home upset when their friends told them that we were going to hell forever because we didn’t go to their church, so we decided to find a church of our own.” Unitarian Universalists wanted to gather into safe communities to support each other. In many ways we are still holding on to this legacy of hunkering down, providing gentle havens from the harsh culture outside, even though American culture is growing much more sympathetic to some of our values and ideas.

During the 1980s, a wave of lesbian, gay, bisexual, transgender, and queer persons came out in our churches or joined our rather staid religious movement. They had long been excluded from organized religious life, and Unitarian Universalists had set about making them welcome. Enough women had joined our ministry—overriding the prevailing homophobia that so gripped heterosexual men at the time—to make this transformation possible. As a consequence of this welcome, Unitarian Universalism was transformed by the presence, energy, gifts, and concerns of LGBTQ members. I believe they saved us from the decline and decay that affected the rest of the mainline churches.

Among the transformations was a new understanding of religious community. The religious community to be built in each of our congregations is the one that ought to be, the one that deliberately includes the formerly excluded. Our goal became to build on the experience of LGBTQ people who came out of our closet or in through the door, and realized that they could be themselves in this church. It followed that everyone should have that experience: the historically marginalized and oppressed, the disabled, the mentally ill, the chemically sensitive. Even those on the margins of traditional religious community—the children—are to be brought to the center. I doubt that any religious denomination, especially one formed out of such an elite subculture as UUs were, has ever set such an ambitious goal for itself: from snobbery to radical hospitality in a generation.

Of course, we fail to measure up, but inclusivity is the yardstick we now use.

Community is hard work, especially democratic, inclusive, safe, and just community. Building such community is the task that contemporary Unitarian Universalism set for itself while conservatives tried to restore the culture of the 1950s and demonized all who disagreed with them.

We are not living in the eighties anymore, and despite the clamor of increasingly marginalized groups on the religious right, many of our values are spreading. To take the next step we must build liberal religious communities, not as refuges, but in service to a larger goal: humanizing our culture and transforming the world.

Inclusion has been our goal. But inclusion is about “bringing in.” We should now be thinking about “going out.” Now we should turn ourselves inside out to turn the world upside down.

Transforming our culture will include many of the activities that are already a part of our UU lives, from inviting people to join our congregations to political organizing and volunteering for charity. These can all be parts of a larger cause: to build a culture of liberality, by encouraging individuals to live by the liberal virtues, such as openness and solidarity, respect for the truth, humility, reverence and awe, gratitude and generosity, and self-awareness and self-possession.

We aim to change the world by creating a humane culture that sustains all people. Not just in here, in our congregations, but out there, too. It happens when individuals make the decision to develop the habits of liberalism, when they develop liberal characters.

Transforming the culture is a matter of turning our congregations inside out—because we are already trying to promote liberal characters within our congregations, for each other and for our children.

Let’s start where we are.

Do this little experiment: every week, when you get home from Sunday service, notice and write down what you think about doing differently in the days ahead. What did the service, the sermon, the music, the people inspire in you? Perhaps you are thinking that you should get to know more of the children by name. Perhaps you want “to stop and smell the flowers” more, live with more reverence and awe. Perhaps return to a meditation practice, call an estranged relative, write a letter to the editor. Perhaps quit your job and join the Peace Corps. What kind of person did the experience of UU worship inspire you to be? In these aspirations are clues to our good news, the content of our UU evangelism.

How do we similarly inspire all those with whom we are connected outside of our UU community—our friends, our co-workers, the neighbors we see and the neighbors we don’t see, our fellow citizens, all the other passengers on our blue boat home?

We have to turn ourselves inside out to turn the world upside down.

A few examples: We teach an excellent curriculum about sexuality, Our Whole Lives, to our children and youth. It’s about the virtue of self-possession. Developing self-possession about sexuality is key to a healthy life. How many children and youth in your community would benefit from a program like owl? Why don’t we turn ourselves inside out and try to offer owl to the community at large?

What if our social media presence was not just advertising for ourselves, but a constantly flowing fountain of inspiration and cultural innovation? What if we thought of our community as not just the people who gather with us on Sunday morning, but all their friends, too, and all their friends’ friends and everyone who follows them on Twitter?

What would we say to them? We would say, “You matter. You are a child of God and you have a right to be here, to be yourself, to think for yourself. Listen for the truth, and speak it, too. Respect yourself and treat others with the same respect. Open yourself to the new and the unknown. Love your neighbor as yourself. Be thankful for all you have received and share it joyfully. Sing. Be the change you wish to see in the world."

This article appeared in the Winter 2013 issue of UU World (pages 30-33). Illustration (above) © Jing Jing Tsong/theispot.com. 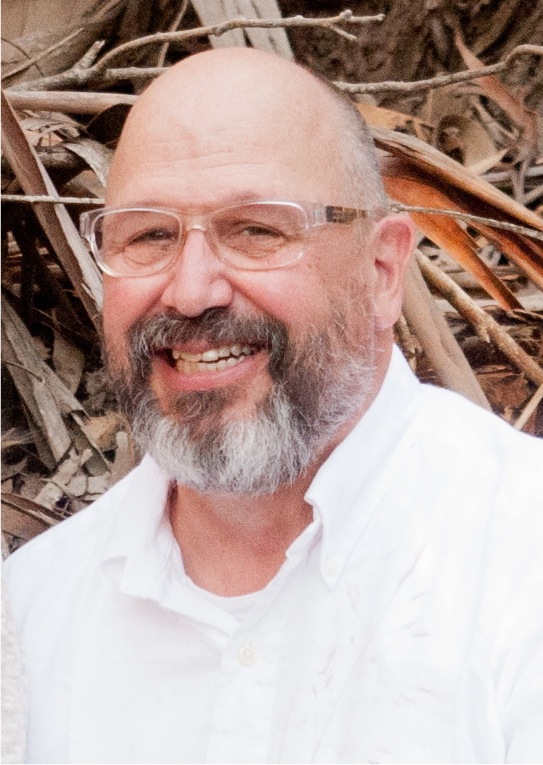 The Rev. Tom Schade retired in 2012 after serving for thirteen years as minister of First Unitarian Church of Worcester, Massachusetts. He lives in Providence, Rhode Island, and writes The Lively Tradition; follow him on Twitter at @tominma.