A reliquary of wood

Honoring the native hardwoods of Arkansas.

Douglas Stowe, a member of the Eureka Unitarian Universalist Fellowship in Eureka Springs, Arkansas, has been a self-employed woodworker since 1976. He describes this project as “a reliquary of wood” where “instead of the bones of a saint, the contents are turned samples of twenty-five different species of Arkansas hardwood. The idea is that housing them in a chapel gives the viewer greater opportunity to see their significance.”

In describing the reliquary, Stowe writes, “I made this piece for an exhibit of personal shrines. Various artists were asked to create ‘shrines’ illustrating the things that are important in their own lives. As a woodworker and environmental activist, I had watched helplessly as thousands of acres of Arkansas forest lands were bulldozed for development or pasture, and as the U.S. Forest Service in the late 1970s used chemical defoliants to kill hardwoods to prepare forest lands for faster-growing and more profitable species. Since that time, one of the missions of my work has been to share an understanding of the importance of forest diversity and the beauty and value of our native hardwoods.”

The piece isn’t all about seriousness, though, and even draws its inspiration from a popular children’s rhyme. “The pieces are removable for closer examination or for play,” writes Stowe. “The way the doors open was inspired by the children’s finger game, ‘Here’s the church, here’s the steeple . . .’” 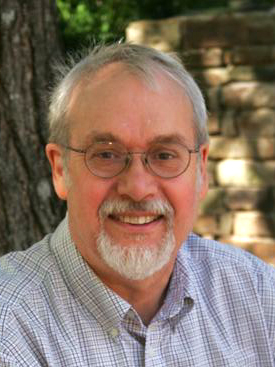 Doug Stowe, a self-employed woodworker since 1976, is a member of Eureka Unitarian Universalist (UU) Fellowship in Eureka Springs, Arkansas. He blogs at Wisdom of the Hands.