How often do we consider the well-being of the people who make and serve us our meals?

Jessie Bennett Spring 2014
Restaurant justice
Restaurant justice
Jessie Bennett
UU World Magazine Spring 2014 , published by the Unitarian Universalist Association
Ideas
Social Justice, Social Justice
One month last fall, one of the most-read articles in the New York Times was a profile of a 103-year-old man who has eaten out at a fine dining establishment in Man­hattan every night for years (he always orders the fish). While his habits might be steadier—not to mention more upscale—than most, Americans spend a huge amount of money on having other people prepare what we eat. These days we talk seemingly endlessly about the quality and provenance of that food, but how often do we consider the well-being of the people who make and serve us our meals?

In Behind the Kitchen Door, labor activist Saru Jayaraman uses experiences and data collected from Restaurant Opportunities Centers United, a national organization she cofounded, to examine the less-than-ideal norm of employment practices in the restaurant business. Jayaraman shares stories from a large and growing sector of our economy told from the point of view of the workers, who make up “7 of the 11 lowest-paying occupations in America.”

The picture she paints isn’t pretty: the national minimum wage for tipped employees, most of whom are restaurant workers, is only $2.13 an hour. To make matters worse, very few restaurant workers have access to benefits like health insurance or paid time off, even when they are sick. How do you like the idea of having your dinner brought to you by someone suffering from influenza? The book also illustrates rampant racism, sexism, and wage theft at all levels of the industry, from casual-dining chains to luxurious four-star establishments run by celebrities. The worst-paying jobs are largely performed by women, people of color, and immigrants, who find huge barriers to moving into the more lucrative, front-of-house and chef positions that provide a living wage. (Next time you’re eating out at a white-tablecloth restaurant, see if you notice a color line between the servers and the bussers, and whether women are relegated to the hostess stand.)

Jayaraman speaks respectfully and admiringly of her colleagues at Restaurant Opportunities Centers United, and she is deservedly proud of the successes they’ve achieved in actions against unfair workplaces. She applauds restaurants that thrive while paying a fair wage and serving wholesome food. But what about the hundreds of thousands of fast food chains, diners, and bistros where the status quo is pretty grim? Behind the Kitchen Door suggests that a better future for restaurant workers is possible, but will not come easily.

The Unitarian Universalist Association has picked Behind the Kitchen Door as its Common Read for 2013–2014. A discussion guide is online. The Common Read program invites participants to read and discuss the chosen book in a given period of time as a way of nurturing community through shared experience and meaningful conversation. 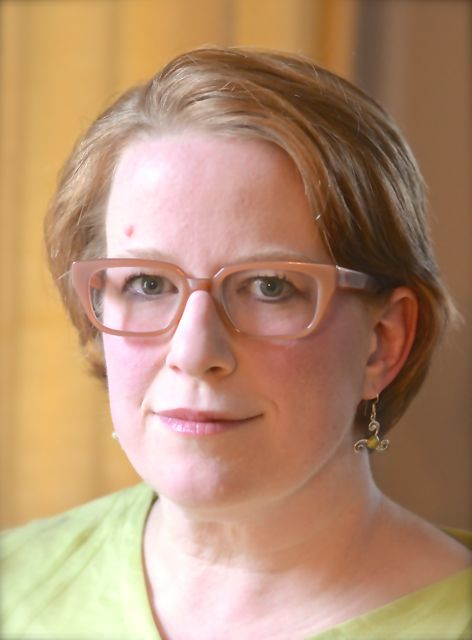 Jessie Bennett is a writer and social media specialist. She was the founding editor of Beacon Broadside, the blog of Beacon Press, and was assistant editor at Rain Taxi Review of Books.