'We want congregations to be as proud of being free of sexual harassment, abuse, and misconduct as they are welcoming of LGBTQ people.'

Kimberly French 12/1/2014 Winter 2014
Safe churches need policies and vigilance
Safe churches need policies and vigilance
Kimberly French
12/1/2014
UU World Magazine Winter 2014 , published by the Unitarian Universalist Association
Feature
“How many of you know someone who has been sexually harassed?” the Rev. Debra Haffner asked. Nearly every hand went up.

“How many know someone abused as a child?” she asked. “Someone who was the victim of clergy sexual misconduct?” Then she asked, “How many of you have been victims or survivors yourselves?” Everyone in the room raised their hand at least once.

Early on a gorgeous summer Saturday on Martha’s Vineyard this past August, Haffner, the president of the Religious Institute, was leading a workshop on sexual health for local church leaders. The Massachusetts island was clogged with sunbathers, bikes, dogs, and cars weighted with luggage; President Obama and his family were vacationing there, too, adding to the summer buzz. It was a heck of a time to drive up-island to a community center to talk about sexual abuse.

The 67-member Unitarian Universalist Society of Martha’s Vineyard had invited Haffner, a UU minister who specializes in sexual justice, for the week. The previous Sunday she had spoken from the pulpit about her own experience as a survivor of sexual assault. There had been some grumbling among congregants: “We don’t have a problem.” “This is not what summer’s about on Martha’s Vineyard.”

But when is it a good time to have these conversations? Hammering out policies to protect congregations from sexual abuse can reopen old wounds. It can ignite strong feelings. It can divide churches.

“This is the answer to why we have to do this,” Haffner told the group after the hand-raising exercise. “The reason we’re doing this is because it happens to us.”

Estimates of the number of women who have experienced sexual harassment in the workplace range from 40 to 70 percent. One in four girls is a victim of child sexual abuse, one in twenty boys. A Baylor University survey in 2008 concluded that 3 percent of women who currently attend church have been victims of clergy sexual misconduct as adults.

The Religious Institute, which works with all faiths on sexual health issues, gets one to three calls a month from UU congregations in crisis over sexual misbehavior. With electronic devices constantly at everyone’s fingertips, it’s become much easier to procure, or stumble onto, child pornography—and easier to get caught. And since a national sex offender registry went online in 2012, it’s easier to find out who is getting caught.

“Someone is arrested. Someone sitting in the pews is on the sex offender list and nobody knew. A child has inappropriately touched a younger child. Someone leaving prison calls and says their parole officer wants them to go to a church as part of their recovery. Are you ready?” Haffner asked.

The Martha’s Vineyard church did have a policy: no one who has been found guilty of sexually abusing another person is welcome at any church event. When the church’s policy subcommittee found that in an old policy book, one longtime member objected: What if he wanted to bring his father, who had been convicted of a sex offense years ago? “Your current policy is not workable,” Haffner told them. “And it has some theological problems.”

Peter Palches, who was on the policy subcommittee, agreed. “If you believe in our First Principle,” which affirms the inherent worth and dignity of every person, “you can’t just write off x percent of the population as being beyond redemption.”

In 2005, when the church in Westport, Connecticut, where Haffner is a member and an affiliated community minister, was working on its policy, one leader declared, “We’re going to have a bright line. No pedophiles.” The senior minister dryly responded, “Actually, I think there should be no sinners allowed.” The Westport church, whose current policy is listed as a model on the Religious Institute website, has since ministered to people who have made limited-access agreements with the church.

UUs are rightly proud of their leadership in sexuality education and marriage equality. But too many congregations haven’t done basic sexual safety prevention work, Haffner said, and end up in a panic situation. One-third don’t have any safety policy, the Religious Institute found in 2010. Of those that do have a policy, most don’t publish it, so it’s not accessible to members.

Even when policies are in place—lots of congregations require two adults per classroom or youth activity, for example—they aren’t consistently followed. And that’s a problem.

Palches recalled taking a child from the church sailing. The second adult had to leave, and the child’s mom was late. Palches, a former school superintendent, felt uncomfortable being left one-on-one, knowing it was a violation of church policy. In a small congregation where everyone knows one another, it’s easy to think, “Oh, we know Peter’s not a problem. We can let it go this time.” But making sure everyone follows the policy, always, is just as important as writing the policy, said Joan Tabachnick, a leading consultant on child sexual abuse prevention. “It’s not about any individual’s risk, but about creating a community that is going to hold people accountable. By allowing one person to break the rule, you’re sending a message to everyone else that this is a place where someone who does want to hurt kids can get away with it.”

Especially difficult are the calls the Religious Institute gets from churches where children are accused of abusing younger children. One study found that the leading abusers of boys are teenage girls (47 percent of total), followed by adult men (31 percent) and teenage boys (17 percent). “Those teens are often babysitters,” Haffner said. “They’re curious kids who don’t have good boundaries.” The practice of hiring teens—full of hormonal surges, with a frontal cortex that guides judgment not fully developed yet—to babysit young children may be putting all of them at risk.

Teens, too, need a second set of eyes to protect them from misunderstandings and unclear accusations. Some young children learn that the fastest way to get someone in trouble is to say, “I don’t like the way they looked at me or touched me.” Yet babysitting is one places churches are often lax on safety, not wanting to pay a second person.

This winter the Religious Institute is developing a designation called Safer Congregations, similar to the UUA’s Welcoming Congregation and Green Sanctuary certifications. Churches will have to meet 20 to 30 criteria—policies and training for sexually healthy staff and volunteers, lifelong sexuality education, preaching and social action on sexual justice, and practices to protect everyone in a congregation from sexual abuse. The institute is currently inviting congregations, like the Vineyard church, to volunteer as pilot programs in the coming year, and plans to roll out a national program in 2016.

Meeting thirty criteria might seem daunting, but congregations can take a do-it-yourself approach, a little at a time, using free online resources:

Congregations can expand their sexuality education offerings to help people of all ages develop healthy patterns of behavior and speak up when others act inappropriately. Our Whole Lives, the life­span sexuality education program published by the UUA, is best known for its Grade 7 to 9 curriculum. But it also offers age-appropriate curricula for younger children, older youth, young adults, and older adults.

“We want congregations to be as proud of being a place free of sexual harassment, abuse, and misconduct as they are of welcoming LGBTQ people,” she said. “For too long religious institutions of all kinds have not done due diligence in this area. We want to signal congregations and communities as a whole that these are safe places.”

This article appeared in the Winter 2014 issue of UU World (pages 27-29). Illustration (above): © Sergey Timashov/iStockphoto). 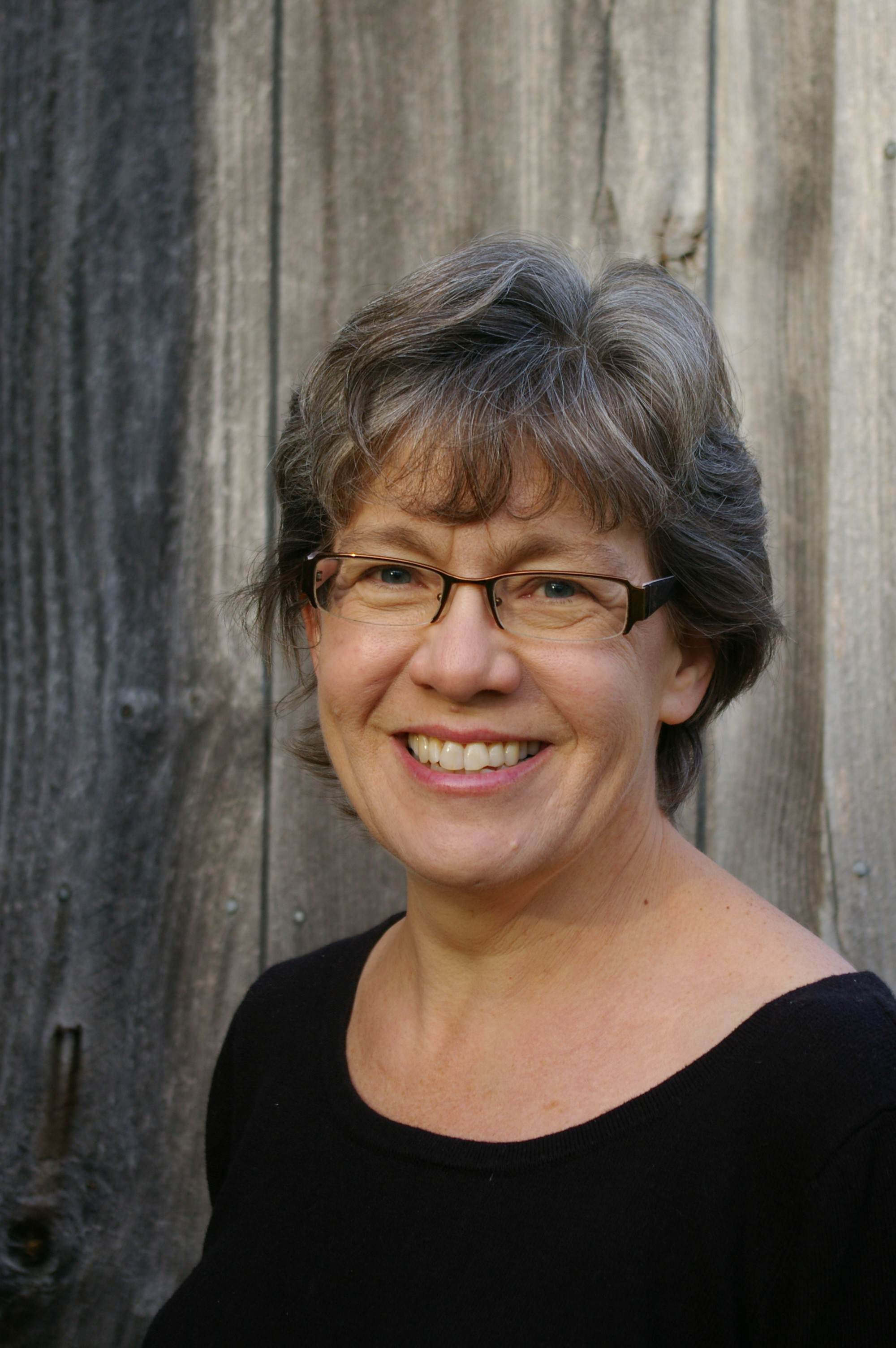