Seeing ourselves in 'The Hunger Games'

Dystopian novels have inspired Unitarian Universalists of all ages to think deeply about our society’s values.

Last spring, when the film version of The Hunger Games was released, many of my fellow Unitarian Universalist ministers—and fellow bloggers—explored the themes of the novel and the film it inspired. As a dark and violent work, it might seem an unlikely subject for religious reflection, but dystopian science fiction has long been used for societal critique, and The Hunger Games provokes ethical, political, and personal reflection.

Dystopian novels tell us of a future with an oppressive and controlling state where freedom is limited. Successful ones have a well-written, engaging story that champions the rights of individuals and provides a useful critique of our current society by showing the potential future of the path we’re on. As such, dystopian novels can be used by the political right or the political left. George Orwell’s Nineteen Eighty-Four, which gave us the phrase “Big Brother,” takes fears of both communism and fascism to their political extremes. Ayn Rand’s Atlas Shrugged espouses a Libertarian vision of fighting back against taxation and government regulations. Margaret Atwood’s feminist classic The Handmaid’s Tale, which depicts a world where women are valued only for their reproductive abilities, captures a fear of control of women by right-wing religious extremists. Suzanne Collins’s Hunger Games trilogy comes at a time when this genre has become noticeably more prolific, but its cultural reach is unprecedented: there are 26 million Hunger Games-related books in print, only four years after the first novel was published, and the film adaptation broke box office records for a spring release.

The Hunger Games trilogy borrows ideas from many dystopian works that preceded it, and also from the Greek myth of Theseus* and the Minotaur, but brings new critiques to our current society. In the first book, we learn that following environmental devastation, a continent-wide country of Panem has been created. After its districts revolt and are defeated, the Capitol punishes them by requiring that each send two “tributes,” a teenage boy and girl, every year to participate in the Hunger Games, a nationally televised fight to the death. The heroine, Katniss, volunteers to be her district’s tribute after her sister’s name is called, and she is sent to the Capitol to compete, along with Peeta, a baker’s son from her district who once threw her some bread when she was starving. In the following books, Catching Fire and Mockingjay, Katniss becomes the symbol for a growing revolution against the totalitarian state.

The violence of the plot has put the trilogy near the top of the list of challenged books in U.S. schools and libraries. UU youth, however, are not only finding the books engaging, they are finding them worthy of religious reflection. Jessica Gray, director of Faith Development Ministries at First Unitarian Church of Worcester, Massachusetts, describes the atmosphere when, while planning a youth service, discussion moved to The Hunger Games: “The room sprang to life. Ideas were exchanged in every direction. The youth planned a very meaningful worship service and actually seemed to enjoy the experience.”

The Rev. Jane Thickstun, a UU college campus pastor and chaplain in Keene, New Hampshire, says that she finds in The Hunger Games a message about “our appetite for watching other people’s suffering.” Katniss reflects on how the Capitol citizens respond to the televised deaths of the teenaged contestants: “It’s all about where they were or what they were doing or how they felt when a specific event occurred. ‘I was still in bed!’ ‘I had just had my eyebrows dyed!’ ‘I swear I nearly fainted!’ Everything is about them, not the dying boys and girls in the arena.”

The irony of the books is that the reader is put in the position of a Capitol citizen, enjoying reading about The Hunger Games, notes Suzyn Smith Webb, consulting youth advisor at River Road Unitarian Universalist Congregation in Bethesda, Maryland. “I’m far more likely to be the viewer than the star,” she said, “and I don’t have to hunt for my dinner, so I tend to think I’m a lot more like one of the clueless folks from the Capitol.” The books take this critique of violence in the media and reality television even deeper as the series progresses, with a critique of the media’s use of propaganda. The third book has the revolutionaries deliberately making propaganda pieces to sway the citizens of the Capitol to their cause.

One of the strongest themes in The Hunger Games is about economic injustice. The books portray a stark division between the “haves” in the Capitol and the “have-nots” everywhere else that feels uncomfortably familiar. As with all good dystopian literature, the trilogy exaggerates realities we see in our own society. One of the Worcester youth members, Amanda Cesarano, said in her sermon, “The Hunger Games is filled with characters who are richer than others but will not share their wealth, even when they see that someone desperately needs it. In this world people are supposed to fend for themselves and try to win money and fame.” She takes this message to heart and applies it to our own society, saying, “Everyone may not be on equal ground, but maybe we can give enough so that no one starves or has to hurt others to survive.”

Another theme of the books that Unitarian Universalists are drawn to is that of personal integrity and human worth. Shortly before the Games begin, Peeta says to Katniss, “I don’t want them to change me in there. Turn me into some kind of monster that I’m not.” Katniss reflects, “While I’ve been ruminating on the availability of trees, Peeta has been struggling with how to maintain his identity. His purity of self.” This theme of personal integrity, of worth and dignity, so in line with our own First Principle, is woven throughout the three books.

At the death of her friend and fellow tribute Rue, Katniss finally begins to understand Peeta’s message. When Rue dies, Katniss says, “I want to do something, right here, right now, to shame them, to make them accountable, to show the Capitol that whatever they do or force us to do there is a part of every tribute they can’t own. That Rue was more than a piece in their Games. And so am I.” Her answer to this is to give funeral rites to the slain girl, and to show her honor in a way that the Capitol will be forced to televise. It is the most deeply meaningful moment in the book, and the one in which Katniss turns from being a character who is entirely focused on survival to one who sees the larger picture, one that will ultimately lead to rebellion. It is only through personal connection and loss that she makes this development.

Our Unitarian Universalist youth understand this religious value of inherent worth and dignity. Olivia Mandile, a UU youth in Worcester, writes, “Even though none of us faces a brutal fight to the death, we can relate to the societal pressure that Peeta feels.” Relating it to our own society, she writes: “Today, teenage girls are taught by the media that skinny is beautiful and curvy is not. Boys are told to be strong and masculine. We flip through the glossy pages of magazines and see tan, long-legged, impossibly thin models. Radio stations tell us what music to listen to. Colleges tell us that the SATs will make or break the rest of our lives.” For her, an answer to very real teenage struggles is found in Peeta’s example. The Hunger Games may be overtly about building a rebellion against a society with deep economic injustice, but it is also, for youth, about simply being strong in the face of outside pressures.

The second and third books in the series explore the moral compromises of war and rebellion, the psychological effects of post-traumatic stress and economic injustice, and, yes, the complexity of love. But throughout the series, the question of integrity raised by Peeta before the Hunger Games returns as Katniss explores her feelings, whether about relationships or politics or war. When Peeta originally voices his thoughts about remaining true to himself, Katniss asks him, “Only . . . no offense, but who cares, Peeta?” His answer, “I do. I mean, what else am I allowed to care about at this point?” At any point, the books tell us, this is a worthy quest.

Correction 11.1.12: An earlier version of this article misidentified the Greek hero who battled the minotaur. Click here to return to the corrected paragraph. 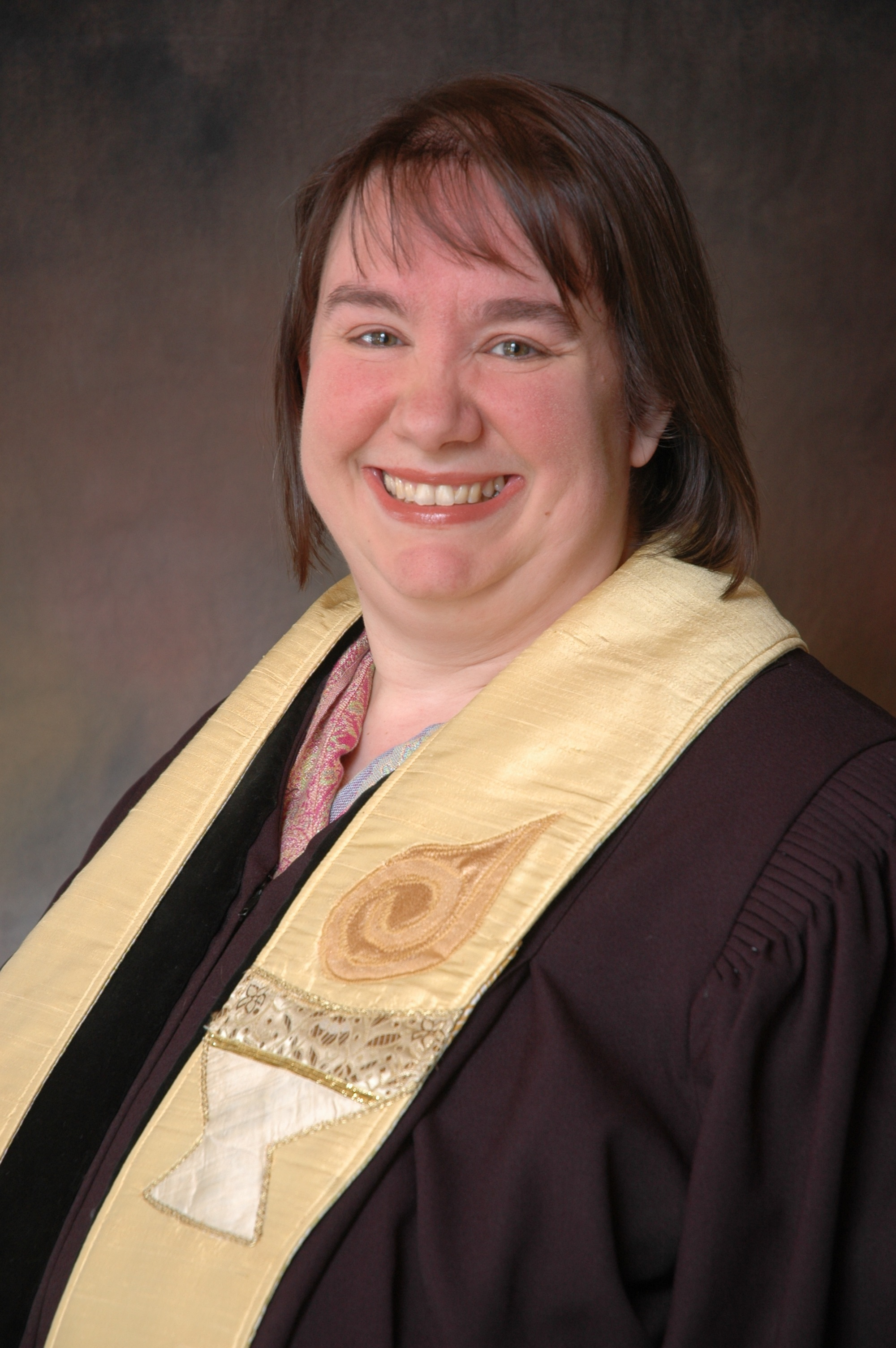