It’s time we reclaim the snowflake story in all its intertwined ramifications.

Snowflakes’ sparkling intricacy provides us a powerful, enduring symbol of the unique individual: indistinct specks of fluff from afar, when we attend closely, a marvelous complexity appears. Delicate and evanescent, their patterns persist, built into the fabric of the universe itself.

The analogy with humanity runs deep. Each individual snowflake is architecturally distinct from its companions, yet still unmistakably kindred to them, each fascinating in its own light and at the same time illuminating the profound universal principles from which all arise. Each, individually, is small and fleeting, yet part of a vast and ancient continuity to which each belongs and contributes.

This last connects the snowflake image to, and fits it within, an even older vision of the human spirit as being like the Earth’s water: rising as vapor into the clouds, falling as snowflakes onto the mountains, melting and running through rivers into the sea whence it rises again. The liquid water emphasizes our unity, the solid snowflake our individuality, and the vapor our capacity for renewal and transformation. The atoms making up our bodies, the genes of our heredity, even the thoughts and ideas we share with one another all flow in this great immortal cycle.

A scientific perspective makes this vision even more compelling. The big bang nucleosynthesis theory tells us that the nuclei of the hydrogen atoms in each molecule of water date to the first seconds after the universe’s birth, while the oxygen atom was forged in the heart of ancient stars, an eons-long path from fire to ice. We believe from astronomy that the giant planets of our solar system formed just outside our sun’s frost line, where ice crystals could form, stick, and snowball under gravity into a wild avalanche of collisions, raining comets onto our world and filling our oceans before settling into the stately clockwork of the heavens as we see them now.

Perhaps most mysteriously, chaos theory posits that the particular path of an individual snowflake does not simply vanish, averaged to insignificance among the vast multitudes of its kindred. Rather, in ways unknowable in advance, the minute details of each one’s forming, falling, landing, and melting propagate forward exponentially larger, a dance of chaos with fate, creating a world that would have been different without that particular flake. Our own snowflake lives are like this, too, causing imperceptible effects in the present expanding outward to create the future in ways we cannot fathom.

An inspiring, uplifting narrative linking the lives of snowflakes to the most profound forces in creation makes it all the more jarring to hear the term “special snowflake” used as a term of derision, mocking the idea that individuals are important, as well as taunting them for lacking the toughness to prevail in the harsh and unforgiving reality of the world. This usage partly reflects the age-old error that mistakes belligerence for strength and gentleness for weakness. Partly it arises from the bully’s attempt to mask feelings of insignificance by belittling others. Measured against our immense universe, it can be easy to question our significance.

That is exactly why we should reclaim and embrace the snowflake story in all its intertwined ramifications. It nourishes with a deeply true tale our spiritual hunger for individual meaning and for connection to things great and timeless. It binds together our ancient myths with modern science. It stands as an affirmation of our miraculous specialness and as a rebuke to those who would coarsen or deny it. We are snowflakes, all of us. Magnificent.

Our selves are made of stories, and we are in spirit the stories we share as we are in body the food we eat, so we should choose our stories well. As the snowflake story teaches, the gentle delicacy, the deep complexity, and the enduring strength of our humanity—individual and shared—are all of a piece. We rise, dancing on the wind, shining in the light, each a treasure for an instant and forever. 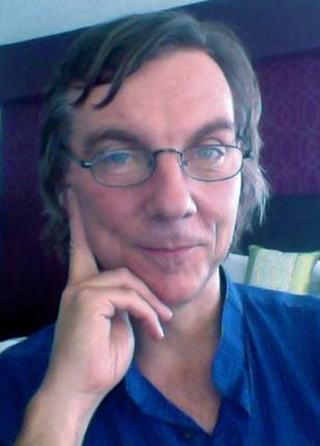 Robin Colgrove is assistant professor of medicine at Harvard Medical School with longstanding clinical and research interests in infectious diseases, particularly HIV, HBV, and HCV. He is emeritus chair of the Music & Worship committee at Theodore Parker Unitarian Universalist Church in West Roxbury, Massachusetts; sings bass in the choir; and enjoys providing colorful, spicy, and interesting dishes for coffee hour.