Average citizens who think they can whip a concealed gun out to shoot down a bad guy are living under a dangerous illusion.

This essay first appeared in the September/October 1999 issue of UU World, when the author was minister of the Columbine Unitarian Universalist Church, near Columbine High School in Littleton, Colorado.

The Unitarian and Universalist tradition of nonviolence dates back at least to 1839, when Universalist minister Adin Ballou declared he was a “radical pacifist.” While I believe that trained law or military officers must sometimes use violence to defend us from more grievous harm, I agree with pacifists that love, church, family, and friendships have more power to solve problems than violence does. I have some experience in this area.

Before I became a minister, I worked in my family’s jewelry store. Selling jewelry requires a vigilance about crime that I never could get comfortable with. For years, two guns had been hidden in our store, though they had never been used—luckily, since none of us knew a thing about guns. Finally, I took a gun safety and target shooting course from the National Rifle Association, becoming a fair marksman.

After finishing the course, I read up on the use of guns in violent confrontations, and I practiced often at the shooting range. I learned some basic rules: If you have a gun, you must be willing to use it. If you can’t or won’t use it, the gun will likely be taken and used against you. Also: Know what is behind your target—it could be your spouse or child.  If my study of guns seems to contradict the Unitarian Universalist Principles I believed in—well, it does. Scarcely an adult, I hadn’t thought deeply about the meaning of my willingness to use lethal force.

The robbery had changed me. Before, I’d thought my skill with guns would protect me and my family. That was, I now understood, a dangerous illusion.

Then, I saw an article on safe practices during a robbery. I learned that the odds of being killed by robbers are very small if you follow their directions. However, if you show or use your own gun, someone—probably you—will almost certainly end up injured or killed. To succeed in business, you have to know how to balance risks with potential benefits. In this case, the risk-benefit analysis was clear: using a gun to protect yourself from robbery was not a good option. Soon enough, I would get the chance to apply this analysis in a real-life incident.

In addition to the guns, the store, of course, also had nonlethal crime-deterrence equipment—an alarm system, a surveillance camera, and an electrically controlled lock on the front door. Customers rang a bell, and if we recognized them, we pushed a button to release the lock.

One hot, slow day in July, just as a customer left the store, two men in mirrored sunglasses and long trench coats jumped into view and caught the door before it closed. As soon as I saw them, I knew why they were there. I sat at my jeweler’s bench, my gun near my hand but out of sight. As I picked it up carefully, time seemed to stop. . . .

I saw the jewelry and knew it didn’t matter. No rock or metal was worth a human life. I saw my father and our two employees, their lives at risk, and I wanted to protect them. I knew I could hit at least one of the robbers, but I remembered the risk-benefit analysis. I let go of the gun—let go of any thought of controlling the situation—and I waited. Soon enough, the robbers pulled out their guns, demanded that we lie on the floor in the back room, and took what they thought to be the store’s most valuable items.

After the robbery, I knew I didn’t ever want to use a gun, nor could I. The robbery had changed me. Before, I’d thought my skill with guns would protect me and my family. That was, I now understood, a dangerous illusion. Not long after the robbery, I sold my guns.

Columbine High School is just two blocks from Columbine Unitarian Universalist Church, where I am the minister. Just before the massacre at the high school on April 20, 1999, the Colorado legislature was prepared to pass a law permitting almost anyone in the state to carry a concealed weapon. My experience has taught me that if average citizens and legislators think they can whip a concealed gun out to shoot down a bad guy, they’re living under an illusion—the same dangerous illusion—I once cherished myself. We cannot spend every moment of our lives on alert, prepared to use lethal force against another person. Only a special person can do that. We call such a person a police officer. Police officers train themselves to be ready to use violence every day of their careers. We cannot all live like this.

Another drawback of arming our citizenry is that watching adults prepare to use guns teaches children that guns solve problems. Instead, kids should see us at neighborhood association meetings, working out our differences. They should see us feeding homeless people, teaching Sunday school, or recycling and composting our waste. They should see us making a better world for their generation.

One final drawback becomes apparent when you talk with any cop or soldier who has had to use a gun in the line of duty. He or she will tell you it was a horrible, life-changing experience, no matter how justified the use of deadly force was.

Our problem with guns has a parallel in a terrifying international problem. Weapons of enormous destructive power are available to almost all countries, even ones whose rulers are insane or evil. How, then, shall we keep the peace?  Even though I’m a strong supporter of gun control at home, I found myself accepting as necessary the use of military force in Kosovo. Just as my family could call the police when our store was robbed, just as law enforcement officers from every city and county around Denver came to Columbine High School on April 20, I believe that people subject to “ethnic cleansing,” “racial purification,” or whatever other term genocide is going by these days must be able to call on someone to defend them.

I’m not a pure pacifist because I want my family to be protected from the violence of an “ethnic cleanser” like Milosevic or an idiot robber or a hopeless and angry teenager. But I also know that in the end we can’t use violence to solve our problems. When our lives are filled with family and friendship, spiritual and economic interdependence, and joy and meaning, we discover far better ways to solve problems. When all the world is filled by faith, as my life has been, and too many people have too much to lose by use of violence, it will become rare and despised by us all. 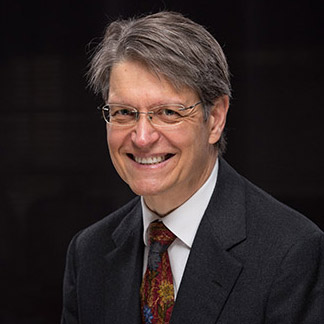 A congregation's owner isn't its board, minister, or members; it is its mission.