The spirituality of the body

People watch the Super Bowl for reasons not usually recognized as spiritual, though they are.

Frank Casper 1/28/2013 Winter 2012
The spirituality of the body
The spirituality of the body
Frank Casper
1/28/2013
UU World Magazine Winter 2012 , published by the Unitarian Universalist Association
Life
Personal Inspiration
When the 2012 Super Bowl aired last February, it broke the record for most-watched program in American television history. Nielsen estimated its total audience at 166.8 million viewers—more than half of the U.S. population. Rick Gentile, a former CBS sports executive, attributed this to two factors: a good game and a growing population. That seems a bit facile to me.

It’s what I feel when witnessing the artful dance of great broken field running. It’s what I feel when I see the grace of a perfectly executed forward pass, where the wide receiver races down the field intending to arrive at the precise position at exactly the right moment, diving to catch a perfectly spiraling football that descends safely into the tips of fingers straining at the end of fully extended arms. This is truly a thing of beauty, no less than any other work of art that stirs my passions. And even if I don’t care who wins, I leap off my seat and cheer, as the sheer joy of such a fleeting achievement viscerally pulsates through my own body.

I am reminded of a quote from the character of Eric Liddell in the film Chariots of Fire: “I believe God made me for a purpose, but he also made me fast, and when I run I can feel his pleasure.” This is pure joy, pure fun, which is the only point of the entire activity, including all of the ardent discipline requisite to its achievement.

I have not always thought about sports in these terms. The appreciation comes somewhat late in my life. I turned 63 this year, and for about the past four years have been playing summers in a senior softball league. I have a great deal of fun at this, but it has become painfully clear that my body can no longer do what it used to do with so much seeming ease. Strange how that works, that you come to appreciate something only after it’s gone.

I do not mean to suggest that senior softball is anything like professional sports. But there is something in the experience of any sporting activity that can on occasion rise to the level of the spiritual exhilaration of pure fun, even when you’re older and there is much less grace and much more pain involved in the effort. It’s the occasional well-timed swing connecting with the right part of the bat at precisely the right time, relative to the travel of the ball and the whirl of an aged body. It’s in the arrival of my aging and aching body, leaping to catch a ball in the outfield, the ball landing squarely and firmly into the welcoming pocket of my glove.

These are things I can feel immediately, and I experience the glee that comes with really knowing something, something profoundly elemental and free of all doubt. This is just as much a spiritual experience as staring into Van Gogh’s Sunflowers or Jackson Pollock’s Lavender Mist, but with the added impact of brute physical immediacy. I walk off the field after each game, win or lose, murmuring prayers of gratitude for the great gift of another day of free play.

And now that such experiences are more history than contemporary events, I’ve been ruminating on them, trying to draw as much vicarious pleasure from their presence in my body as possible. I can recall my very first such experience. I was maybe fifteen and was very late getting home from my girlfriend’s house. I would have to run the three or so miles if I were ever to have a chance of getting home before curfew. Failing to do so would have had dire consequences—at least, dire to a 15-year-old boy—so I began to run, and the more I thought about the consequences, and the distance, and the dearth of time, the faster I tried to move. I was soon gasping for air, dizzy, my chest heaving, my legs buckling, when in an instant something snapped, and I felt a surge of renewed energy. My breathing evened out as my body gained what is known as a second wind. My stride steadied and lengthened as the renewed source of oxygen recharged the strength in my legs. My head cleared, and I picked up the pace, everything working in a harmony I will never forget. I felt like I could go on that way indefinitely, and wanted to, glad that I made it home on time, but sad that this run had to end.

It’s an experience I was to have many times, especially when living and long-distance running in Boston and New York. In New York I used to run from work in Manhattan to my home in Queens, a distance of about six miles. There was this stretch on the Queensboro Bridge, a stretch of flat steel grating for about half to three-quarters of a mile. I’d hit it about halfway into the run, my body warm and rhythmic, and then I would pour it on, running flat out at the fullest stride my body could muster. For just a few minutes, my whole being was putting everything into this sprint, and I was lost, into the Zen of it, self merged into sweat and spirit, where elements like rain and snow no longer fell upon me, but through me, and I was for an instant one in motion with the whirling welter of the world.

This is what I remember when watching those athletes on the screen. It is what I look forward to reliving, however briefly and for however much time is left, with each new softball season. The deep, rarified, and palpably satisfying spirituality of the body, and I am exceedingly grateful. 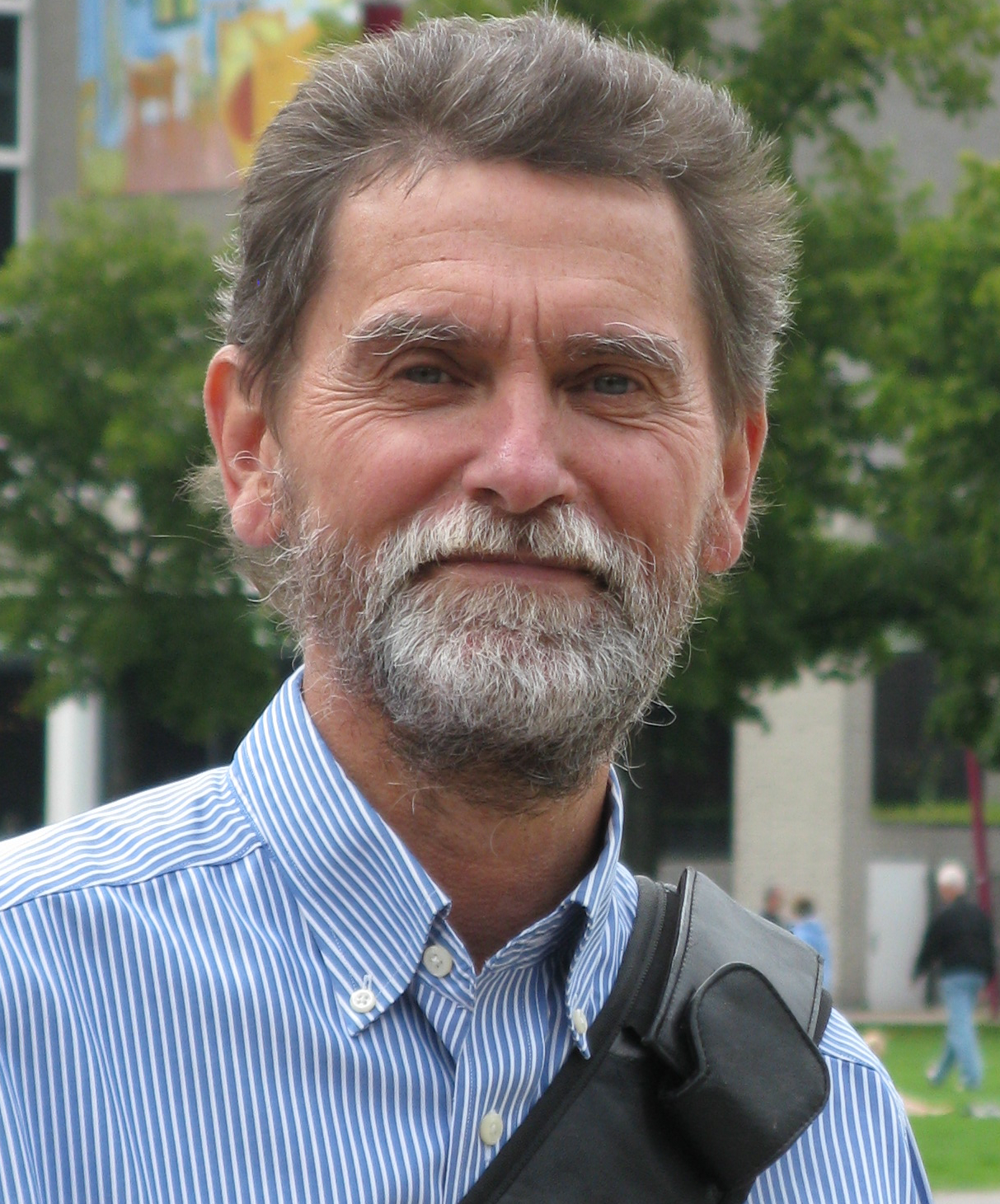 Frank Casper is a member of the Unitarian Universalist Congregation of Atlanta, Georgia. He has a Masters Degree in Theological Studies from Boston University’s School of Theology.

Yes, even now, / when so much is struggle: / Praise bodies that sweat and tremble

In hopes of traveling light

In hopes of traveling light

Some people seek balance and stability, but I like to be off-kilter.