A story of light and darkness

Once upon a time there lived people who loved the light. As soon as the sun rose every morning, they were up to welcome it, singing songs of celebration for the light. And when the sun went down each evening they sang other songs, sad songs, songs of missing the light of the sun. They loved the light so very much.

They did not love the darkness. Once darkness fell every night, they would hurry to bed, since they could only bear the darkness when they were asleep. Even then, total darkness was frightening to them, and so they always kept a fire burning in every room.

The people’s dearest wish was that the sun would not set in the evening, that darkness would never fall. But every day the sun set and they sang their sad songs and they endured the fearful, sad, strange darkness until they could greet the sun again the next day.

Now in this land were born two remarkable children. They were twins. One was a girl, and she seemed to shine from within. Whenever she entered a room, everything seemed to get a little brighter. And the people loved her very much.

The other was a boy, and he seemed to bring darkness with him. Whenever he entered a room, everything seemed a little dimmer. And the people did not like him. They feared him because he reminded them of the great darkness of the night.

But although the people loved the girl and did not love the boy, the twins loved each other very much. And because the girl loved her brother so very much, the people mostly let him be even though they were afraid of him.

Now, as they grew, it became clear that these children were, in fact, magical children. The girl had the power to bring life back when it was harmed or lost. When she was a very small child, she could heal small cuts and bruises. When she grew a little older, she could heal broken bones and other larger hurts. And by the time she was a teenager, she could make the crops grow faster and larger and fuller. She could bring plants and animals that had died back to life. The people suspected she could even bring people back to life, but they were a little afraid to ask, and she did not offer.

The boy, on the other hand, had the power to calm and quiet anything. When he was a very small child, he could help his family go to sleep more quickly, thus saving them from the fear of the darkness. When he was a little older, he could calm animals when they were frightened and make them still. Sometimes, he would go first to an animal or a person who was hurt and help them to be calm enough for his sister’s healing magic to work. And by the time he was a teenager, he could calm storms and winds and rains. He could bring anything to stillness.

The people’s love for the light and fear of the darkness only grew with time, perhaps more strongly with the twins always before them to remind them. And so one day, they decided to ask the girl for a favor. They asked her to see if her magic could hold the sun in the sky and stop the night from coming. The girl was reluctant, but after many, many months of being asked, she finally decided to try, just to get the people to leave her alone. One day, just as the sun was at its highest point, she went out onto the top of the highest hill in the land, and she threw her arms up into the sky, and she asked the sun to stop, to stay right there at the top of the sky forever.

The people were overjoyed. There was a big celebration. They sang all of their songs celebrating the sun. They loved the girl even more—at least at first. For the first week or so, everyone was happy and content.

But soon they began to get tired. Although they had always slept with a fire to ward off the darkness, sleeping in the full light of the sun was another thing altogether. They tossed and turned and woke up constantly. Some of them remembered that the boy could help with sleep, and asked for his aid, but his power of bringing sleep seemed to have disappeared along with the darkness.

After about a month, the exhausted, frustrated people began to see that this constant sunlight was a problem. Though they still loved the light, they began to wish that the sun would once again move in the sky. Each person at first thought that they were the only one who thought this. And given the people’s love of the light and fear of the darkness, everyone was afraid, at first, to say anything about this growing longing for nighttime. But slowly, softly, as they began to confide in each other, they discovered that everyone felt this way. And they finally decided that something must be done.

They went back to the girl and asked her to get the sun to move again. It was her magic that had stopped it, and they figured her magic could make it move again. So, she went back up onto the top of the highest hill, threw her arms up into the sky and asked the sun to move. Nothing happened. She tried again. And a third time, but the sun stayed still. Sadly, she turned to the people and told them there was nothing she could do. There was a long moment of growing panic before the boy stepped forward. “Let me try,” he said softly. Everyone thought about it for a moment and then decided this was a good idea.

So, he took his sister’s place on the top of the highest hill, threw his arms up to the sky, and asked the sun to move. The sun began moving at once, rushing toward the western horizon. Within ten minutes, it had set, and within fifteen, it was full, dark night.

The people were caught off guard. They had all come out to the hill to see if the girl’s magic would work. They had no fires lit—they hadn’t needed them in weeks. They had nothing with them to light their way. They had never been outside at night before, and they were terrified.

At first, they tried rushing home to get away from the darkness, but they soon discovered that rushing when you can’t see where you are going is a bad idea. They slowed down, but still peered at the ground, trying to get home as soon as they could. But then, one of them looked up. “Oh!” she exclaimed. “Look!” Everyone looked up, and then they all saw the stars for the first time. They had never been outside at night before, and had no idea of the incredible beauty of a sky full of stars. They all stopped hurrying toward their homes and stood and stared in wonder. And then they realized how very tired they were, and so slowly now, and with more reverence, they started home again. They all slept for a very long time.

The people rested and were glad, and appreciated the darkness for the first time in their lives. Eventually, the sun rose again. As it did, the people got out of their beds and sang their songs to celebrate the coming of the light. But at the end of the day, as the sun began to sink toward the horizon, they did not feel like singing their sad songs. Instead, one of the musicians began singing a new song, a slow, quiet song of thanksgiving for the night. And soon the others joined in. It became their new sunset song.

And the boy and the girl grew up to be a man and a woman, and both of them were now much beloved by the people. Looking at them, still the best of friends as well as siblings, the people remembered that light and darkness are best in balance.

This essay is adapted from “Celebrating Darkness,” which appeared on December 4, 2015, at the Nature’s Path blog at Patheos.com. 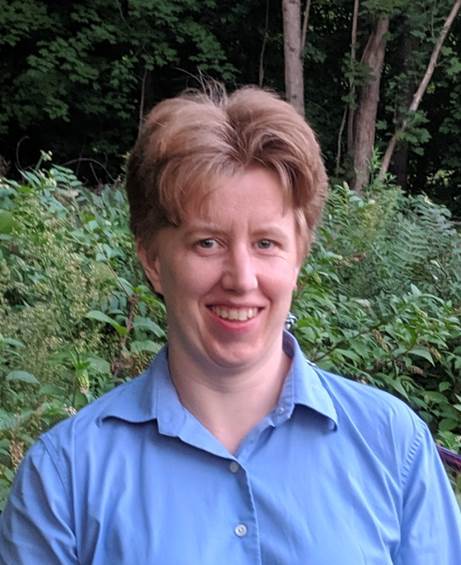 Rev. Erica Baron is a Congregational Consultant in the New England Region. She served the Unitarian Universalist Congregation of the Catskills in Kingston, New York. She is a 2008 graduate of Andover Newton Theological School and a monthly contributor to the Nature’s Path blog on Patheos.