Steps toward a nuclear-free world

How my congregation works for a nuclear-free future.

Following the lead of our youth and the vote that day in 1987, our members have shown a consistent commitment to a world free of nuclear weapons. Our church is known by many in Maine as “the social action church,” and at the 2003 General Assembly, the UUA recognized our congregation with the coveted Bennett Award for Congregational Action on Human Justice and Social Action.

Our Social Action Committee works with Peace Action Maine, the Friends Committee on National Legislation, Physicians for Social Responsibility, and others. In 1998, we hosted a daylong regional meeting with the title “Abolish Nuclear Weapons—One of the Best Things We Can Do for Our Children.” In January 2008, some church members joined in a teleconference meeting with Senator Susan Collins to ask her to vote against funding for a new nuclear weapons facility. We had previously worked to convince her to vote against the “bunker buster bomb,” and her vote was crucial to stopping this project.

Social change bends in small steps towards justice. Members of our Social Action Committee participated in those steps as we began meeting with aides to Senator Collins and Senator Olympia J. Snowe in 2009 to educate them about the need for the New Start treaty. This treaty calls for the reduction in the number of nuclear weapons for Russia and the United States to 1,500 each. That treaty entered into force on February 5, 2011, and Collins and Snowe led the way with their positive votes. That treaty itself is a small step towards the ratification of the Comprehensive Nuclear-Test-Ban Treaty, which bans all nuclear explosions in all environments, for military or civilian purposes.

With the proliferation of nuclear weapons in countries such as North Korea, Iran, and Pakistan, we are reminded that such weapons remain a threat to our very existence. All Unitarian Universalists can help bring about a world free of nuclear weapons by identifying allies in their areas, and using the resources of the Campaign for a Nuclear Free World or the Friends Committee on National Legislation to form a plan that can include everyone in your congregation. A letter-signing effort at our church in May 2012 produced forty-six letters to each of our two senators and to Rep. Chellie Pingree. We delivered the letters by hand along with a plate of homemade brownies. Pingree voted in June 2012 to cut billions of dollars from the defense budget for a new bomb plant at Los Alamos National Laboratory. This project is now put on hold for at least five years.

The 1987 youth-led vote to make our church a Nuclear Free Zone provided our church members a goal. In the years since, we have worked with politicians, activists, and journalists. Even small steps can lead to big change. Other congregations can seize opportunities to speak out and work with like-minded organizations to build a movement to achieve this goal of a world free of nuclear weapons. 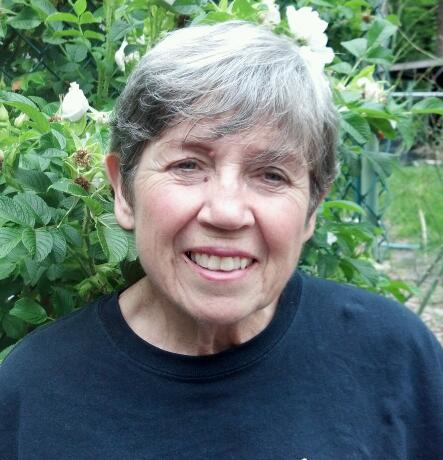 Sally A. Breen is a member of the Social Action Committee at the Allen Avenue Unitarian Universalist Church in Portland, Maine.