Laura Matilda Towne devoted her life to a school for former slaves.

The Rev. William Furness’s sermons on the abominations of slavery angered wealthy members of First Unitarian Church in Philadelphia in the decade leading up to the American Civil War. Many withdrew from the church. Laura Matilda Towne (1825–1901) was among those who stayed to hear Furness preach, often with armed guards at his side, and his words left a lasting impression on her.

When shots were fired at Fort Sumter in 1861, the 35-year-old Towne decided she must act. With medical training from the Woman’s Medical College of Pennsylvania and a love of teaching, she responded to Abraham Lincoln’s call for teachers to go to South Carolina to participate in the Port Royal Experiment. The Union Navy had captured Port Royal Sound, just off the coast of Beaufort and Hilton Head Islands, so quickly that the plantation owners there deserted not only their plantations but also thousands of people they had previously enslaved. The United States government declared these people (and other slaves who turned themselves over to Union troops) not freed but contraband of war. It set up the Port Royal Experiment to prove that if the former slaves could be educated, become landowners, serve in the military, and build a self-sufficient community, they could become productive citizens in other parts of the South.

This set the stage for Towne’s life work.

In 1862, Towne boarded a ship for St. Helena Island, South Carolina. There she found 6,000 people who had known no other life but one of bondage. In addition to putting her skills as a homeopathic physician to use, Towne began a school, first in her home and eventually in a building she had shipped in pieces from Philadelphia. She named it the Penn School, in honor of William Penn and Pennsyl­vania’s Freedmen’s Aid Society, which funded the school’s first years. Later, her family, other prominent Unitarians, and abolitionists of other faiths supported the school.

Within months of Towne’s arrival, a Quaker woman, Ellen Murray—described as Towne’s lifelong intimate friend—came to work at her side. Together they built the school into the center of community life on the Sea Islands. Towne became a bridge between the government and the people of the islands, often as an advocate for their needs and wages. She opposed speculators’ attempts to buy lands that had become delinquent through nonpayment of taxes, eventually making it possible for people to own the land they had worked on all their lives.

When Towne died of influenza in 1901, at the age of 75, several hundred of her island neighbors followed the simple mule cart that carried her body to the Port Royal ferry, singing the spirituals she had so loved. She was buried in Philadelphia, and a memorial marker was placed in her honor at the Brick Baptist Church Cemetery on St. Helena Island. But Towne’s impact did not die when she did.

Towne was a quiet revolutionary; she broke social barriers and attacked the assigned social place of African Americans by fighting entrenched patterns of subservience. As the people of the Sea Islands developed skills and knowledge previously denied them, Towne supported their journey toward independence. Rosalyn Browne, former director of history and culture at Penn Center (the former Penn School), said, “In 1862, before freedom came, [Towne] taught my ancestors how to free their minds long before the United States Congress freed their persons.”

When the school closed in 1948, it became Penn Community Services Center, an agency promoting self-sufficiency and the advancement and development of the Sea Island community and its residents.

Penn Center played an important role in the civil rights movement of the 1950s and 1960s. It was, among many other things, a safe haven for civil rights conferences, training, and retreats led by the Rev. Dr. Martin L. King Jr. and the Southern Christian Leadership Conference. Penn Center is now a national historic landmark district.

Within the past few years, Penn Center has reconnected with its Unitarian roots through the efforts of the late Milton Rahn and the Rev. Dr. Audrey W. Vincent, members of the UU Church of Savannah, Georgia, and the work of the UU Fellowship of Beaufort, South Carolina. The Beaufort congregation has developed such a strong multicultural partnership with Penn Center that on May 18, 2013, the fellowship will be inducted into the center’s 1862 Circle, which honors supporters and luminaries such as Congressman John Lewis, Vernon Jordan, Phylicia Rashad, and Pat Conroy.

As Penn Center celebrates its 150th anniversary, it continues to inspire through education, leadership, and service—and Towne’s legacy lives on. 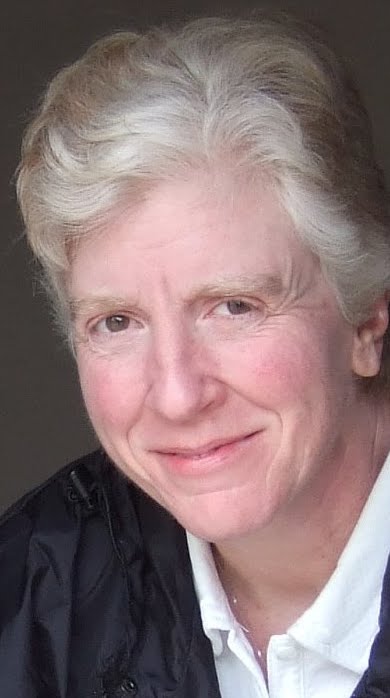 Annette celebrates her 25th anniversary as a Unitarian Universalist in 2016. She began working for the Unitarian Universalist Association in 2008, as District Executive of the Southeast District (formerly known as Thomas Jefferson). She moved to her current position as LGBTQ (Lesbian, Gay, Bisexual, Transgender, and Queer) and Multicultural Programs Director in 2012.

Prior to coming to the UUA, Annette had a dual-career in computer software training and social work. She co-authored more than twenty-five software books on Microsoft Office and was a partner in TRIAD Consulting, LLC, a software training and development company. She served as executive director of several community-based crisis intervention and substance abuse treatment centers and spent ten years as an administrator of chemical dependency programs for Henry Ford Health System in Detroit.

In addition to an MSW in Community Organizing and Planning from Boston University, Annette has an MFA in Creative NonFiction from Solstice MFA Program at Pine Manor College. She is the author of Resistance: A Memoir of Civil Disobedience in Maricopa County from Skinner House and has been a contributor to several other Skinner House books. She occasionally blogs at www.marquistory.com.

Annette is a founding member and first president of Allies for Racial Equity. She is also a founding member of the Living Legacy Project, which, among other things, sponsors civil rights pilgrimages to the Deep South, and, in March 2015, hosted the 50th Anniversary of the Selma Voting Rights Campaign conference, Marching in the Arc of Justice. For her local congregation, First Unitarian Universalist of Richmond, Annette serves as Director of the Richmond Pledge, a community-based effort to end racism.

Annette lives in the oldest shire in the United States, Henrico County, Virginia, with her wife, Wendy, where she loves to hike, kayak, and absorb the incredible history of this complicated region. 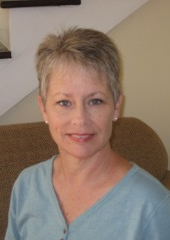 The Rev. Nan White is minister of the Unitarian Universalist (UU) Fellowship of Beaufort, South Carolina.