The relation between the often white theology of Unitarian Universalism and white supremacy and white supremacists is seen most clearly, and troublingly, in the connections between the historical movements of American Unitarianism and Universalism and the Ku Klux Klan. The Klan of the 1920s was the largest white supremacist organization in the United States during the twentieth century. At its peak, it numbered several million members and wielded considerable political influence across the country. It was explicitly Protestant Christian and strove to bridge the divide between mainline Protestants, religious liberals, and then nascent fundamentalism. It also lionized the original Klan, a white supremacist terrorist movement that had been born in the immediate aftermath of the Civil War to violently deny economic autonomy and political power to newly free blacks.

The Klansman Charles E. Clark was a Universalist minister throughout the years he was an active white supremacist.

The founder of the second iteration of the Klan, William Joseph Simmons, had been a Methodist minister before embarking on his career as a professional peddler of hate. In his efforts to explain the views of his organization to the wider white public, he wrote in a style of mystical prose that resembles the neo-transcendentalism preached from many an early twentieth-century Unitarian or Universalist pulpit. In one text Simmons describes his call to resurrect the Klan: “My mind seemed to be so passive, so sensitive, so subjected to the thoughts that rushed out of the universe from the past and the mysterious present and unknowable future to take possession of my soul.”

Such transcendentalist-tinged passages were matched by the use of adages from the sage of Concord himself. Simmons used Ralph Waldo Emerson’s words, “What you do speaks so loud I cannot hear what you say,” to underscore his own belief that works are more important than faith. In his writings, the Klan leader made statements that seemingly paralleled twentieth-century liberal religious values, declaring, “Absolute freedom of conscience in religious matters is granted to American citizens.” Even more significantly, he emphasized the importance of Jesus as a moral exemplar over Christ as atonement figure, instructing his followers that every “member shall strive to carry himself by the code of conduct promulgated by Jesus Christ.” Under his leadership, the Klan adopted as its unofficial slogan words that echoed those preached in many a 1920s Unitarian pulpit: “Christ, a Klansman’s criterion of character.” Simmons was comfortable enough with the humanity of Jesus that he paid compliments to a “highly intelligent and influential Gentile sect, the Unitarians,” in service to his antisemitism.

At least some liberal religionists returned the favor. The Klansman Charles E. Clark was a Universalist minister throughout the years he was an active white supremacist. He had converted to Universalism from Methodism in 1920, the year that the second Klan rose to national prominence. Clark served as minister of the Universalist church in Camp Hill, Alabama, for two years before being called to Hillside Church in Medford, Massachusetts. Located a couple of blocks from Tufts University and the Universalist Crane Theological School, Clark was a successor to Clarence Skinner, the influential Universalist theologian of the first half of the twentieth century. Skinner had left the congregation in 1919. The occupation of the same pulpit by the two men within the space of only a few years suggests that Clark’s views were not far from the Universalist norm. While at Hillside he advocated for a social gospel of prohibition and education that was familiar to both religious liberals and members of the Klan.

Clark came to Medford in 1922. Within two years he was holding Klan meetings at Hillside, first in the vestry and then later in the church’s community hall. The congregation’s trustees and a number of “old-time parishioners” did not approve. After a “patriotic meeting” was held in early 1925 in which Klan members paraded about the church “in full Ku Klux Klan regalia,” an open conflict erupted. On one side were the trustees and a number of longstanding members of the congregation. On the other, there were Clark, a large group of new members, and at least some congregants who predated his tenure. The congregation members who supported Clark but joined before his ministry began approved of “the progress he has made in obtaining funds to relieve the mortgage and floating debt on the church.” The new members appear to have belonged to the Klan. One declared, “Nobody but a white Protestant is a true American.”

Clark’s support for the Klan was controversial both within his congregation and the Universalist Church of America. Over several months, ministers and lay members of the denomination debated the Klan and Hillside’s relationship to it in the pages of the Universalist Leader, a precursor to UU World. Dorothy Hall, one of the Leader’s editorial assistants, penned a sarcastic response to Clark and his support for the Klan’s hate-filled creed. She sneeringly observed that it appealed to those who found “the commandment of Jesus, ‘Love your enemies; do good to them that despitefully use you,’ was too general in its scope.” Two members of Hillside wrote letters in defense of Clark, claiming that he preached “true Universalism,” describing him “as being a Christian gentlemen,” and celebrating his ministry as “well liked by the majority of the people of our church as well as the entire community.” Clark was even provided ample space to defend his view that the Klan was “an organization founded on the Christian religion . . . to bring about a great religious awakening.” At the same time, a meeting of Boston Universalist ministers considered a mild denunciation of the Klan as “diametrically opposite to . . . the Universalist Church in its endeavor to serve the common welfare in the spirit of Jesus.” It contained no method to sanction or censure a minister who supported the Klan. Worse, the denunciation was indefinitely tabled, and the meeting ultimately failed to definitively rebuke either Clark or the Klan.

At Hillside, Clark’s support of the Klan came to a vote at the annual meeting about three months after the conflict first broke into the open. The state superintendent of the Universalist convention appears to have sided with Clark. He was most likely happy with the congregation’s success at stabilizing its finances under Clark’s ministry. The superintendent attended the meeting, described the conflict over whether the church would provide space for the Klan as “trivial,” and vouched for the white supremacist Clark as “in very good standing with the Universalist Church as a whole” with “intelligence and general ability.” Subsequently, Clark carried a test vote of 45 to 65 to remain in the pulpit and continue to open the church to Klan events. A few weeks later he was inviting the entire city to thinly veiled “patriotic” church services in which he likely preached, “Any one who does not believe in the principles of the Ku Klux Klan is a not a good American.”

Despite Clark’s victory, his ministry at Hillside did not survive for long. He left Medford in 1926 for unspecified reasons. He never served another Universalist church and soon became a Congregationalist minister, holding two pastorates of about five years each over the next decade before retiring in his early 70s. It is unlikely that he overtly promoted the Klan in his subsequent pulpits. The Klan, and its particular brand of white supremacy, were both in decline by the time he departed from Medford.

Clark may have been an anathema. There is no evidence that other Unitarian or Universalist clergy were members of the Klan. However, some clergy and lay members in both denominations were certainly sympathetic to the organization. The editor of the Universalist Leader occasionally published articles in support of the “world-wide supremacy of the white race.” The 1921 meeting of the Unitarian Laymen’s League was held concurrently with a highly publicized series of Congressional hearings on the Klan. The League “declined to act upon a resolution condemning” the Klan. A few years later the General Unitarian Conference passed a vague resolution against “that evil spirit of intolerance, bigotry and hate” that was “assumed . . . aimed at the activities of the Ku Klux Klan” but failed to mention the organization by name. These were roughly the same years that the American Unitarian Association was failing to support the pioneering Afro-Caribbean minister Ethelred Brown, largely because of what could be labeled the white supremacy of AUA President Samuel Eliot—that is Eliot’s own advocacy for a white male ministry over the ministries of women and people of color.

The combination of Simmons’s theological liberalism, Clark’s ministry at Hillside, the Leader’s white supremacist articles, and denominational inaction concerning the Klan are stark reminders of the ways in which much of Unitarian and Universalist theology has been white theology. This, in turn, is a reminder of why the recent UU White Supremacy Teach-Ins have been so important. Organized organically in 2017 across the UUA by religious educators of color, with support from Black Lives of Unitarian Universalism, these teach-ins took the slogan: “Everyone has to start somewhere, and it takes a commitment to disrupt business as usual.” The teach-in organizers argue that for Unitarian Universalists “to be more effective at tackling the white supremacy beyond our walls, we must also identify ways in which systems of supremacy and inequality live within our faith and our lives.” In this spirit, carefully examining the relationship between Unitarian Universalism’s theological tradition and the theological imaginations of white supremacists becomes a crucial task.

So too does placing a critique of white supremacy at the center of contemporary Unitarian Universalist theology. There is only one way to ensure that white supremacists never again find a home in Unitarian Universalist congregations or hide behind the liberal religious value of freedom of conscience. It is clear that recognizing the inherent worth and dignity of all people means standing firmly in opposition to systems of oppression. Any other course may be white theology, but it is not the theology that Unitarian Universalism needs to live into its promise of becoming a faith of radical and universal love with a vital role to play in healing this beautiful but hurting world. 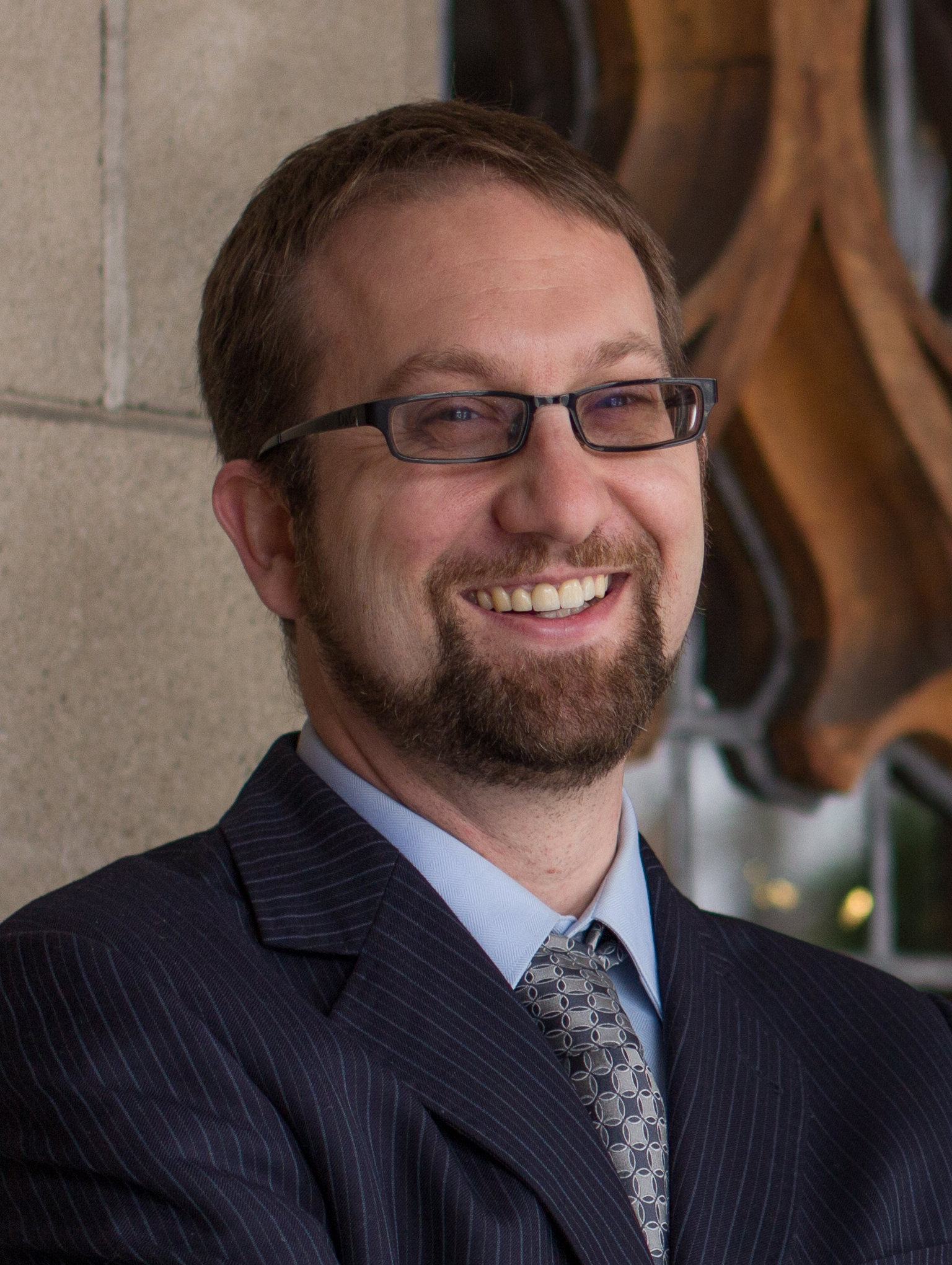