The crushing interconnectedness of our world’s problems can be leveraged to create a comprehensive solution.

Up on the screen was a list: fossil fuels, monocultures, mass incarceration, militarism, white supremacy. It went on, covering many of the world’s ills: everything that is broken and exploitative, and, as it turns out, connected.

I was sitting in All Souls Unitarian Church in Washington, D.C., on a Sunday afternoon for the start of the Create Climate Justice conference sponsored by UUs for a Just Economic Community and a coalition of other UU groups. As someone who works in climate change, I am familiar with how complex and intractable a problem it is. A little too familiar, in fact: at times during the previous year I spent working at an environmental NGO I found myself paralyzed by despair over what humans are doing to our planet.

The same feeling was settling in as the presentation went on. The difference was that here the discussion didn’t stop at emissions. We were talking about climate as part of the larger problem of capitalism, a system that relies not just on taking what we want from the earth without considering the consequences, but on exploiting our fellow humans as well. Coal mining, for example, harms both the bodies of the miners and the local environment, and the implications of its use ripple out to frontline communities and ecosystems around the globe. Economic exploitation and climate change are linked, and to make matters worse, marginalized communities will feel the effects much faster and more severely than those who benefit from their work.

This was not all new to me, but I had been so focused on how to keep warming below 1.5 degrees that I hadn’t stopped to think about the justice aspect. It was a lot to take in, and I was ready for a smaller, quieter gathering down the street, led by UU Ministry for Earth’s Aly Tharp. We sat in small circles and shared our fears about doing climate justice work. A woman from North Carolina related her battle with three life-threatening conditions in a few years, and told us that since she had survived, she wasn’t afraid of anything. She was ready to do whatever it took to create a better world for her grandchildren. Her husband shared his fears about public speaking, and how he works to overcome them in order to educate others on the climate crisis. I talked about my worry that I’m not doing enough, that I’m not enough of an activist, that any change I help make will be too slow. Laying down those fears in our little circle and picking up others’ stories restored me and gave me the courage to begin thinking about a solution.

On Monday morning, Green New Deal strategist and indigenous activist Julian Brave NoiseCat offered just that. He framed climate change as an opportunity to create a regenerative economy, one that includes people who have been excluded from prosperity for generations. The Rev. Leo Woodberry talked about what this looks like in South Carolina, with solar installation training for poor people in frontline communities that are already feeling the effects of climate change. They showed us that the crushing interconnectedness of our world’s problems can be leveraged to create a comprehensive solution; climate change requires that we rework our economy, so why don’t we do so in a way that will provide jobs and justice for those who have long been denied them?

This was a revelation for me. The climate crisis has always felt like the apocalypse, not an invitation to reinvent our economy for the better. My commitment to climate work has been motivated by fear of what the world could look like in the not-too-distant future, yet climate justice sees the crisis as a chance to reimagine what our economy and our world could look like.

By Tuesday, it was time to take this message to Congress. We were broken up into teams to attend meetings with 25 different senators, and my dad and I were assigned to join three fellow Californians to meet with staff from the offices of Senators Feinstein, Schumer, and Harris. As we huddled together on the third floor of the Hart Senate Office Building, out of the way of rushing aides and wandering constituents, we took a deep breath and reminded each other that we were there to speak our truth. Our first meeting in Feinstein’s office was a little awkward and inconclusive, but we conveyed our message and told our stories. It only got easier as we managed to get a walk-in meeting with Senator Schumer’s environment staffer, and sat down with one of Harris’s aides.

The aides we spoke with were realistic about the challenges presented by partisan politics, but they listened carefully to what we had to say and encouraged us to keep advocating for what we believe. I left the Hill, and the conference, with a new perception of an issue I thought I understood. Climate change is not just about the earth, it’s about our moral imperative to include everyone in prosperity. As NoiseCat put it, “The Green New Deal can be built with things that are always here: the sun, wind, the indigenous, and people like us.” I’m ready to be one of those people, ready to create climate justice. 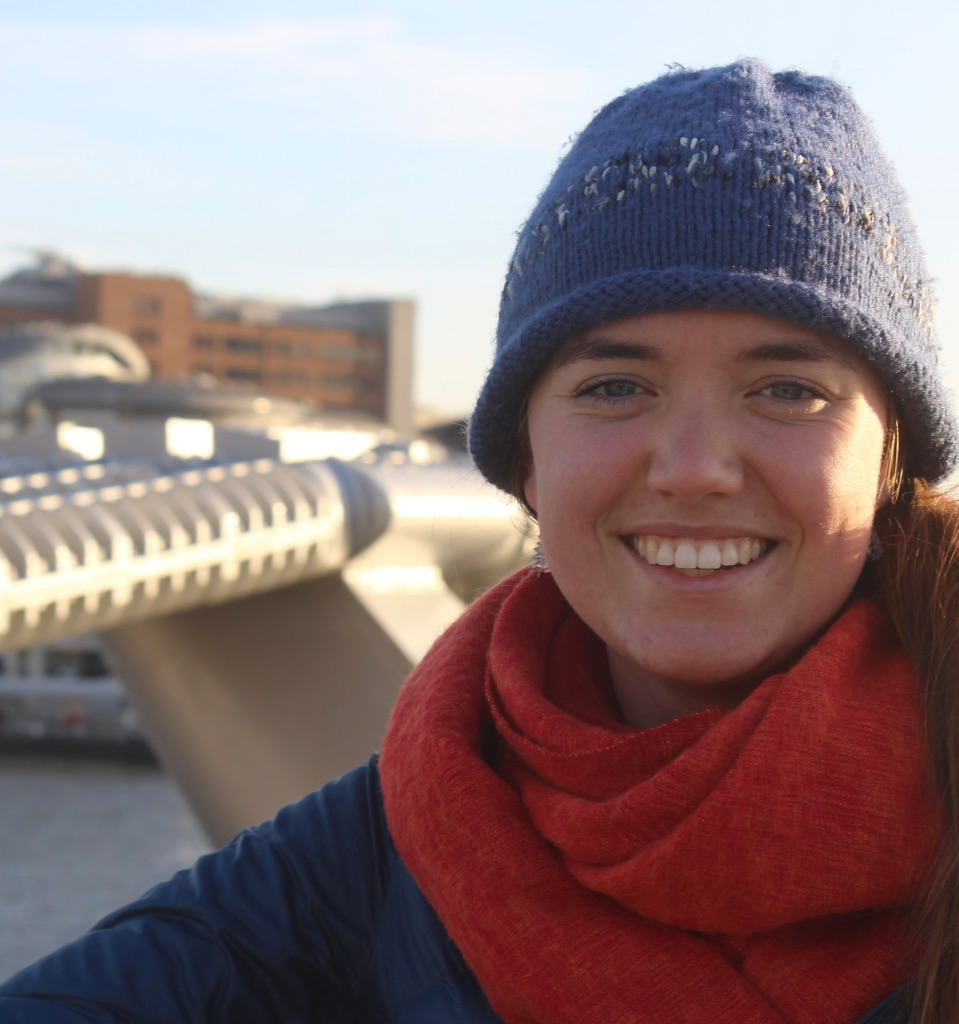 Lily Hartzell is a freelance writer based in Beijing, where she writes about the environment. A lifelong UU, she was raised in the Unitarian Universalist Fellowship of Redwood, California.