After 9/11, can Unitarian Universalists talk about evil?

Despite religious liberals' uneasiness with the word, we have something important to say about evil.

Angela Herrera | 9/5/2011
After 9/11, can Unitarian Universalists talk about evil?
After 9/11, can Unitarian Universalists talk about evil?
Angela Herrera
9/5/2011
UU World Magazine , published by the Unitarian Universalist Association
Ideas
UU Theology, Social Justice
The morning the twin towers fell, I was tucked into a king-sized bed next to my 18-month-old son, across the hall from my four-year-old daughter. In my memory, my husband is catching me in the liminal state between waking and sleeping, and he is saying quietly, “a plane flew into the World Trade Center in New York.” I can’t fall back asleep, and so I pass through the hallway into our living room in Keizer, Oregon, 3,000 miles away from the fray, and watch what looks like a terrible accident darken, blooming into two towers—no accident now—and then into a new era in Western civilization.

For the first time in my generation’s lifetime there had been a serious attack on American soil. I was 24, getting ready to start college, and suddenly my baby son looked like a future Selective Service candidate, and—even though that was years away—as President Bush vowed to get even with Osama bin Laden, the idea of a draft lifted itself off the pages of the history books and became a potential reality.

President Bush called the attacks “evil,” probably not a word I would have come up with on my own. I had not yet gone to theology school, not yet become a minister, and people my age—unless they grew up in very religiously conservative homes—have not heard that word much. I had grown up Unitarian Universalist. To me, “evil” sounded archaic, like something theologians debated or ministers pounded the pulpit against back during World War II (in regard to another “axis”) or during the Cold War.

The idea of evil sounded like something that has to do with the Devil. As a Unitarian Universalist, I did not and do not believe in the Devil. I believe in the inherent worth and dignity of every person. Yet here was a challenging case: Osama bin Laden and his followers had made it their life’s mission to inspire fear and cause death and suffering.

Al Qaeda attacked the U.S. not in the midst of an otherwise perfect world, but in the midst of a world in which genocide and mass murder have become disturbingly familiar. 9/11 brought evil onto land that white Americans in particular had become accustomed to thinking of as sacred and inviolable and that most Americans were not accustomed to thinking of as a reasonable target. Suddenly, all Americans were reminded that there may be no place on the planet where evil cannot go.

If we are going to use the word evil, what do we mean by it? It is hard to define.

Is it any suffering, like suffering caused by illness?

Is it any bad luck?

Is it harm perpetrated against one being by another?

Is it harm done by thinking beings?

The social scientist James Waller suggests there is a consensus definition of evil as anything detrimental to the wellbeing of living things. You can divide this broad definition of evil into two categories, he says: natural and human.

In thinking about evil—and especially about the 2001 terrorist attacks—I will be addressing only the evil of humans harming other humans.

There is a tendency in religious liberalism to approach certain moral issues with some tentativeness. This comes from a very important value of ours: open-mindedness. Who are we to judge? And how are we to know what is good or bad, in the grand scheme of things? And didn’t Jesus say, “judge not, that ye be not judged”?

When I was preparing a workshop presentation with three colleagues on the topic of evil and 9/11 for the Unitarian Universalist Association’s 2011 General Assembly, I shared some of my notes with a group of about thirty people in my congregation in Albuquerque, New Mexico. Probably half of them were against the idea of using the word evil at all, even when it came to people causing intentional harm to other people.

Discomfort with the notion of evil has deep roots in our religious tradition. In 1887, William Channing Gannett proposed a set of beliefs defining Unitarianism, one of which was: “We believe that good and evil invariably carry their own recompense . . . ; that heaven and hell are states of being; that no evil can befall the good [person] in either life or death; [and] that all things work together for the victory of the Good.”

Everything happens for a reason, he is suggesting.

The mid–twentieth century theologian Reinhold Niebuhr complained that the problem with this kind of thinking is that it is “useless for dealing with reality.” Rabbi Harold Kushner might as well be thinking of us when he writes, “Sometimes, in our cleverness, we try to persuade ourselves that what we call evil is not real . . . but is only a condition of not enough goodness, even as ‘cold’ means ‘not enough heat,’ or darkness is a name we give to the absence of light.”

At the very least, we need to keep the idea of evil if we are to speak candidly about the harm human beings do to each other.

Others in my congregation worried that the word evil is a conversation stopper, or at least a reflection stopper. When we categorize someone else as evil, they said, we stop thinking about the capacity for evil within ourselves. We make it other.

This is a wise worry, I think. If evil existed outside of ourselves, we could vanquish it once and for all, right? If the capacity for evil were not in some way inherent to us, then our early-twentieth-century forebears would be right that education will save us.

Reality is more complicated than that. Educated people do evil things. According to social scientist James Waller’s book Becoming Evil, the most disturbing truth about the evil of genocide and mass murder is that it is often carried out by people who are not sick or crazy, but who are otherwise normal people, like you and me. “Perpetrators of extraordinary evil are extraordinary only by what they have done, not by who they are,” he writes.

A spiritual value closely related to open-mindedness, but deeper and harder to practice, is spiritual humility.

In the aftermath of the Holocaust and World War II, in response to liberal religion’s inflated estimation of human nature, Reinhold Niebuhr argued that the problem with people is the tension between our creaturely and divine sides. We are animals, but we are conscious and spiritual. The problem, he argued, is that we consistently overestimate ourselves. This leads us to harm one another and to create, support, or not resist systems of oppression.

If we are spiritually humble, we can call out evil without pretending we don’t have to be on guard for it within ourselves. Since 9/11, liberals and progressives, who often acknowledge that America’s accomplishments and values have often been tightly woven to racism, oppression, and empire-like tendencies, have been accused of showing a lack of patriotism. But really, I think it is patriotic humility, and not unrelated to spiritual humility.

This is where religious liberalism, even though it has underestimated humankind’s capacity for evil in the past, has something important to say about evil. We are called to balance the naming of evil in the world with the need to be humble and on guard for it—not as the dangerous other that would try to trick us, but mingled right here with the best of ourselves.

And we must call it when we see it. If we are in touch with reality, we must be willing to use the word evil. We need the word evil to describe parts of the human experience—out of respect for the people who are harmed, and also because only after we name it can we ask the theological question: Where is God or Grace in this?

And then, if we listen, we’ll hear the answer—because it’s implicit in the next question: What can we do?

This essay is adapted from a panel discussion entitled “Ten Years after 9/11: A New Generation of Ministers Responds to Evil,” with the Rev. Angela Herrera, the Rev. Lucas Hergert, the Rev. Robin Tanner, and the Rev. Aaron White at the UUA General Assembly, June 23, 2011. People who registered for the 2011 GA can listen to the full discussion for free; others may download the presentation for $5. 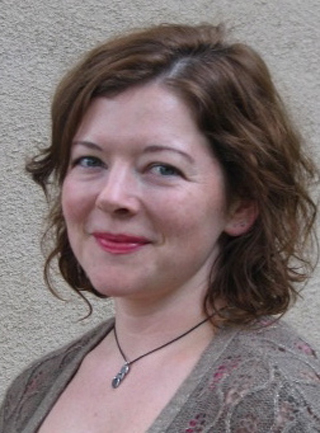